The New Order has eyes and ears everywhere. As we saw earlier this week, sometimes the carebears stream their highsec crimes on Twitch--unwittingly providing us with their own eyes and ears.

Once again, an illegal miner was caught broadcasting footage of his own larceny. Agent 290xanaots caught on within minutes.

Because the miner in question was a newbie in a Venture, our hero mercifully gave him a warning and instructed him about his obligations under the Code.

Incredibly, the miner remained defiant. He was a baby bot-aspirant. So 290xanaots handed the matter off to Agent Jake Makbema. Would Jake be able to teach the miner a lesson?

It was a trick question! In fact, Jake's destroyer got caught and killed by faction police along the way to the target system. But here's the thing: A key reason the New Order always wins is that we never give up. We lose ships constantly; it's part of what we do. Setbacks are irrelevant. One destroyer goes down, and another pops up. 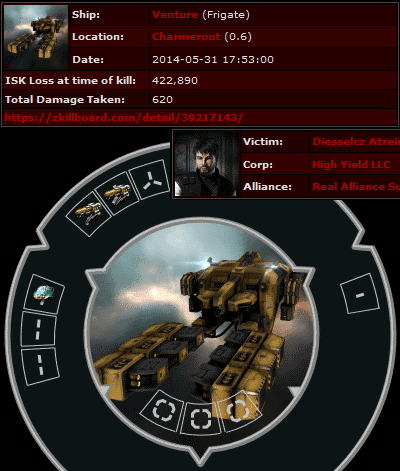 And in the end, victory is always ours. Agent Dreadchain picked up where Jake left off, killing the Venture and its pod in a tour de force.

Among the Twitch streamer's former belongings was a "Mass Production" skillbook, pointlessly stored in the Venture's cargo. The miner had it all wrong. EVE isn't about skillpoints and expensive ships, but it's not about overwhelming numbers, either. You can produce massive amounts of garbage, but it's still garbage. Even a single Stabber pilot can be more powerful than a hundred thousand carebears. The New Order's spirit is what matters most in EVE.

Having been punished for his crimes--despite being warned by a friendly neighborhood Agent!--the carebear decided EVE wasn't for him after all. I guess he wasn't hooked on mining enough to buy another Venture.

After quitting EVE, the carebear loaded up StarCraft II's "World War Three" mode and began streaming that, instead. 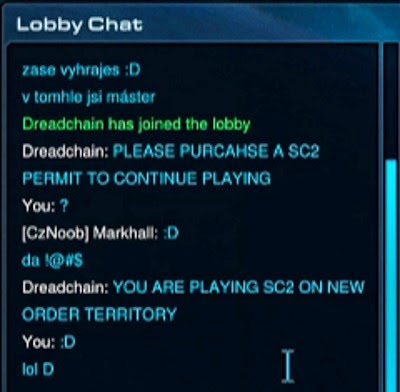 ...But the New Order wasn't done with him just yet. The miner had been so hasty to quit EVE that he failed to stick around for Dreadchain's post-gank lecture on the Code. 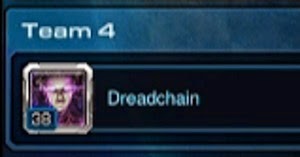 Desperate measures were needed. Dreadchain proved he lived by the New Order motto, "No miner left behind."

Our Agents are extraordinary people in so many ways. They are the best of the best of EVE. They are elite, within EVE and outside of it. 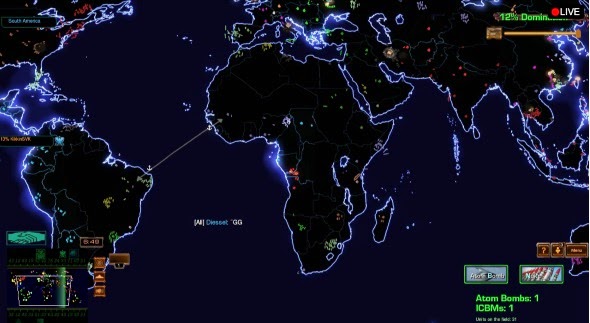 The streamer soon learned that our Agents' skills are not limited to ganking and bumping.

It was a day of victories. Hopefully everyone on the Twitch stream learned a lesson, beginning with the streamer himself. Always bet on the New Order.
Posted by MinerBumping at 18:57