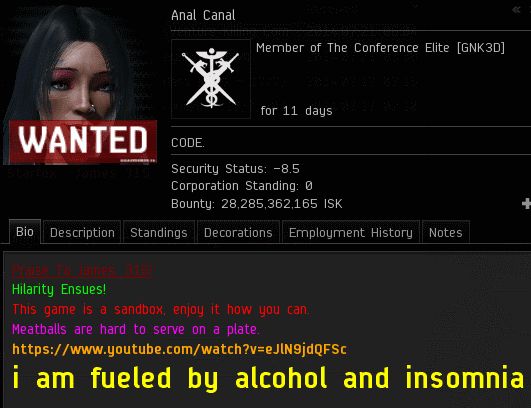 A Venture-killing contest is an interesting idea. They are the smallest and cheapest of the mining ships. At a time when the New Order is making freighters drop like flies, having players compete to gank Ventures demonstrates the full scope of New Order authority. Personally, I have disliked Ventures ever since I saw the artwork for them, which doesn't fit with the rest of EVE's ship models. Also, they were intended to be used for lowsec/nullsec ninja-mining, but have been abused by people who AFK mine in highsec instead.

Critics will say, "Killing Ventures? There goes the New Order again, picking on new players." To which I reply, "Not at all. Not at all."

If you've never ganked miners before, or if you've just joined EVE, this contest is perfect for you. New players will find it easier to gank a Venture than one of the hardier mining ships. When you think about it, this is one of the most newbie-friendly activities ever organized by the New Order.