Which Corps Should You Wardec?

Though Agents of the New Order are notoriously effective suicide gankers, and though the New Order invented the modern practice of miner bumping, Agents have other means of enforcing the Code. The New Order counts among its supporters some of the finest wardeccers and awoxers in all EVE. But I am often asked the question, "Whom should I wardec? What alliances should I try to awox?"

I like to think of the battle for highsec's heart and soul as a kind of relay race. It's not always possible to save a rebel corp or an alliance of bot-aspirants all on your own. Agents pass the baton to each other, knowing that eventually the carebears will see the light (or leave highsec or quit EVE).

If you're looking for a corp/alliance to wardec or awox, there's no better place than MinerBumping to conduct your research. You can find countless stories about Code violators who need your help. If the criminal is a member of an alliance, or if his corp is too large to conveniently dissolve and reform, you've got yourself a good target. Sometimes the entire corp/alliance is defiant. In other cases, they simply harbor one bad apple. In those instances, I recommend contacting the corp/alliance diplomat or CEO and letting them know that the wardec/awox was a result of that member. Carebear corps and alliances are often willing to expel a troublemaker.

For the remainder of this post, I'll give you some examples of suitable targets that I found simply by browsing the pages of MinerBumping. 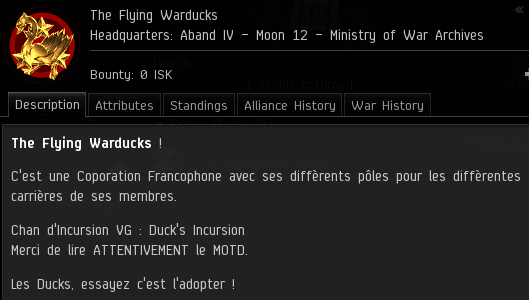 Corp: The Flying Warducks
Size: 27 members
Post: Highsec Toad Trotter, Part 1
Criminal History: This corp is currently harboring toad trotter, author of the longest tearmail in New Order history. They have not contacted the New Order to explain why they failed to expel her for her Code violations. Apparently the corp is primarily French-speaking, so it's possible they are not regular readers of MinerBumping. If so, that would be another red flag. 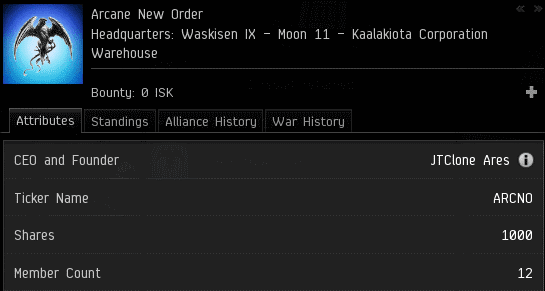 Corp: Arcane New Order
Size: 12 members
Post: Attack of the Clone
Criminal History: JTClone Ares founded this corp with the express purpose of destroying the New Order. Recently he has taken to releasing SoundCloud recordings about his desire to restore highsec to its pre-Order madness. 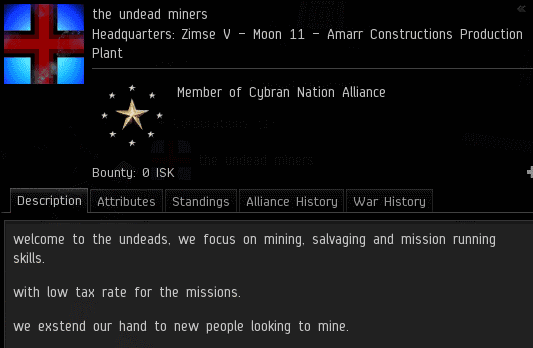 Corp: the undead miners
Size: Alliance: Cybran Nation Alliance
Post: All Strussed Out
Criminal History: The corp's CEO is Lisanna struss. She tried to stop a gank, failed, vowed to take down the New Order, and ranted on TeamSpeak. So far, she has refused to purchase a mining permit. 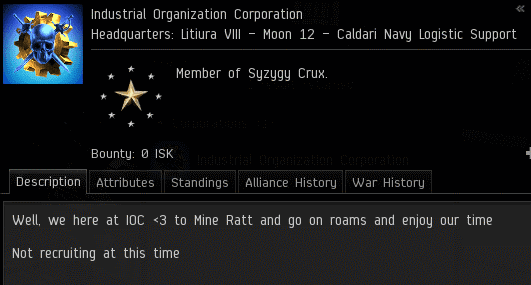 Corp: Industrial Organization Corporation
Size: Alliance: Syzygy Crux.
Post: Learning and Not Learning
Criminal History: The corp's CEO is Ms Launa, who famously spent at least 45 billion isk putting bounties on New Order corps and the CODE. alliance. This worked to the New Order's advantage, since we can collect some of the bounties during ganks and recover part of the ships' cost. Further interactions with Ms Launa may result in additional bounties. 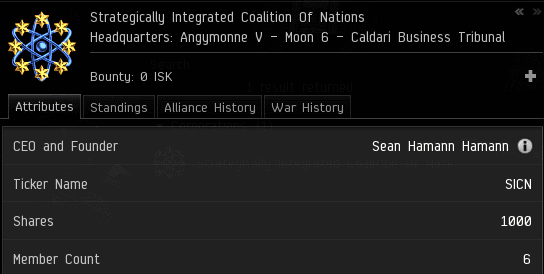 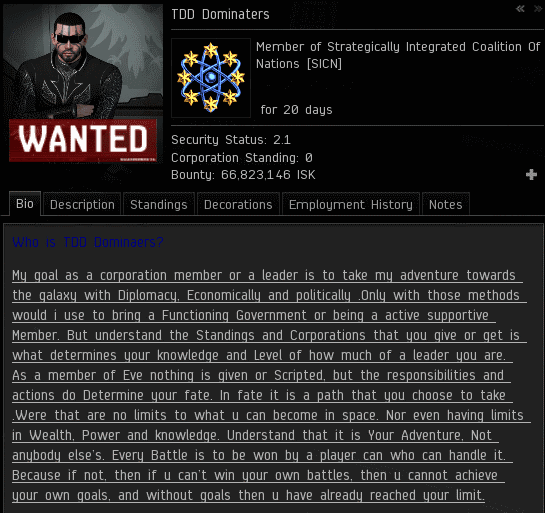 Yes, TDD Dominaters is at it again. Intel reports suggest that he is the alt and/or account sharing with the corp's CEO, Sean Hamann Hamann. Given TDD's history of exploiting new players with excessive tax rates and commanding them to do mining ops during wardecs, we can say with confidence that his corp is up to no good. 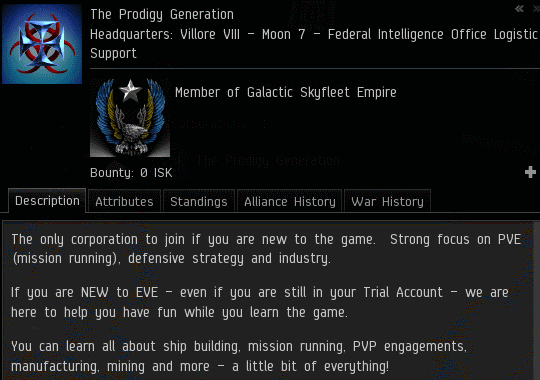 Corp: The Prodigy Generation
Size: Alliance: Galactic Skyfleet Empire
Post: A Little Bit of Everything
Criminal History: The corp's CEO is Psychoinmate Assylum, who claims to be in the business of training new players--even those with trial accounts. In reality, his only intention is to poison our fair highsec. Psychoinmate believes the Code's very existence is against the EULA, and he produced a screenshot of himself filing a frivolous petition to that effect. He's also known for this remark:

Clearly, Psychoinmate has insufficient respect for the New Order.

Corp: Earth Breaker Mining Collective
Size: 25 members
Post: Accountability Begins with a Permit
Criminal History: Members of the corp were instructed by its leaders to buy mining permits and then violate the Code. This shocking revelation came to light when the corp was infiltrated by a New Order Agent--who then executed a devastating awox attack. Although its former CEO (and "co-founder") quit, the corp is suspected of continuing to break the Code at every opportunity.


The frightening truth is, there are many such corps operating right under our noses in highsec. Do you have what it takes to bring these criminals to justice? Look up some random MinerBumping posts and find your next target today!
Posted by MinerBumping at 18:19