"Ten million isk for a permit is too expensive," says the greedy miner. "I pay CCP for my subscription and no one else," the isk-grubber boasts. And then we hearing the bleating, "How can a newbie afford to buy a permit?" The real question is, how can a newbie afford not to buy one? For we all know that it's far more expensive to go without a permit. Consider the costs incurred by the following non-compliants, from the week of March 12th @ 00:00 EVEtime through March 18th @ 23:59 EVEtime: 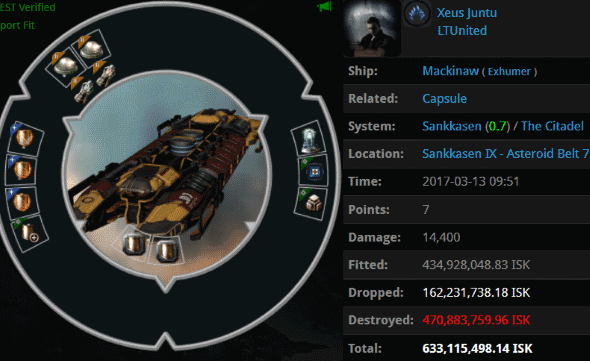 Xeus Juntu tanked up his Mackinaw with a highly flammable substance: bling. The pricey mods attracted the notice of Agents Luna Nightblood, Salah ad-Din al-Jawahiri, and Ralliana. As Agent Salah observed, the Mackinaw would've had 75k EHP, or 110k EHP if overheated--against Catalysts. So our infinitely versatile Agents brought Tornadoes instead. 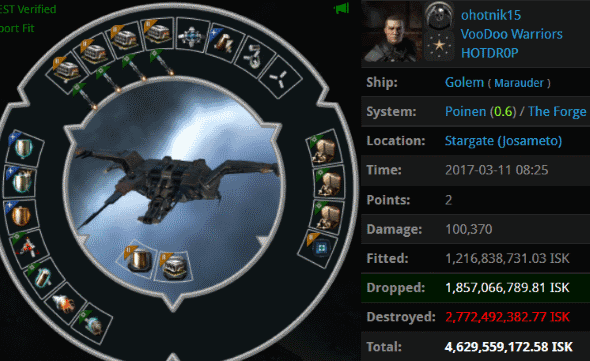 ohotnik15 went batty and invited CONCORD onto the killmail. 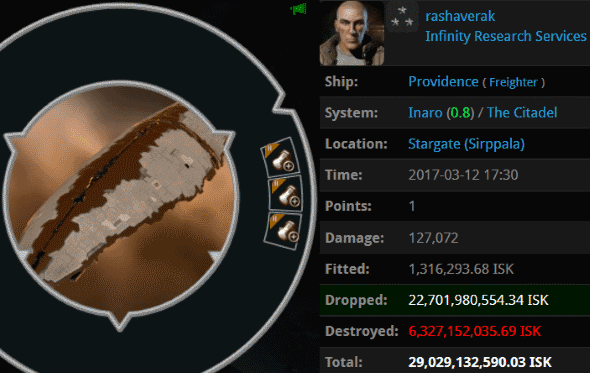 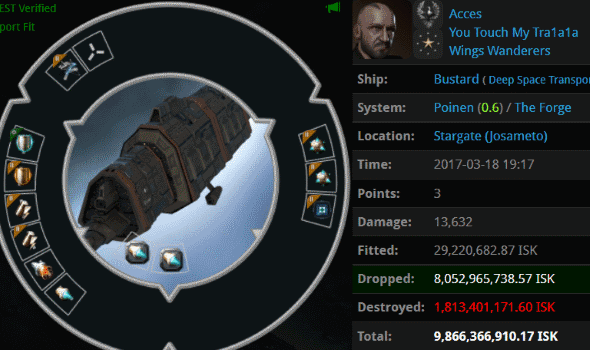 Another question: How many Deep Space Transports need to die before the carebears realize we're wise to their schemes? Acces thought he was very clever when he stuffed nearly 10 billion isk of cargo into his Bustard. But no one is cleverer than our Agents. Pod Destroyer Molly, Taxman Daniel, Tax Collector Richard, Tax Collector HongMei, and Tax Collector GetGoodKid blapped the Bustard and were horrified by what they discovered: 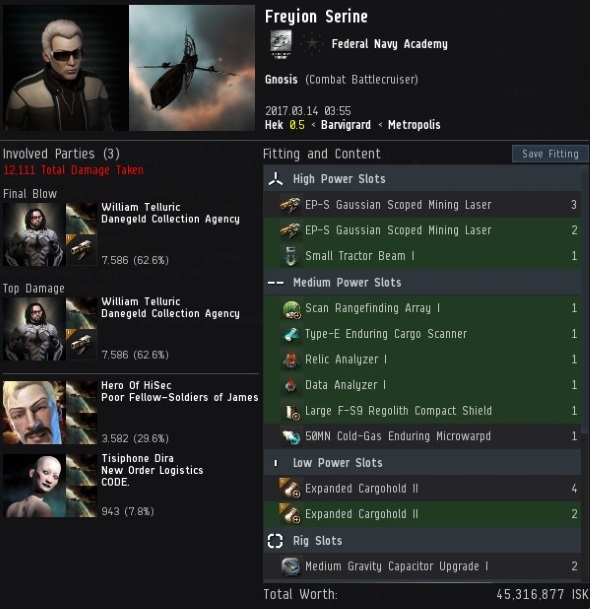 The carebear mewls, "Why don't you shoot ships that can shoot back?" To which we must respond, "Why don't you fit weapons on your combat ships?" Freyion Serine abused a Gnosis hull by fitting it with mining equipment and cargo expanders. Agents William Telluric, Hero Of HiSec, and Tisiphone Dira arrived and gave it a merciful death. 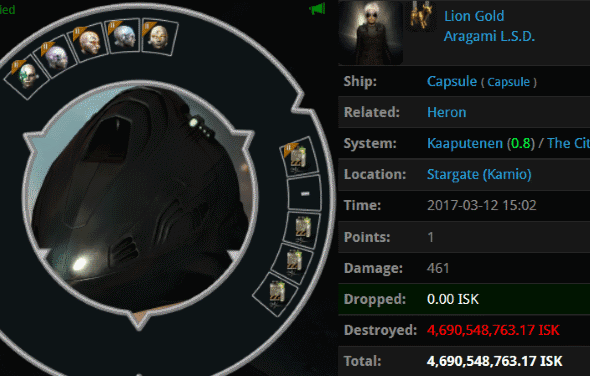 Lion Gold's is a sad story. She was autopiloting in a completely unfit Heron-class frigate. It was destroyed, but her pod kept plodding along and jumped through the gate into Agent HARMONY ST0NER SMURF's system. That's where her journey ended. 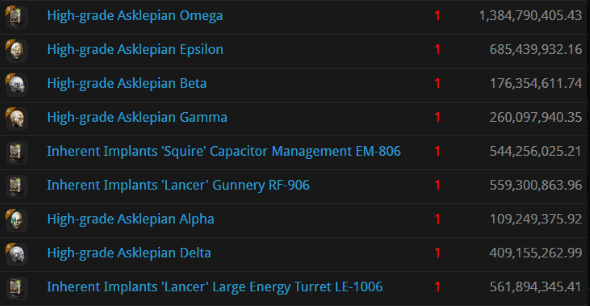 In all, 4.6 billion isk worth of implants were evaporated. If you're curious what an Asklepian set does, it's similar to a Crystal set: It provides a bonus to your armor reps. A must-have for any unfit Heron pilot.
Posted by MinerBumping at 20:09