The Slow and the Furious, Part 1

Jita holds a special place in the world of EVE. It's a system where fortunes can be made or lost in a day--often the same day, in the case of isk-doubling. It's also an incredibly busy system, a place where the teeming masses of highsec mingle together to exchange goods and ideas.

Not all of the goods and ideas are legit. Just as there are contract scams with empty packages, there are also faulty ideas.

Two carebears struck up a conversation with each other in Jita. Argyss Oqemi was the first to speak; Neocount heard his anti-Code rhetoric and immediately embraced him.

Agent Lawrence Lawton was in Jita at the time and logged the criminal activity. After a brief investigation, he learned the source of Neocount's vendetta: 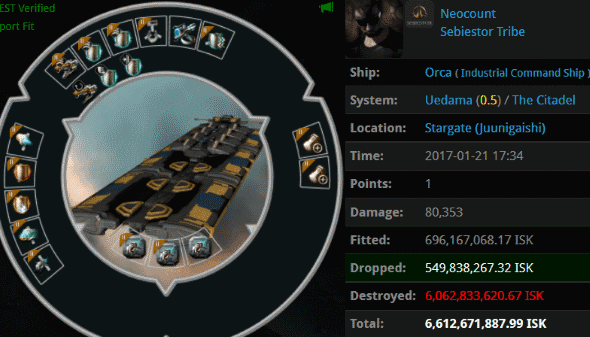 Several weeks earlier, Neocount had lost a 6.6 billion isk Orca in Uedama. He was still sore about it. Argyss' rantings in local inspired Neocount to voice his anger anew.


Argyss Oqemi > if you want to be serious enforcer dont send your pedo victims after me
Argyss Oqemi > its really messed up to make them do that for you after you touch them, and they are too shaken up to fight
Argyss Oqemi > CODE == PEDOPHILES
Neocount > Dude CODE are nothing but fucking Pedophile and i unblockedlawence fucking peophile to show that

Judging by the "conversation", Neocount was easily led. Unfortunately, he allowed himself to be led by a fellow carebear, rather than a responsible leader like one of our Agents.


Lawrence Lawton > Rude
Lawrence Lawton > New Order territory is a safe space for suicide gankers. Miners are required to put aside their prejudices and treat gankers with respect.
Neocount > the only people that attack defenseless people are CODE and pedophile
Neocount > Lawrence Lawton you are a RP piece of shit that has no morals nor capacity
DIRTNAPZ > he hates retards

The New Order believes in free speech, but it also has to be fair speech. Agent Lawrence politely reminded the miners that Jita local is meant to be used in service of the Code, not to thwart it.

It didn't take Lawrence long to win the argument. He had logic and facts on his side; the carebears only had their misguided rage.


Neocount > if you COULD PVP you would be in null sec but no, you prey on the defenseless
Neocount > the expectation is that i have is that people are decent human beings, you are not
Lawrence Lawton > Calm down, miner. Highsec is the elite PvP zone. There is neverending content.
Neocount > don't tell me to do anything you piecve of shit, you wanna take anyones' time or in game money?

All of Jita bore witness to the scene: A well-mannered, intelligent Agent, and a pair of vile, unruly carebears. Lawrence could sense that the crowd, though still mostly silent, was with him.

Neocount and Argyss agreed that MinerBumping.com would be easy to hack or DDoS. That would have to wait, though. For the moment, they were content to make fools of themselves in local.


Lawrence Lawton > A mining permit would help you calm down. Send me 10m ISK and I'll get you sorted.
Shiu Len > james 315 can suck my code!!!!
Lawrence Lawton > James 315 is not interested in your sexual fantasies.
Neocount > you are a piece of shit, and you will always be nothing more than a piece of shit that preys on freighters and miners that can't defend themselves
Lawrence Lawton > Keep local clean. Miners should be courteous in local and should refrain from the use of profanity.

Lawrence repeatedly quoted the Code to show that the miners were in the wrong. Yet he was still having trouble getting through to them.


Neocount > coward
Neocount > fucking coward
Neocount > nothing more than a fucking coward i8s all that james 315 is
Ella Sokarad > So nasty and rude in local tonight
Lawrence Lawton > Miners need to calm down. They're killing the game!
Neocount > no, code is killing the fucking game, fucking alp[-has, pie3ces of shit, you wanna get your rocks off, get a prostitute, if you wanna pick on somebody, pick a fight in real life, you so much a coward you pick on freighters ineve

Jita local was becoming almost as toxic as the Anti-Ganking channel. Lawrence worried that it might have a negative effect on the retention rates of new players. Was there any way to get these miners to calm down?

To be continued...
Posted by MinerBumping at 15:56