The Whines of Change 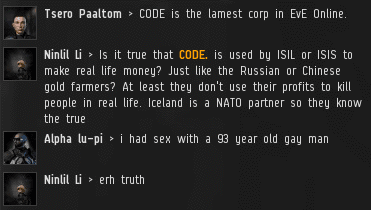 Highsec can be a wild, unruly place. Only the Agents of the New Order are powerful enough to tame it. 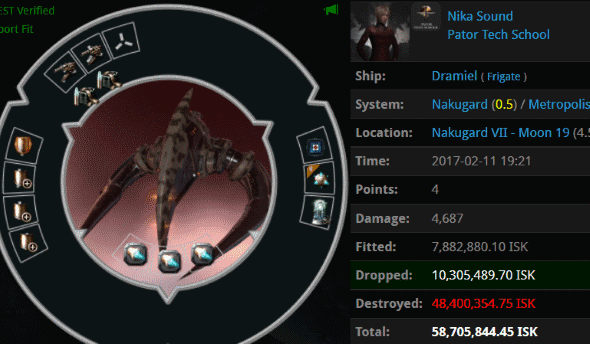 Agents Alt 00 and Alt Proxy detected a hostile Dramiel in Nakugard. Since they love to shoot ships that can shoot back, they eagerly went into battle against it, and won.

Nika Sound was not amused. But it was not the destruction of her Dramiel that got her so riled up... 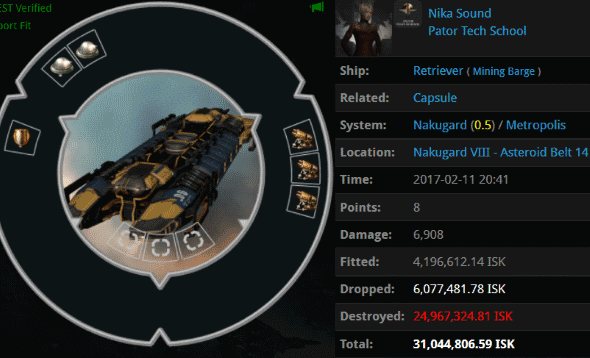 You see, barely an hour after our Agents ganked the Dramiel, Nika went into the asteroid belts with a Retriever--as if a mining barge is a safer option. Like I said, highsec needs taming. 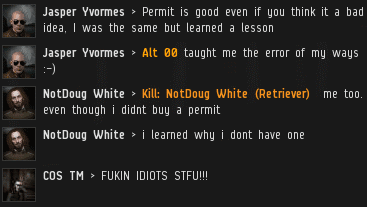 Despite the strangeness of the miners' culture and their carebear logic, our Agents are making deep inroads. Increasingly, highsec PvE'ers are adopting the Code--embracing it, even. They encourage their fellow miners to buy permits. But not everyone is happy about the direction things are headed.

Take retsudsag, for instance. He saw highsec's march of progress and thought it was a bad thing for some reason. 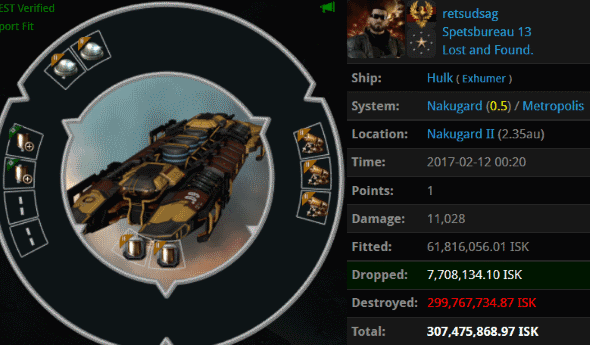 Most likely he was simply biased against the New Order for killing his Hulk. If he could be made to see things objectively, he would almost certainly join his fellow miners in adopting the Code. Upon ganking retsudsag, Alt 00 inspected the miner's bio: 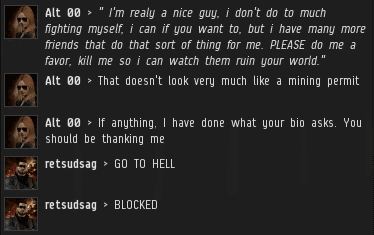 retsudsag was furious to have his own bio's words used against him. In other words, he was a hypocrite. 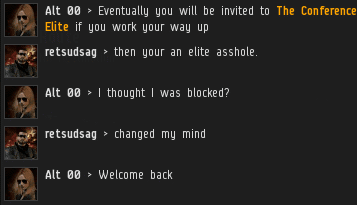 When someone says they're blocking you, nine times out of ten they haven't really blocked you. If someone tells you about the "block", it's because they still care. The ones who really block you don't say anything; they just do it. 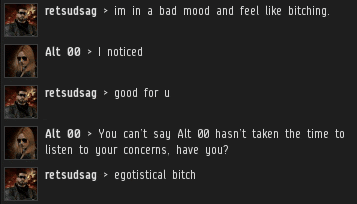 retsudsag had chosen to leave a channel of communication open--just a crack, but still open. Alt 00 was confident that deep down, a little part of retsudsag knew the Code was right. 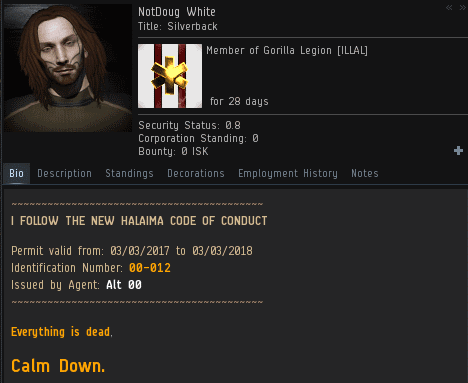 An epilogue: NotDoug White eventually chose to follow the example of his friends and corpmates by buying a mining permit. 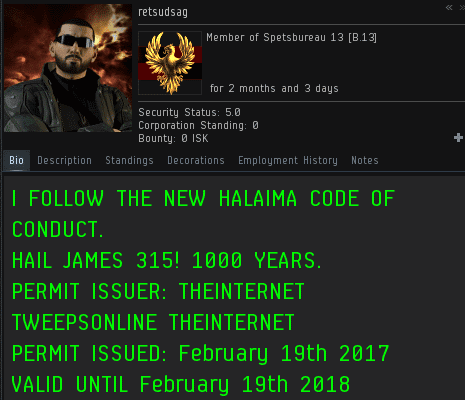 And as for retsudsag? After losing a second Hulk to another group of Agents two days later, he deleted his old bio and replaced it with a mining permit.

One hundred percent Code compliance isn't some crazy dream; it's a given. And the day is coming soon.
Posted by MinerBumping at 17:02