Tears out of Five Thousand, Part 1

As the absolute rulers of highsec, the New Order must frequently consider the question: Are our miners learning? 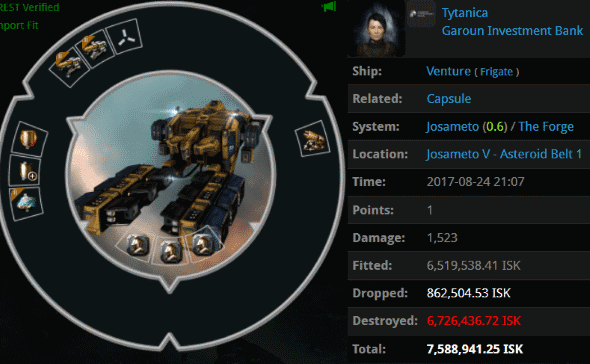 Tytanica was caught mining illegally in the Josamento system. Agent D34dly D34dly of the PKing Since Pong alliance terminated the miner's Venture. Since she was still asleep, he was also able to destroy her 96 million isk pod, which contained a set of Standard learning implants. 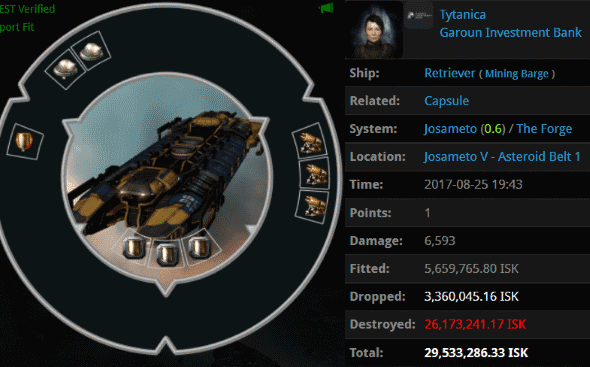 The very next day, Tytanica was caught again. She was mining in the exact same system--even the same asteroid belt! She'd upgraded to a Retriever, which was partially tanked. And once again, she was too slow to save her pod. Just like the day before, it contained a 96 million isk set of learning implants. 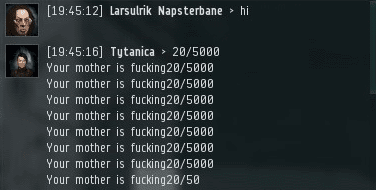 Agent Larsulrik Napsterbane, one of the gankers on the most recent kill, received a convo request from Tytanica. The miner's tears were odd. Is this the new thing--crypto tears?

Larsulrik tried to help the miner, but she persisted in her madness. 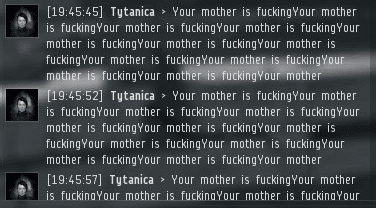 Tytanica began to spam the convo. Her strategy didn't increase her chances of getting her loss reimbursed, that's for sure.

Tytanica's foul spam continued. Agent Larsulrik had a revelation: The miner was angry! 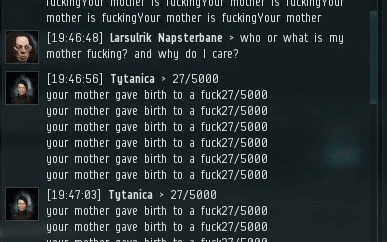 When Larsulrik asked the miner a question, she responded by changing her repeated message. She also went back to doing that strange number thing. She truly was a bot-aspirant. 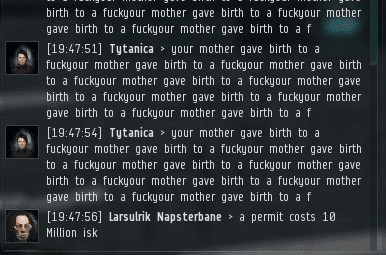 Our Agent's Code-based wisdom pierced the fog of spam like a beam of light cutting through the darkness. But was Tytanica capable of comprehending it? 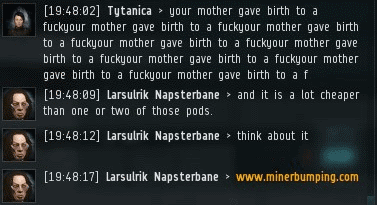 Carebears often whine about not getting enough warning about the Code. Actually, our Agents are very interested in directing people to the Code. The reason miners lose ships is that they act more or less like Tytanica. 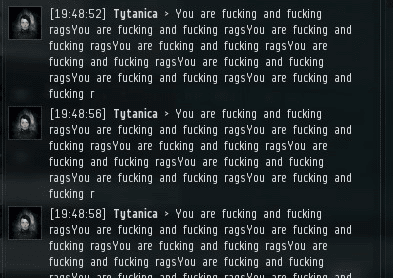 Tytanica's spam messages continued to evolve--but too slowly to be of any real use to anyone. 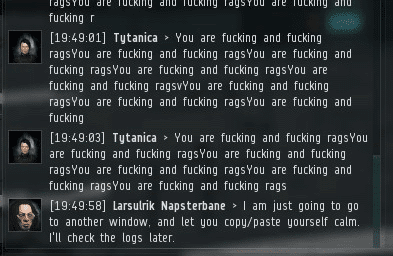 Larsulrik considered the possibility that spamming was the miner's way of trying to calm down after losing her Retriever. Maybe it was like someone counting to ten when they get angry. Our Agent left the miner to it.