Every System in Highsec 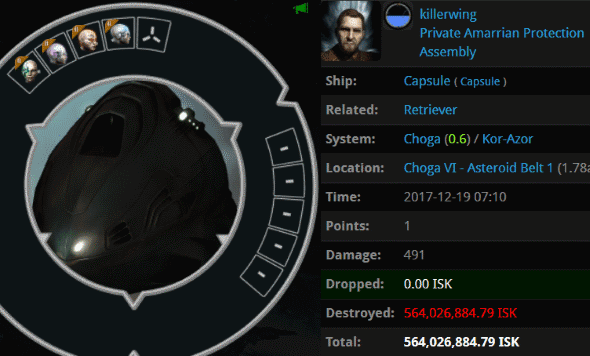 killerwing lost a good-sized pod for a Retriever pilot. Agent Jack Van Impe ganked killerwing in the exotic Choga system of the Kor-Azor region. As for the true significance of this kill--actually, the Retriever kill corresponding to it--I will allow Black Pedro to explain: 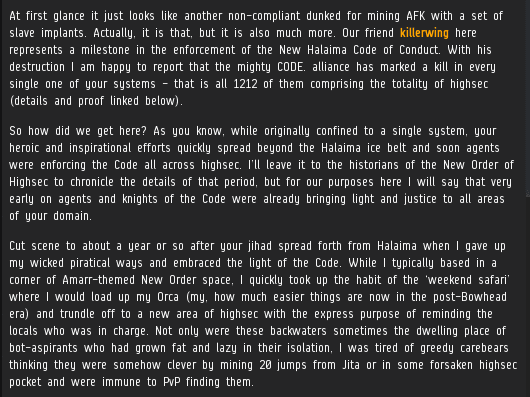 Astonishing but true: The mighty CODE. alliance has killed Code violators in each and every one of the 1,200+ systems of highsec. That's a lot. Sometimes I forget just how many systems I own. 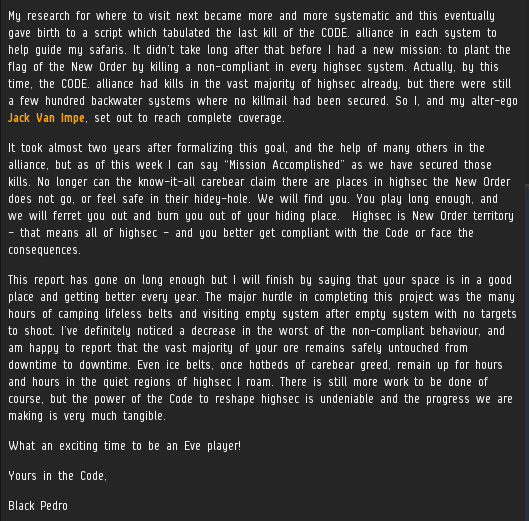 I've been aware of Black Pedro's kill-tracking project for quite some time. What an achievement to unlock! Imagine all of those miners thinking themselves clever by mining in obscure, out-of-the-way systems, only to give our Agent the satisfaction of scratching another system off of his list. Few people can know highsec geography as well as Black Pedro does, having undertaken such an enterprise as this.

Here's a link to his spreadsheet.

There is truly no place in highsec for the bot-aspirant to hide.
Posted by MinerBumping at 18:22