The key to a healthy, vibrant highsec ecology? Very, very, very strong enforcement of the Code. Nothing else works, believe me. But just in case you don't, read up on what happened during the week of December 24th @ 00:00 EVEtime through December 30th @ 23:59 EVEtime... 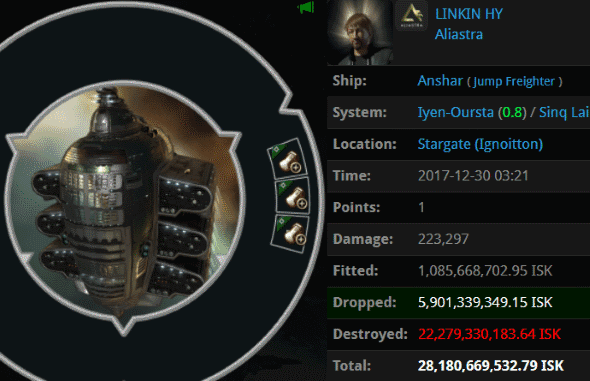 KILLMAIL
Uedama is a favorite location for ganking freighters in part because it's a 0.5 security system. Perhaps recognizing this, LINKIN HY did his best to stick to safer systems, such as Iyen-Oursta, which boasts a stifling 0.8 security status. What he didn't count on was a massive fleet from the mighty CODE. alliance.

Interestingly, another 22.5 billion isk jump freighter in the same system, also equipped with a rack of ORE cargo expanders, was killed that same day. Was there some sinister plot at work? KILLMAIL
...Maybe so, because Gina Lin also lost a triple-ORE jump freighter in the same system. Same day, too. Gina's monster was even more expensive, weighing in at nearly 35 billion isk! 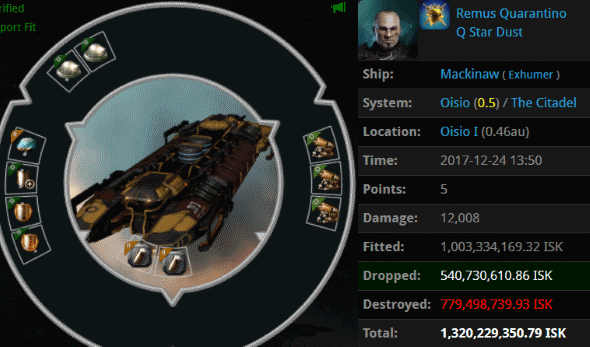 KILLMAIL
Blingy exhumers are a thing of the past, but don't tell that to Remus Quarantino. Actually, do. He needs to hear it. Agents Maximus Gooseman, Edmund Sublett, and Salah ad-Din al-Jawahiri reduced the miner's 1.3 billion isk Mackinaw to stardust. 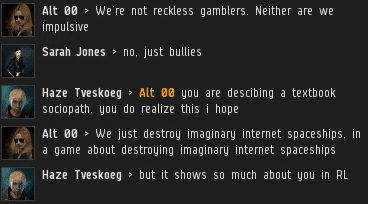 Remember Haze Tveskoeg? He's one of Nakugard's uppity miners. He eventually decided to start mining in a Skiff, not so much out of deference to the Code, but because he thought it would make him immune. 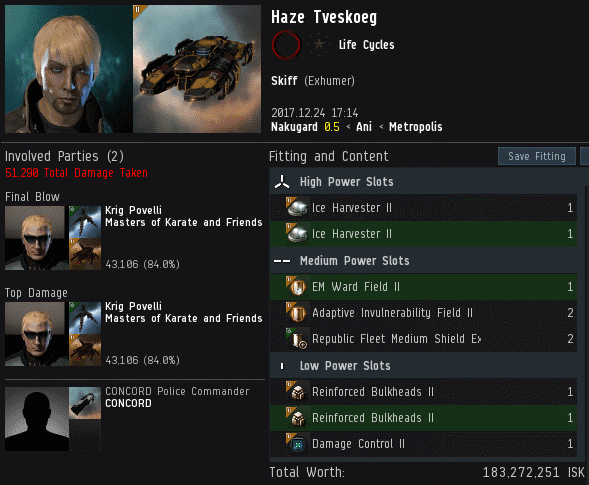 It didn't. Haze was defeated in elite PvP by Agent Krig Povelli. CONCORD also intervened in the battle, not that Krig needed the help.

In the wake of his stunning defeat, Haze found himself at a crossroads.

Instead of crying any further, Haze chose a different path. 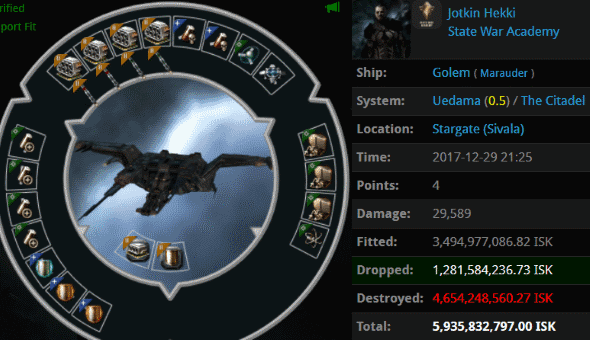 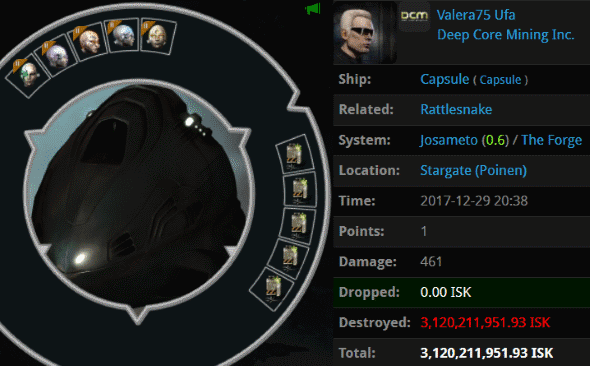 KILLMAIL
Valera75 Ufa managed to disgrace himself in a battleship, too: He lost a 2.3 billion isk Rattlesnake and then Agent Tax Collector HongMei popped the bot-aspirant's 3.1 billion isk pod. What a memorable day that must've been for Valera75. 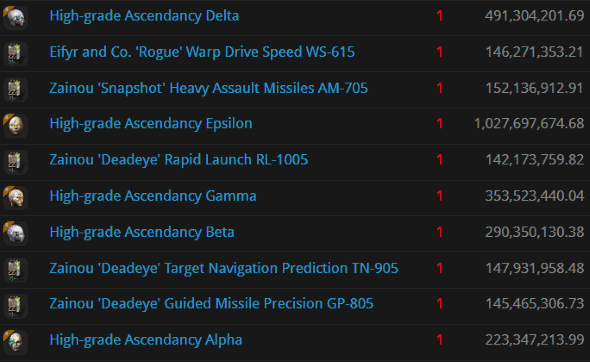 Whoever sells all these expensive implants must love the New Order.

The buyers, less so.
Posted by MinerBumping at 19:10