How do you know if a miner is a Goofus?

...Don't worry, they'll tell you. Welcome to yet another glorious edition of the Highsec Miner Grab Bag!

You know the tide is turning in our direction when the whole essence of the English-speaking world supports the Code. That's a lot of hearts and minds. 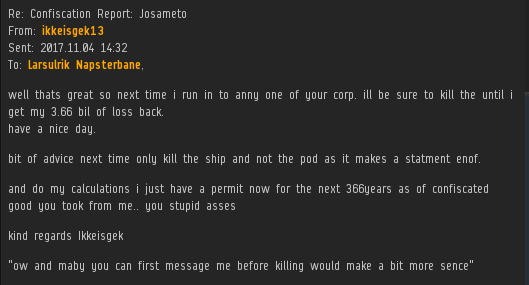 Beware the highsec miner with a calculator. I don't know if ikkeisgek13 forgot to carry a one or whatever, but he's way, way off. According to my calculations, he owes our Agent 10 million isk.

You'll never find an angrier EVE player than one who's recently been engaged in highsec PvE. "New player experience" indeed. 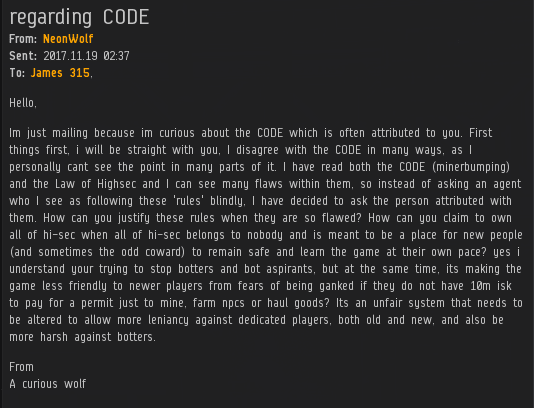 Protip for NeonWolf and his ilk: If you think the Code is "flawed", then you haven't studied the Code closely enough. 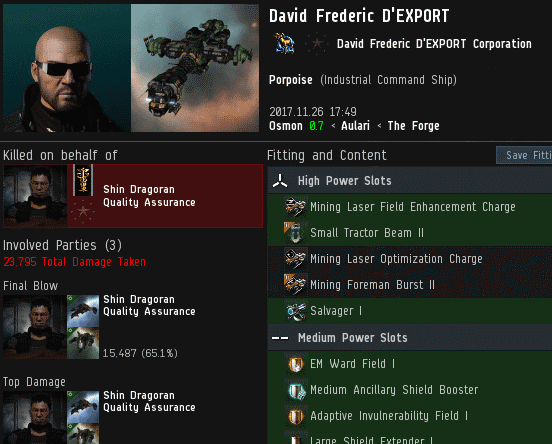 DAvid Frederic D'EXPORT was mining with an active kill right. He was quickly dispatched: 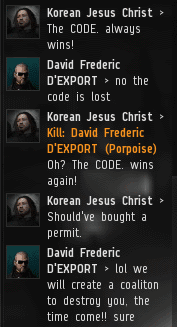 Nullsec may be stagnant, but highsec has new coalitions forming all the time!

Better ask NeonWolf. Apparently he's some sort of expert on the Code. 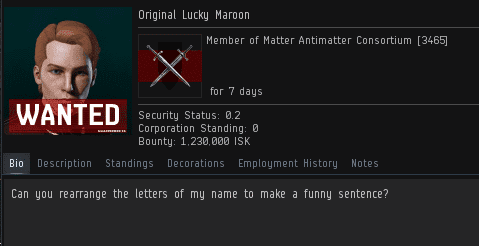 Last month, we read about Original Lucky Maroon's daring double Orca awox in The Secret Message. Our hero offered 10 tech II Catalysts to anyone who could unscramble his name. As far as I know, no one has come forth to claim the prize. So I'll reveal the answer here: Original Lucky Maroon becomes "I'm gonna kill your Orca". Unfortunately for Original's corpmates, they couldn't solve the puzzle, either. 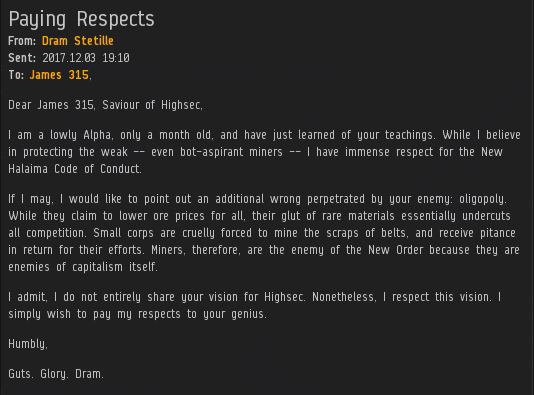 Aside from Dram Stetille's comment about not "entirely" sharing my vision, this is a pretty good EVEmail. He had the courtesy to pay his respects to my genius. Now let's see how not to write an EVEmail to highsec's Saviour: 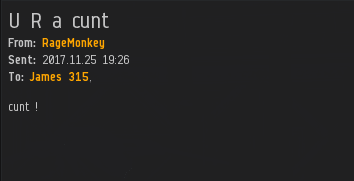 In fact, RageMonkey was in a particularly bad mood when he sent that message. Earlier in the day, Agent Aaaarrgg wound him up by using the classic New Order trolling tactic of being in local.

Nothing infuriates a bot-aspirant quite like seeing a member of the mighty CODE. alliance in the system. No wonder they get so angry. We drive them to it--or so I'm told.

Like I said before, our Agents don't need to worry about identifying the Goofuses. They reveal themselves.
Posted by MinerBumping at 19:11