Previously, on MinerBumping... All Agent Yucie Van Burean did was put a friendly 315,315 isk bounty on Fictions, but the carebear overreacted. In his fury, he declared war against Yucie's small corporation. To Fictions' horror, this resulted in The Marmite Collective joining as an ally. The carebear recoiled, accusing Yucie of bullying him by allowing him to wardec her corp.

Yucie's corp, Vanks, chalked up some victories against Fictions' corp during the week of war. All Yucie had to do was sit back and let the Marmites do their thing. After the war was over, Fictions went quiet. He didn't want to get his corp into any more trouble. 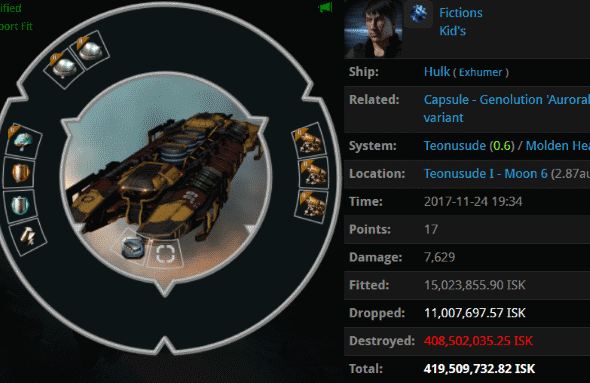 Though Fictions was a 2006 character, he loved to spend his time mining in highsec. Despite his earlier encounter with Agent Yucie, Fictions still didn't own a mining permit. Eventually, his misdeeds caught up with him. 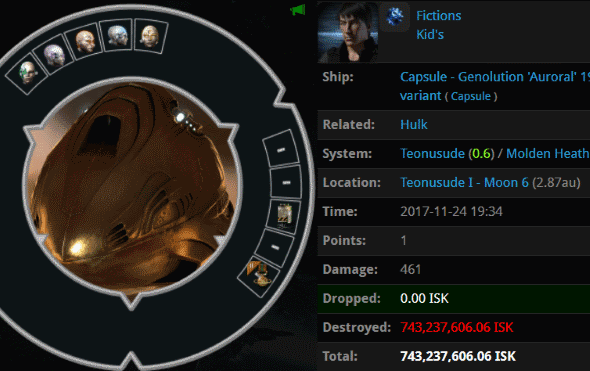 Between his pod and his Hulk, Fictions lost over a billion isk.

The gankers in question were Agents Alyth Nerun and Ima Wreckyou. Fictions received a termination notice from Karak Terrel, a member of Alyth's corp. Karak was extremely polite and diplomatic about the whole thing. Now it was time for Fictions to prove he could do the same:

Alas, the miner was a Goofus.

Speaking personally, I rarely have positive interactions with people who say "FUCK YOU FUCK YOU." But Agent Karak wasn't afraid to help Fictions join the New Order family.

Once again, Fictions demonstrated his casual attitude about the EULA's restrictions on real-life death threats.

It became clear that Fictions still had unresolved emotional issues stemming from the Yucie/Marmite incident of the previous month.

The miner hadn't learned his lesson. He declared war against the mighty CODE. alliance. This time, though, he warned our heroes not to involve the Marmites.

Agent Karak brushed off the wardec threat and ad-libbed a reply. He assumed that a carebear like Fictions didn't have any teeth.

But Fictions didn't intend to stop with a mere wardec. In fact, he was about to unfurl a multifaceted master plan to get vengeance against CODE. This was only the beginning.