Responsibility--it's an important thing. If the New Order didn't perform its responsibility to rule highsec, we know what would happen: Highsec would suck, just like it did before the dawn of the Code. And when carebears don't perform their responsibilities, we know what happens: They die. For proof, we need look no further than these kills from the week of December 10th @ 00:00 EVEtime through December 16th @ 23:59 EVEtime... 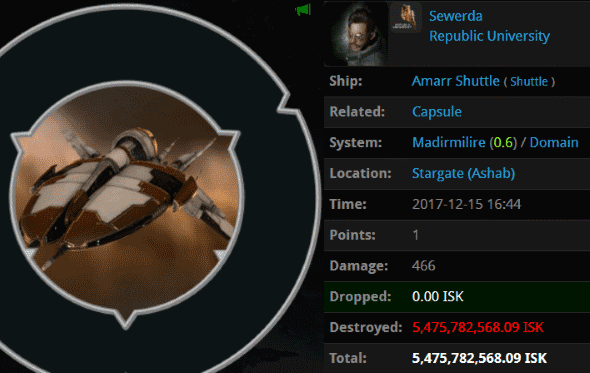 KILLMAIL
Sewerda assumed he could carry his expensive cargo through New Order territory while on autopilot. I mean, it's not like a ganker would think to shoot a shuttle, right? How little Sewerda knew. Agent Aaaarrgg and his colleagues have hunted autopiloting shuttles nearly to extinction. Their eyes light up when they see one, even though shuttles are almost always empty.

This shuttle, on the other hand... Oh well. That's 7 fewer skill injectors to worry about. 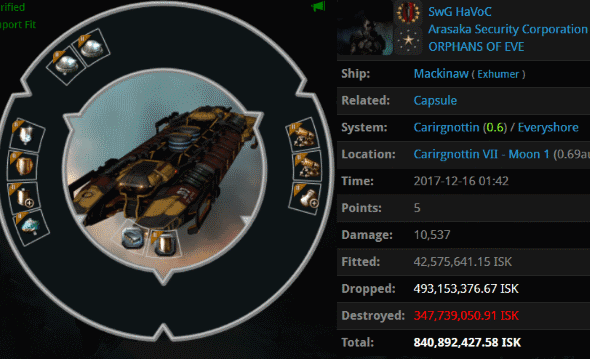 KILLMAIL
You see that little cargo expander tucked into the corner on SwG HaVoC's Mackinaw? That's a sign that something was deeply wrong. Fortunately, our Agents are trained to correct all sorts of problems. Agents Zane Arnolles, Ron Chi, and Fiddly Pop carefully removed the miner from the ice anomaly.

Incredibly, this reckless carebear was carrying two ORE Strip Miners in the cargo of his ship! I guess he was too lazy to store them in a station while mining ice. 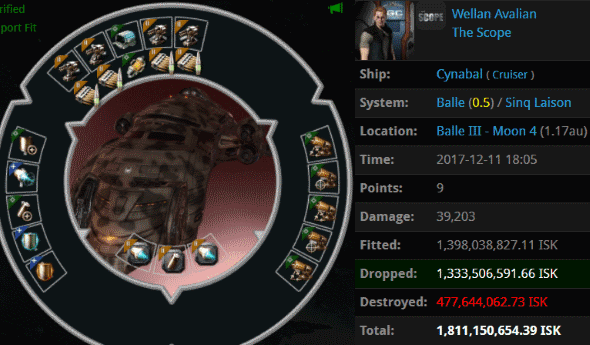 KILLMAIL
Remember when Cynabals were the OP ship and everyone wanted one? They may not be so fashionable today, but no one can deny that they're a ship that can shoot back. The rebel scoffs, "Surely Wellan Avalian was AFK at the time of the gank. He couldn't shoot back." Actually, Agents Piz Caldera and Dr Petrosilius engaged in elite PvP with this pilot while he was actively shooting... 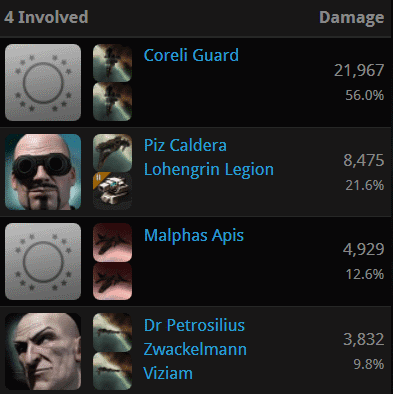 ...Shooting NPCs, that is. But Wellan wasn't ready to graduate from PvE to PvP. Maybe next time. 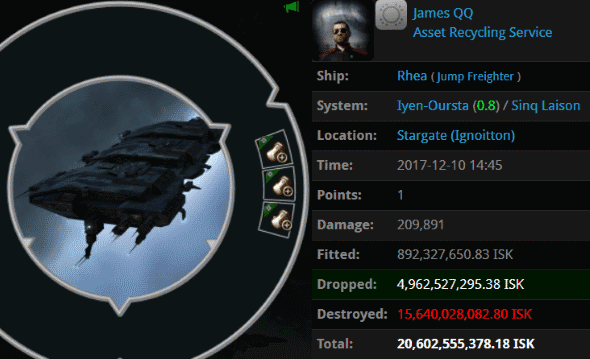 KILLMAIL
Carebear apologists accuse me of "tear harvesting". They say the New Order harvests tears on an industrial scale, the likes of which no video game has ever seen. So I was amused to see the name of this jump freighter pilot: James QQ. He was shedding plenty of tears after this loss, but he should've known what he was getting into with his ORE cargo expander set. 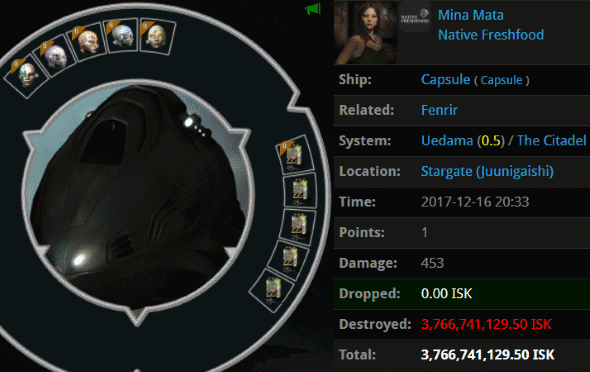 KILLMAIL
Countless freighters were crushed in Uedama this week; it's a wonder any freighter pilot bothers to enter the system. Bot-aspirancy is the only explanation. After losing her Fenrir, Mina Mata stuck around to lose her pod to Agent Tax Collector Stroheim. 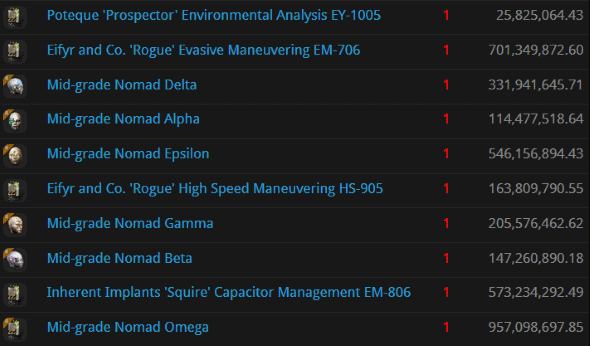 Mina's implants were even more expensive than her freighter. They did her no good, as she didn't know how to use them. Implants without the Code are just a lossmail waiting to happen. 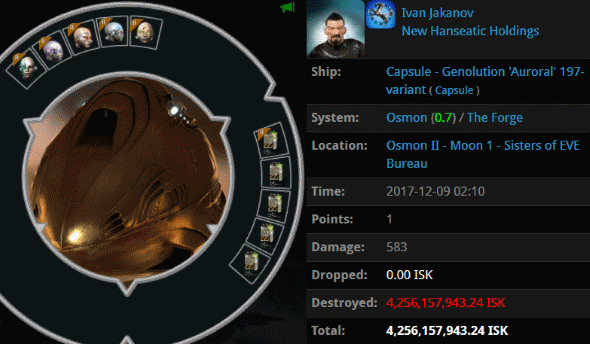 KILLMAIL
Late last week, an even more expensive pod was lost. Ivan Jakanov made the devastating mistake of idling next to a station in his 4.2 billion isk Capsule. Under circumstances known only to Agent Krig Povelli, the Agent and the bot-aspirant engaged in PvP. The result was an overwhelming victory for the New Order. 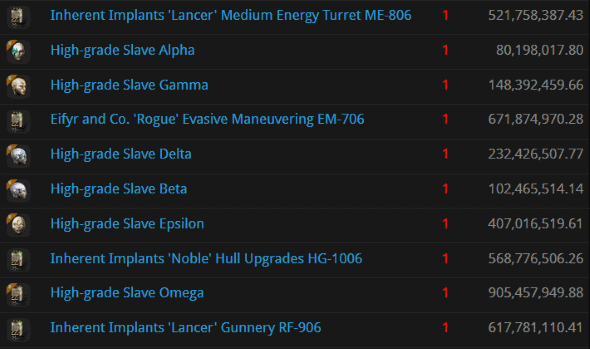 The Slave set offered Ivan a few extra hitpoints for his pod, but Krig managed to persevere and see the battle through to the end. Well done, Agent.
Posted by MinerBumping at 21:43