When miners get ganked in highsec, they typically receive a form EVEmail.

On occasion, the EVEmail is customized. In this case, Tophination received a special termination notice "for a Fancy Venture Pilot". 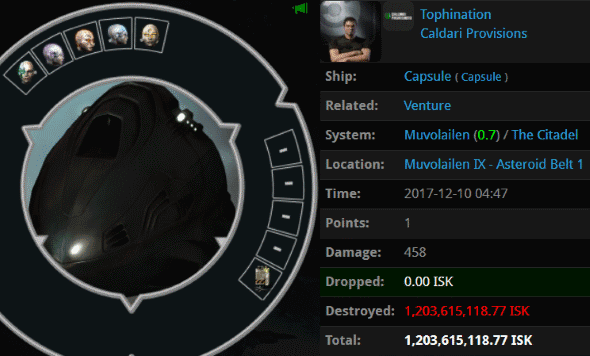 He certainly was fancy. Despite flying a Venture, Tophination had 1.2 billion isk worth of implants--at least until Agent Lawrence Lawton removed them.

One might expect a Venture pilot to play the helpless newbro card, but instead, Tophination tried to pull rank. The nerve!

Lawrence didn't waste time in explaining that Tophination had it all wrong. Agents of the New Order outrank highsec miners. I mean, basically everyone does. 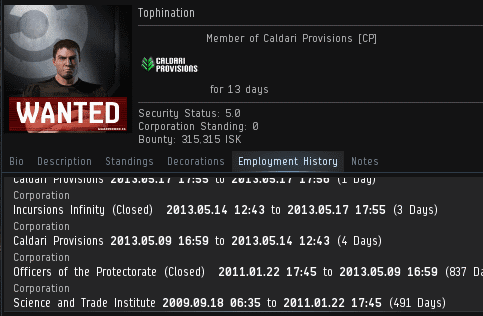 Tophination wasn't lying about one thing, though: His character was a bit on the older side. He'd been playing since 2009 and hadn't advanced beyond mining highsec ore with a mining frigate. Clearly he had this game figured out.

The miner sent a reply to Agent Lawrence, opening with a heresy so vile as to take one's breath away. And he was only getting warmed up.

There was nothing surprising about the fact that Tophination went into an angry rant after being instructed to obey the Code. But that heresy... Lawrence had to say something.

Our hero was righteously indignant. You know an Agent of the New Order means business when he breaks out italics for emphasis. 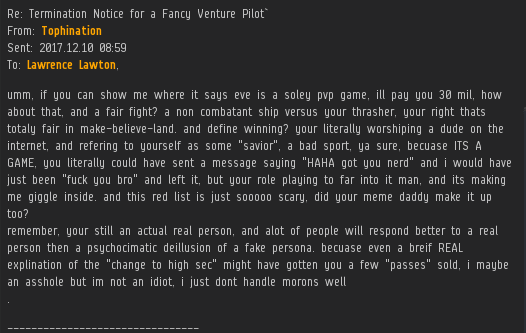 The miner continued to drip with bitterness and sarcasm. But what caught Agent Lawrence's attention was the wager that Tophination offered at the beginning of his EVEmail. Thirty million isk for proof that EVE is a PvP game? 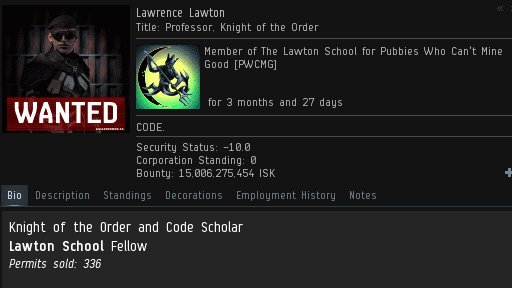 Lawrence Lawton is a Code scholar and a senior fellow at the prestigious Lawton School for Pubbies Who Can't Mine Good. He has sold over 3 billion isk worth of mining permits. Yeah, he was willing to accept the wager. 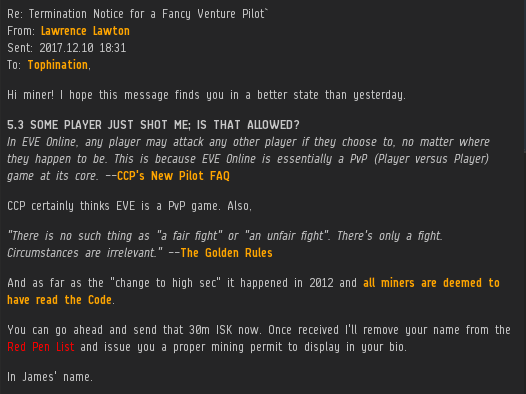 Our Agent didn't ascend to the apex of academia by accident. He knows his stuff. And with the complete and undeniable obliteration of the miner's argument, only one question remained. Would Tophination keep his word and hand over 30 million isk?

Actually, yes. Yes he would. 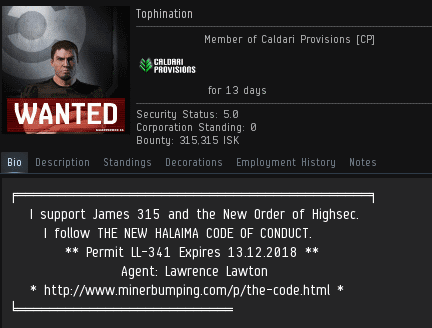 It was never a fair fight. Agent Lawrence had the miner outgunned, in every way, from the very beginning. In one sense, though, there was plenty of fairness: The Code is available to everyone. Ultimately, everyone in highsec will obey the Code. If you wonder how such a thing is possible, simply consider interactions like the one between Lawrence and Tophination. The good guys are winning.
Posted by MinerBumping at 17:58