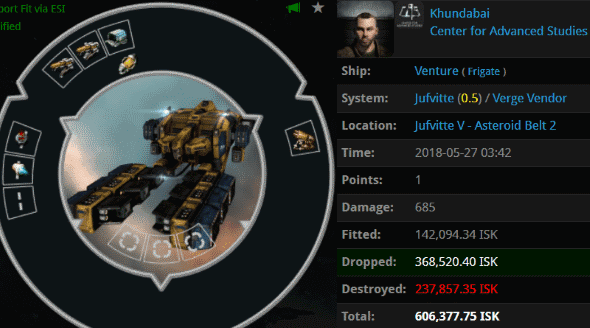 Score another one for the good guys. Only a few days into the game, Khudabai lost his first ship to Agent Revis Owen.

Now, those of you who are of a particular sensitivity and empathy may feel a bit of concern here. But don't worry about Agent Revis--he only sacrificed a gank Atron.

Genuine newbies can find EVE confusing. There's a lot that the tutorial doesn't teach you. The rest can be learned from our Agents.

Despite Revis' help, Khundabai was struggling. He seriously doubted his future in the game.

No one in EVE treats "newbros" as well as our Agents do. We're extremely accommodating--within limits. On some things, there cannot be any compromise. The Code, for instance.

It was clear that Agent Revis wasn't going to bend the rules of the Code. That meant Khundabai probably had no choice but to quit EVE forever. And if that happened, CCP would lose a source of good money. 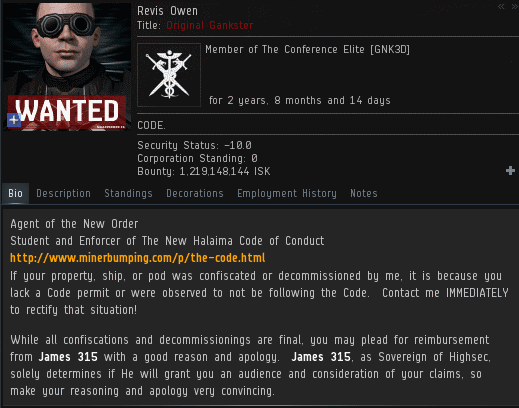 ...However, there was still one possibility. When all else fails, when all hope seems lost, there's still the Saviour of Highsec to consider.

Khundabai threw a Hail James 315 pass and wrote me an EVEmail. So much rested on that EVEmail.

Even though he probably had a sleepless night ahead of him, it was time for the newbie to log off and go to bed. He was tormented by dreams of PvP'ers killing him instead of NPCs. This miner clearly needed a change of perspective. A proper EVE player would much prefer to lose a ship in PvP than PvE. 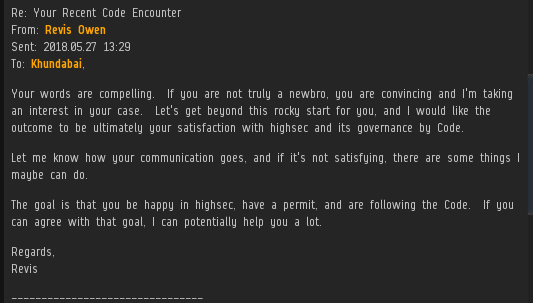 It would be some time before the Saviour of Highsec would respond to Khundabai's EVEmail (this post qualifies, I guess). Luckily, Revis was ready to offer the miner some expedited assistance.

Revis introduced Khundabai to some good people. All of them confirmed that the Code is indeed legit, and that he definitely needed to buy a mining permit. 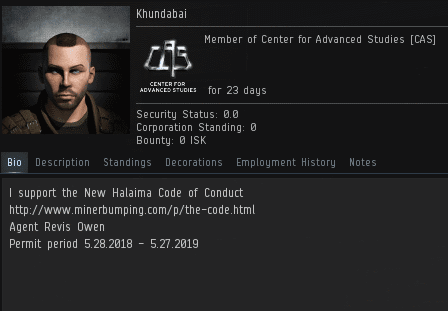 It's amazing what happens to a gank recipient's attitude when he realizes that he wasn't "griefed" or bullied. When he recognizes that he was brought to justice, the world changes for him. So our Agents continue to change the world.
Posted by MinerBumping at 18:09