Getting the Code, Part 3

Previously, on MinerBumping... Autopilot abuser Grip Vyvorant lost a debate to Agent Aaaarrgg about the Code. Instead of owning up to his mistakes, Grip grew angry and blamed our Agent.

Upon being told to calm down, Grip attempted to compose himself and pretended that he was not upset. In another words, he tried to calm down--just as our Agent commanded him.

...Until he lost his temper again.

To the bot-aspirant carebear, the Code is always a delusion, no matter how many people follow it--and no matter how many tens of trillions of isk are destroyed in its name. Only when the carebear pays his 10 million isk and obeys the Code does he truly "get" it.

Grip was in disbelief. He couldn't imagine that the Code has actually improved lives. From his perspective, the Code only resulted in his being ganked.

The name of the Saviour of Highsec triggered the carebear, as it so often does. Indeed, many bot-aspirants dare not even speak the name.

Short of dunking a miner in the water to see if he floats, telling him to say my name is a pretty good way of determining whether he's a bot-aspirant. 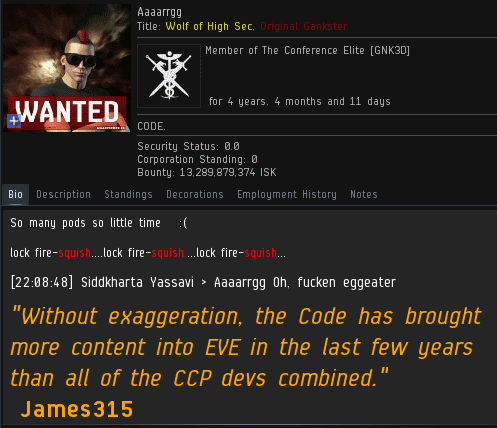 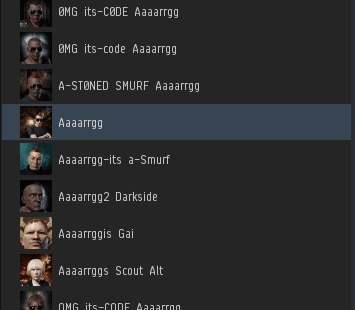 Grip terminated the convo in a huff. He wasn't ready to become a true EVE player. Aaaarrgg wasn't worried; he had plenty of other people to help. As he always does. Always!
Posted by MinerBumping at 18:05