It seems like everyone's talking about Agent Krig Povelli these days. 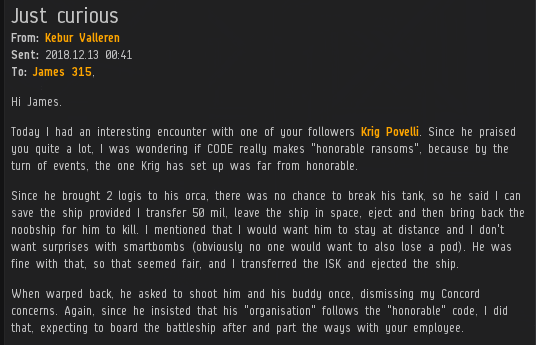 Krig can be a bit mysterious to some; he gets the most curious kills.

For whatever reason, a lot of highsec dwellers attempt to gank his Orca. These gank attempts inevitably result in CONCORD retaliation against unusual gank ships--not your typical Catalysts and Taloses, to be sure. 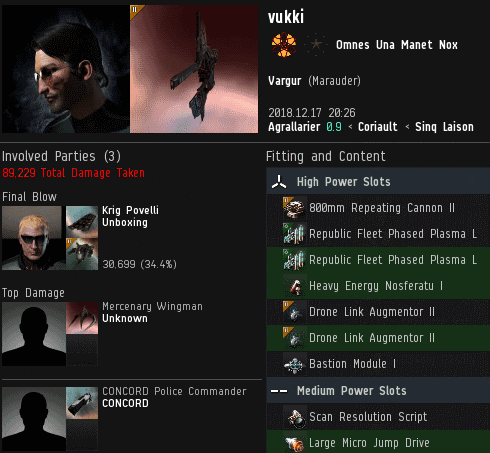 Who uses a Marauder to try to gank an Orca? 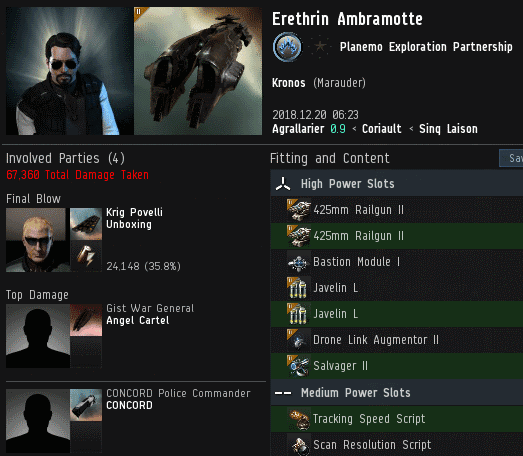 No matter where Agent Krig goes, people try to kill him. 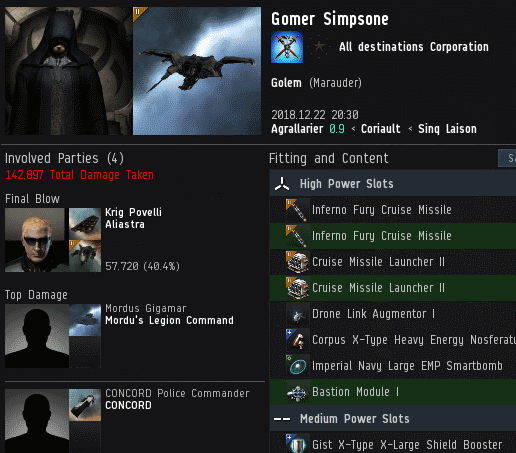 This guy lost 4.7 billion isk trying to gank Krig. CONCORD was merciless in its response.

For a different perspective on the mystery of Krig, let's look through the eyes of Gospur Aurgnet, an EVE streamer who recently streamed an encounter with Krig. The action begins at around the 1 hour 27 minute mark. Prior to that, Gospur was just doing missions or whatever--the boring stuff that turns people away from the game. Then our Agent appeared and began confiscating Gospur's ill-gotten loot. 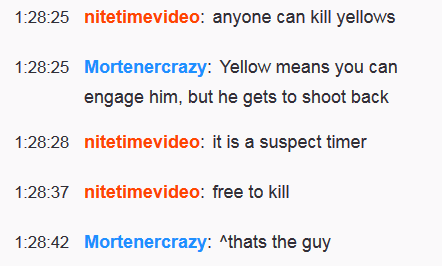 Gospur saw Krig's Orca go suspect, but he wasn't sure what he was allowed to do in response. His Twitch chat helped him out. 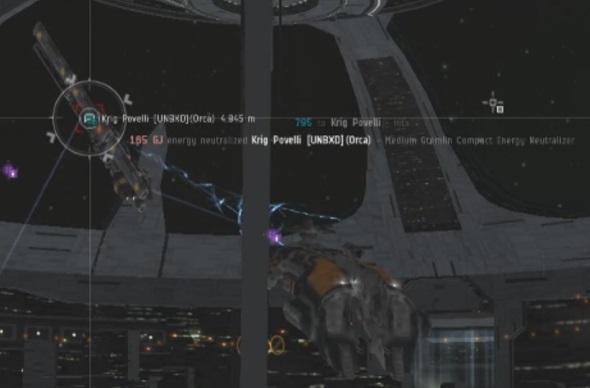 After much deliberation, the streamer chose to assault Krig with a Megathron. He thought our Agent would be an easy target.

At first, it appeared as though the Orca's hitpoints would inevitably drain to zero. Gospur was in a battleship after all, and Krig only had a mining vessel. But they forgot about the most important factor in EVE PvP... 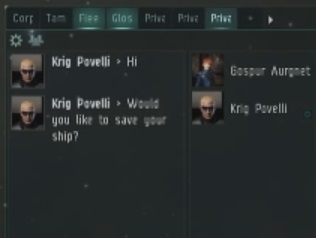 ...Krig had the Code on his side. The tables were bound to turn in his favor. 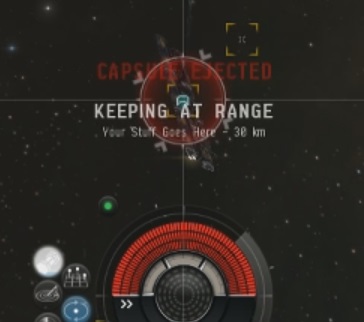 And so they did. 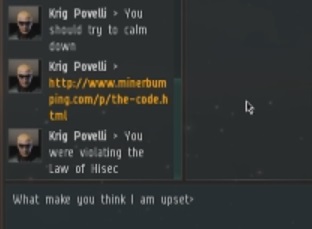 Krig decided to help educate Gospur and his audience. 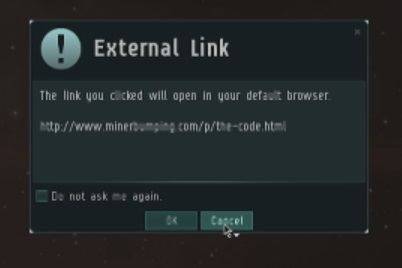 Alas, Gospur chose to walk down the path of darkness and ignorance, pressing the "Cancel" button when he could've drunk deep from the wisdom of the Code.

Nevertheless, the entire episode proved to be a teachable moment. Gospur's audience, which had inexplicably suffered through watching him perform missions, was finally able to witness the truth of EVE. In EVE, there are winners and losers. The winners are the ones with the Code.