Nothing of Value, Part 2

Previously, on MinerBumping... Agent Bob Painter and friends ganked a freighter owned by an alt of Kirith Kodachi. A few weeks later, Kirith delivered another freighter into their hands. Though he was aware that hitting Ctrl+Q wouldn't save his freighter, it was the only thing he could think to try. When his ship died, he blamed the stupidity of highsec and announced that he was quitting EVE. 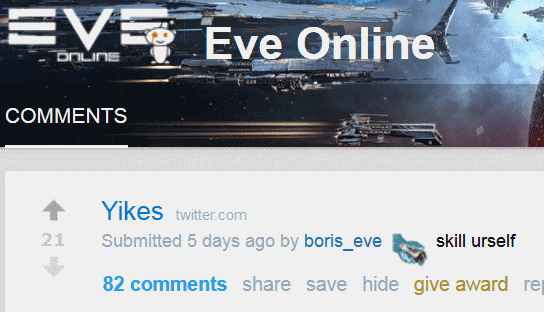 Some EVE players expressed their disgust with the state of the game. progodlegend, a nullsec politician from years past, used the tragic event as an opportunity to call for the removal of ganking.

Like all other forms of combat in highsec, ganking was blamed for the decline of EVE. (Never mind that ganking and other forms of highsec fun were easier and more common during the years of EVE's ascent.) 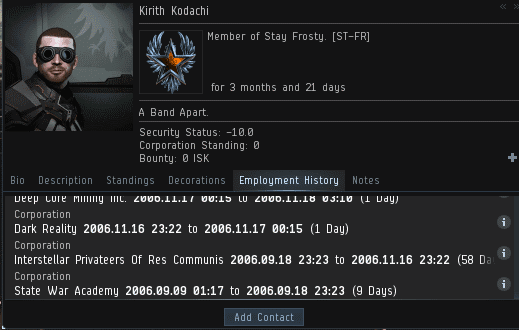 progodlegend especially bemoaned the fate of newbies, who were being driven from the game instead of protected as they are in other MMORPGs. Newbies just like Kirith, who flew blingy freighters and joined EVE 12 years ago.

When Kirith's newbie status was called into question, progodlegend went into an extended rant about how blingy freighter pilots can be newbies, too.

Opinions varied, however. Not everyone mourned the loss of Kirith. Still another perspective was provided by Ripard Teg, author of the defunct "Jester's Trek" blog. He suggested that Kirith's longevity in the game made his departure all the more bitter.

It's bad when newbies leave, it's bad when crusty old vets leave... It's bad when anyone leaves EVE, unless they happen to enjoy wardecs or ganking or can-flipping or anything else that involves actually being at your keyboard in highsec.

Regardless, even on the EVE subreddit--a place with no shortage of carebears--people were willing to question whether it mattered if one less AFK freighter was autopiloting through the galaxy. 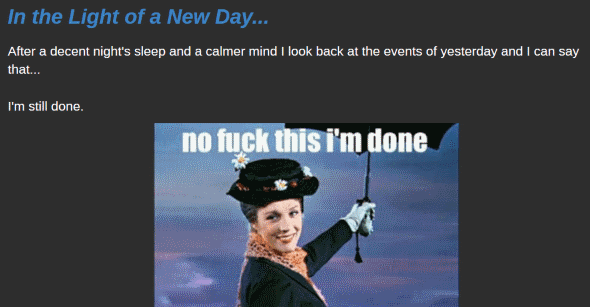 Many carebears threaten to quit the game, but most of them stick around. Despite the support of the community, Kirith held to his decision.


"After a decent night's sleep and a calmer mind I look back at the events of yesterday and I can say that...

I appreciate the helpful advice in comments and on twitter, I really do. But at the end of the day my industrial activities in EVE were always a casual one man affair trying to have some fun making a small business on one screen while working on another and the two ganks this past month have shown me that its become more frustrating than its worth."

Kirith admitted that his entire modus operandi was to treat EVE as a background process, a game he "played" in the safety of highsec while doing something else on another screen. But gankers wouldn't let him get away with it. They were making a difference.


"I was at keyboard, watching ships around me, ready for danger and still I failed. I had to know the proper way to log off, I had to have scout alts, I had to wait for the right time, avoid certain systems, join channels, etc etc etc. On the other hand, the gankers sit there and ping a channel when a target is sighted, target me, hit F1, and get a kill. The asymmetry of it all galls me still, and has for years. If I can't casually have my high sec little business without this stress, I'm going to quit. Other's can have it."

The carebear insisted that he had done everything humanly possible to avoid being ganked. He had put in so much more effort than the gankers, who merely juggle freighter bumping and landing properly assembled fleets of gankers on their targets. Ganking is so much easier than selecting a system, hitting autopilot, and going AFK for 15 minutes.

This time, though, Kirith claimed to have been fully attentive. 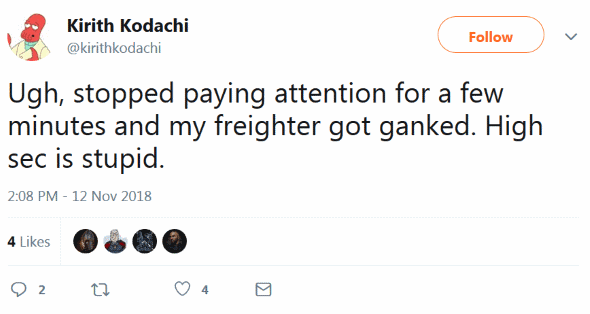 ...Unlikely, given his history.

Regardless of the wisdom of sending a blingy, unscouted freighter into one of the most famous freighter-ganking systems in highsec, Kirith was done. He opposed ganking on principle. If people want to shoot each other in highsec, they can use wardecs.

...Or not. Mere weeks before his departure, Kirith was calling for the abolition of wardecs, too.

Perhaps it's not such a terrible thing that Kirith left the game. Given the choice, I would prefer to keep the players who actually play the game, rather than those who spend their time advocating the elimination of gameplay in favor of 100% safety to "relax" or look at another screen.