Previously, on MinerBumping... Sliver Stones didn't look like much, but after Agent Bing Bangboom removed the miner's Covetor from highsec, Sliver revealed himself to be an extraordinarily dangerous person. No mere miner, Sliver was an "ingineer" capable of hacking Bing's computer through its seven open ports. 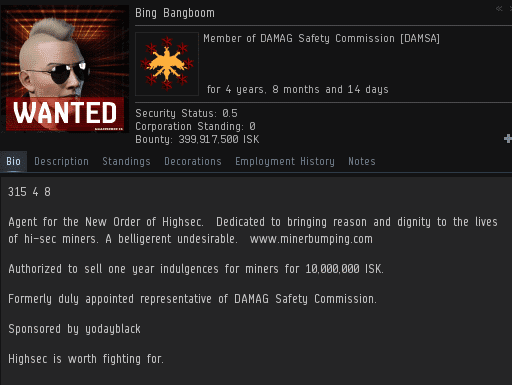 Bing is a practical man. He had no desire to be hacked. But our Agent's commitment to the Code outweighed all other considerations. And the fact was, Sliver wasn't in compliance.

Suddenly, Bing received a communication from someone named Dark Evils. Dark Evils happened to be the CEO of Sliver's corp. 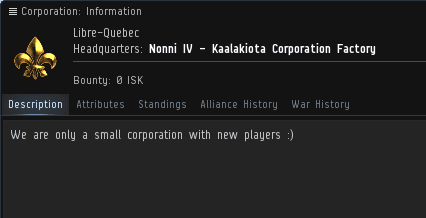 "There you go again," scolds the rebellious carebear. "You've gone and ganked members of a corporation full of new players." 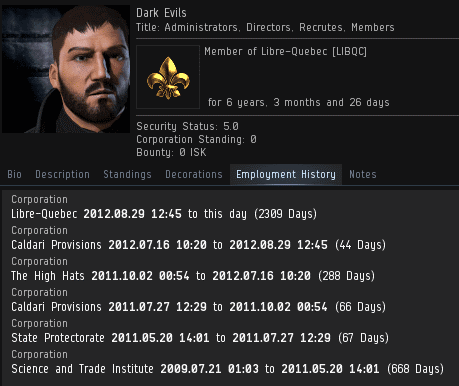 "New players" who have been in the game nearly a decade, that is. 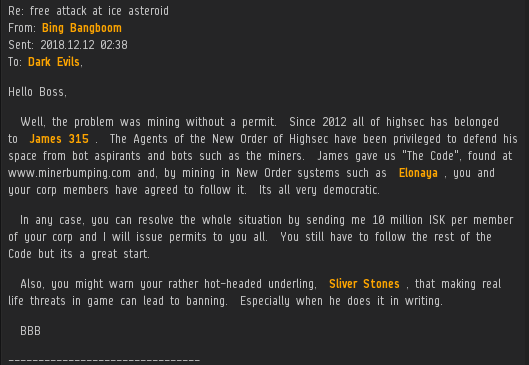 Bing suspected that the miner might have given his CEO a slanted version of events. Our Agent set him straight. 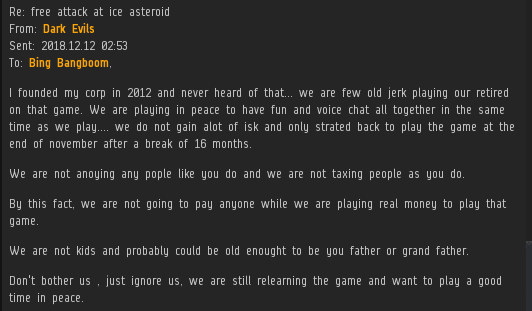 Sliver's CEO proved to be equally stubborn. He claimed "new returning player" status, which has become a cliché in these cases. (I played EVE for 8 years and then took a 16-month break. I'm a new player!)

By coincidence, Dark Evils referred to Sliver as a "computer ingineer", using the same typo as his corpmate. Could Sliver's CEO also be his alt? Or had the "pure hacker" taken over his CEO's computer? 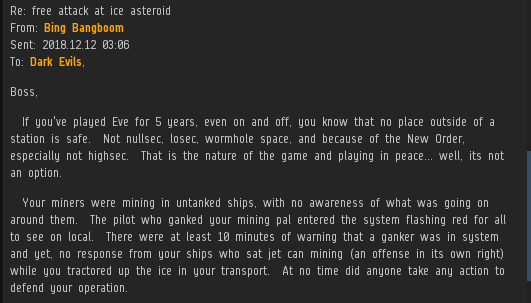 Bing rejected the offer. The price was too high; he was being asked to set aside his principles and his Code. Bing went on:

The message was clear. Would Sliver/Dark wise up, buy a mining permit, and obey the Code? Or would he do the other thing? 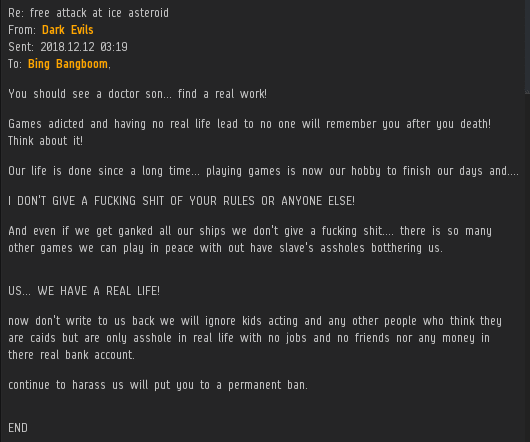 Dark Evils chose the path of the Goofus. Bing could only feel sorry for the miner. For there are many Covetor wrecks to be found along that path.
Posted by MinerBumping at 18:00