The Miner's Point of View

"Saviour of Highsec" is an interesting job. As one of my many duties, I read the EVEmails that people send me--or as many of them as I can. You might be surprised how often people across highsec feel the need to unburden themselves to me. I hear their confessions.

Today, I will print one of the essays I received recently. It was penned by Veekay Tehsu, who has a different perspective than that which we normally get on MinerBumping. You see, Veekay admits to having been a highsec miner--and an illegal miner at that. 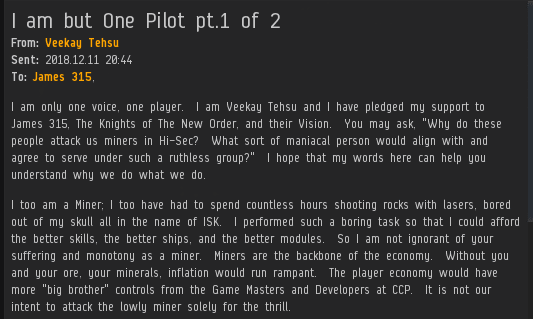 Though we'll read about Veekay's history as a miner in a moment, Veekay pledged her support to the Code. If she were a bot-aspirant today, she might be too AFK to write anything (unless fueled by anguish in the immediate aftermath of a gank).

One of the common threads we see among unlicensed carebears is their faith in anarchy--but only in highsec. They say "highsec mining is free" and other nonsense along those lines, though they wouldn't dare mine illegally in the real world. Or in nullsec.

The bot miner, sadly, doesn't read as much MinerBumping as they should. 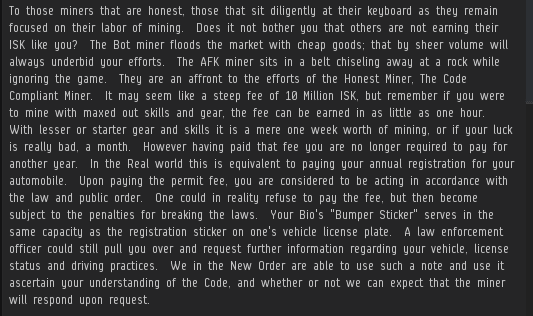 A good way of separating decent miners from bot-aspirants is that the former are invariably excited by the prospect of buying a permit, once they give it a little thought. They know that mining needs to be regulated. Also, decent miners tend to stop mining when presented with alternatives by a mentor. 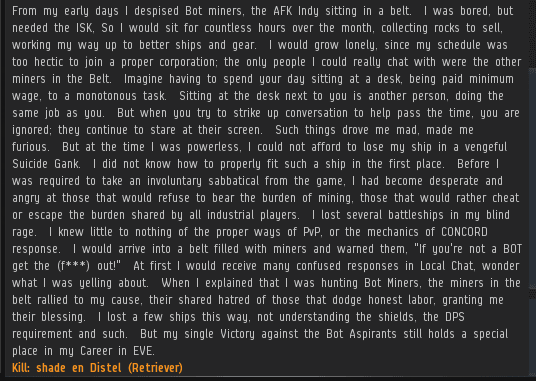 Here we get a glimpse of Veekay's history. And the killmail: 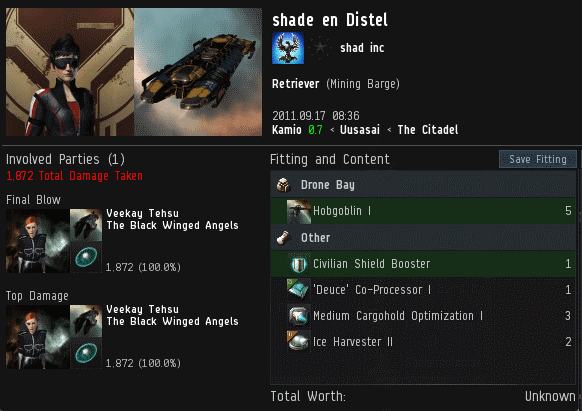 The gank took place way back in 2011, in the pre-Code era. Veekay used a solo smartbombing Megathron. I wouldn't recommend trying that today, after so many nerfs to ganking. 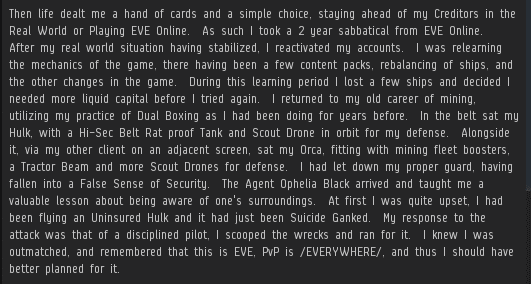 The Code is indeed a fast-acting medicine: Within hours of being ganked, Veekay assisted our Agents in killing other miners.

I'm amused whenever carebears complain about Agents using multiple clients to perform ganks. Multiboxing for the purpose of ganking has always been permitted by the Code--encouraged, even. 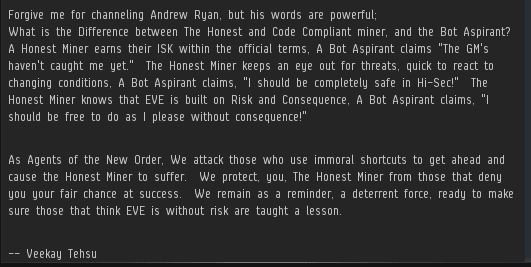 What can we learn from this essay? Miners, you'll only ever find happiness and fulfillment once you put down your mining lasers and open your wallets--and hearts--to the Code.
Posted by MinerBumping at 18:03