Over One Trillion Six Hundred Thirty-Nine Billion in Shares Sold 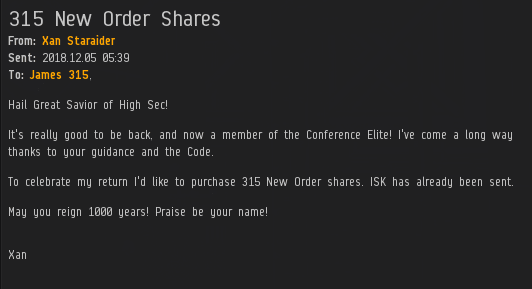 There are so many good reasons to buy New Order shares. Personal growth is definitely one of them.

In a virtuous cycle, Agent Ernst Steinitz was inspired by a fellow member of New Order Logistics and purchased 2,000 additional shares on behalf of his corp. This took us past the 1,622 and 1,623 billion isk marks and earned NOL a Double Supreme Protector's Tip of the Hat™. It also secured NOL's position as the top isk contributor for November.

As the new month dawned, Agent Apo123 quietly purchased 1,000 additional shares of New Order stock, taking us beyond the 1,624 billion isk mark. For his dignified, understated act of generosity and compassion, Apo123 earned a Supreme Protector's Tip of the Hat™.

Which brings us to the grand finale of today's post. 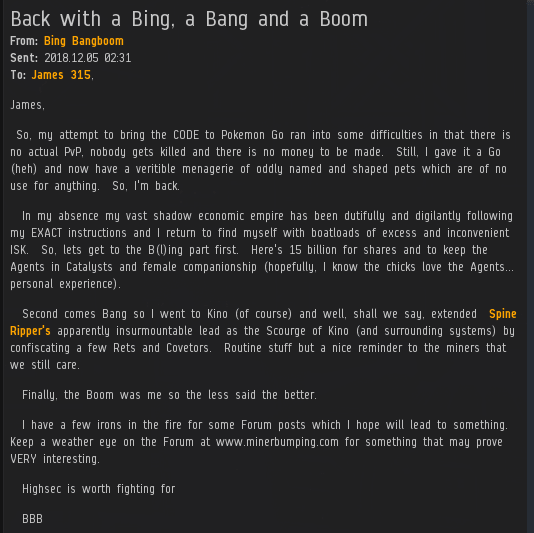 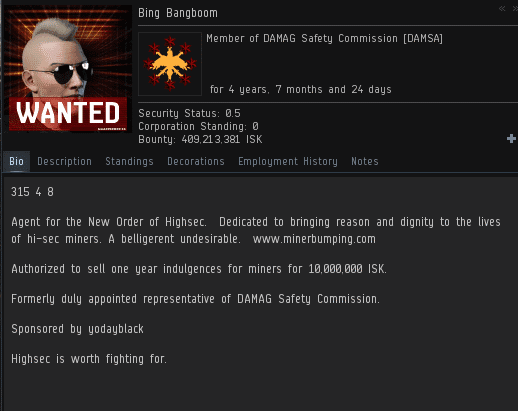 I believe you already know Bing.

And, if you live near the Kino system, you've certainly met his ganker alt, Agent Spine Ripper. 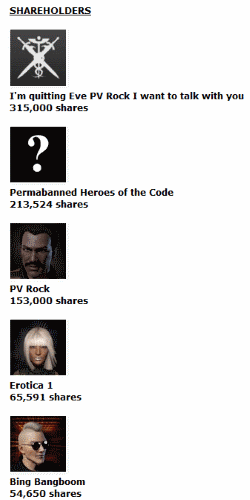 Bing now owns 54,650 shares of New Order stock. He currently holds the fifth-largest number of shares, which is particularly noteworthy for someone who hasn't quit or been permanently banned from the game. However, Bing didn't buy the 15,000 extra shares just so he could reach the top five. That's not who he is. Bing purchased those shares because he cares about highsec.

Okay, getting into the top five may have been a factor. But hey, credit where credit's due. Perhaps Agent Bing's example will inspire the next generation of shareholders?
Posted by MinerBumping at 18:07