Up for a little challenge, dear reader? See if you can figure out what's unusual about the following kill: 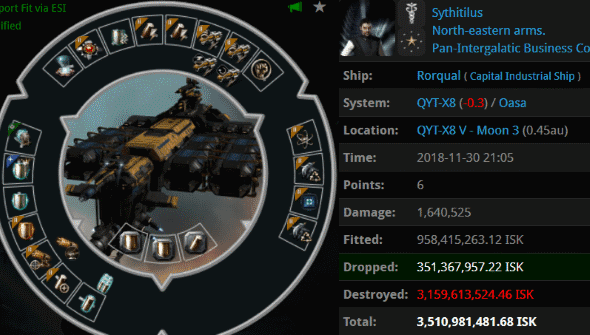 Never mind the fit of this dead Rorqual. For the unaware, Rorquals are giant mining ships. They cannot enter highsec, or else we would undoubtedly see a lot of them.

Despite occurring in nullsec, this killmail was earned by a member of the mighty CODE. alliance. That's not unprecedented, since members of CODE. will occasionally join fleets in nullsec and assist on a kill. It's also not unheard of for small CODE. gangs to run training exercises in lowsec. 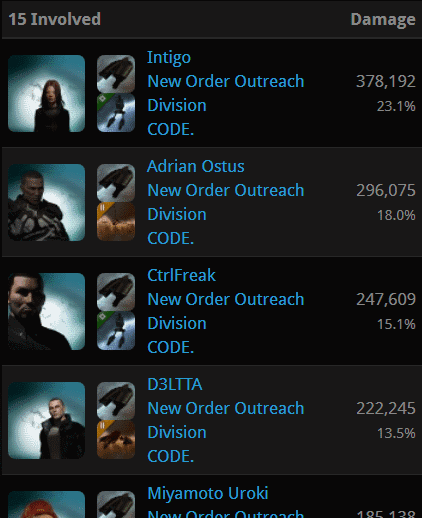 What's unusual about the Rorqual kill is that it was executed by a fleet of CODE. members operating in nullsec--members of the New Order Outreach Division corp. 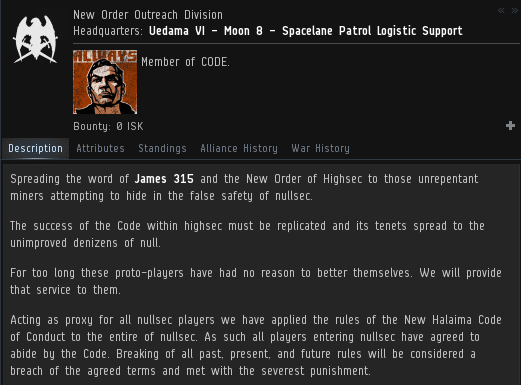 New Order Outreach Division is the latest corp to join the CODE. alliance. They seemingly came out of nowhere, and little is known about them. But it would appear that they're pretty good at ganking capital ships. 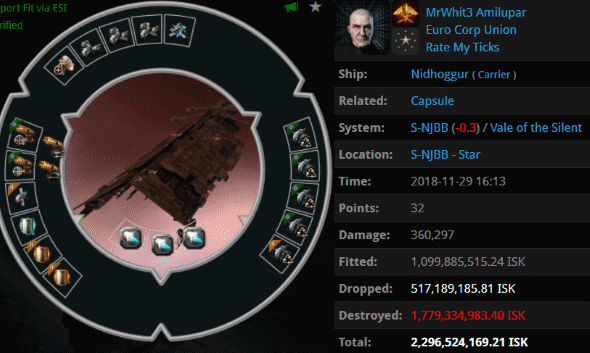 NOOD's mission is to spread the joy of the Code to everyone in EVE. Think of them as ambassadors. Normally, a carrier pilot wouldn't get the chance to meet a fleet of CODE. members. Now they can. But this raises some interesting questions. 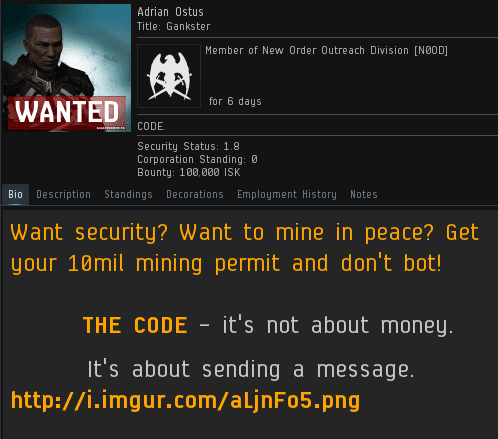 For example, consider what it must be like to have to explain to your nullsec SRP officer that you lost your carrier to a CODE. fleet. For years, people have whined about CODE. not shooting ships that can shoot back. If we gank someone in highsec, they tell us to go to nullsec, where all the PvP is supposed to happen. Or they'll say something like this:

"You don't need to worry about CODE. They're too chicken to come out to nullsec." 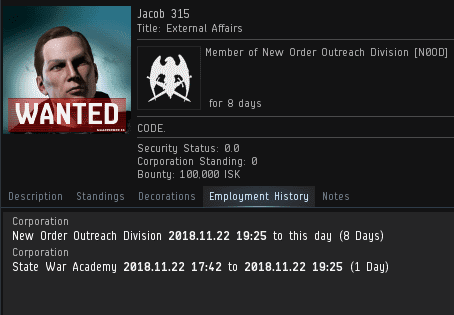 The leader of NOOD is Jacob 315, ostensibly a new player. His origins are as mysterious as those of the NOOD corp itself, but regardless, he is dedicated to upholding the Code.

Of course, whenever CODE. kills someone outside of highsec, we get complaints. The very same people who tell us to "go to lowsec" get agitated whenever one of us actually goes to lowsec and kills them. When word gets out about what NOOD has been up to, we will doubtless see the usual complaints. "You're not following your own Code," etc.

Yet the formation of NOOD is an act of self-defense. 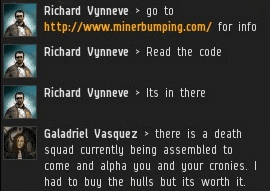 After all, people who supposedly have alts in nullsec have been threatening us with retaliation for years. 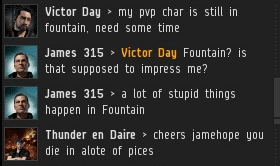 Granted, none of these inbound nullsec fleets have ever reached highsec, but who knows what might happen in the future? We mustn't forget the recent wardec from The Initiative. If powerful nullsec forces do come our way, the brave men and women of NOOD will be our first line of defense. 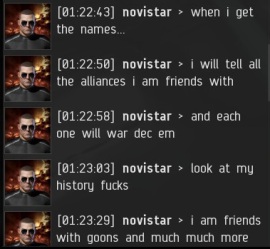 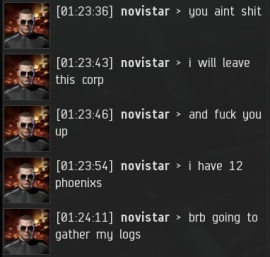 In the past, the New Order could only defend the gates of highsec. Now we are able to take the fight to the Phoenixes before they can find a way into our homeland: 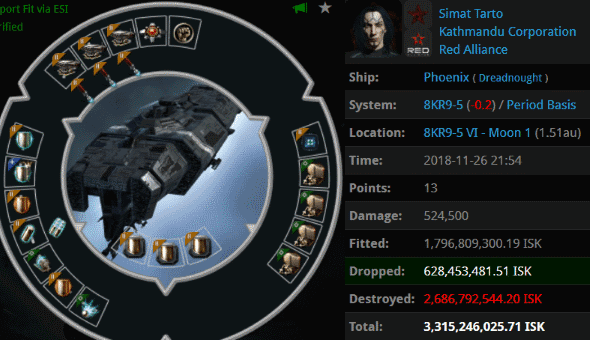 May the light of the Code shine upon all. Be warned, though: If you disobey the Code, its light may set you on fire.
Posted by MinerBumping at 18:10