The EVE community was shocked this week by the destruction of Agent Velsharoon's Fiend, a special Alliance Tournament prize ship valued at 150 billion isk. EVE players were amazed that someone would actually risk such a valuable ship in combat. Those of us in the mighty CODE. alliance, on the other hand, were not surprised. We know that ships are meant to be used--not left sitting in a glass case somewhere. As the old CODE. saying goes, it's not the ship, it's the man. Whenever an Agent undocks something, he intends for it to one day die a glorious death. (In the case of gank ships, "one day" is usually a minute later.)

Carebears, on the other hand, treasure their bling and keep it tucked away in highsec, where they expect it will remain 100% safe even while they're AFK. Our task is to awaken them. A few examples, from the week of December 23rd @ 00:00 EVEtime through December 29th @ 23:59 EVEtime... 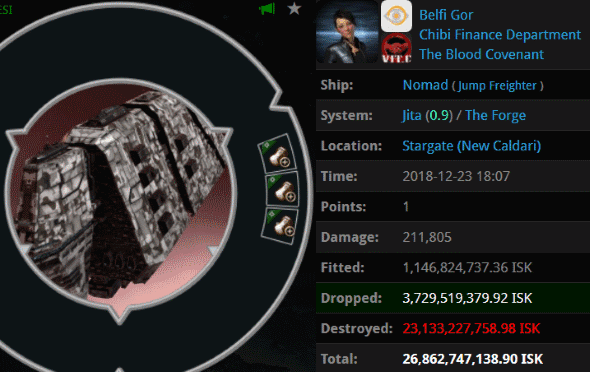 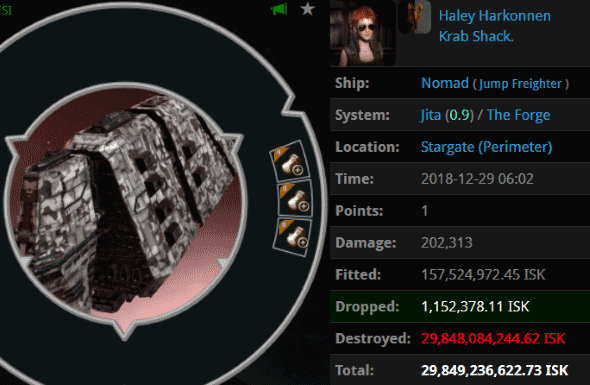 The Loot Fairy was cruel; of the 20 billion isk worth of cargo and modules, only 1 million isk dropped. Nevertheless, our Agents were happy to see the 'Excavator' drones dealt with, one way or another. 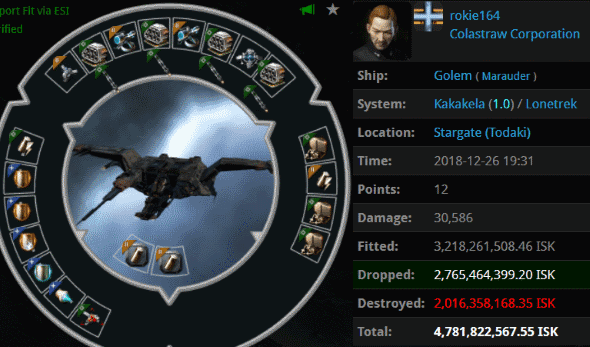 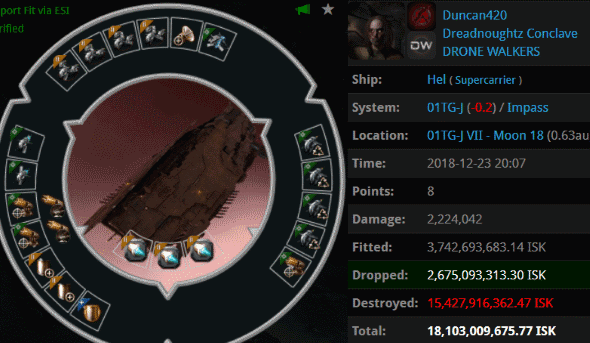 KILLMAIL
Assuming Duncan420 was at his keyboard when it happened, he was shocked to see a CODE. fleet in nullsec. After all, Reddit had always assured him that CODE. would never go there. Yet Agents Intigo, CtrlFreak, lady labia, cuffdawg, WaTeR Ubersnol, TigR Kashada, Kadesh Priestess, Tawa Suyo, Pete Tomaszewski, Tiamat Key, Tikktokk Tokkzikk, Ithor Omanid, and Beandog killed Duncan420's supercarrier all the same. Trusting fake news can be deadly. 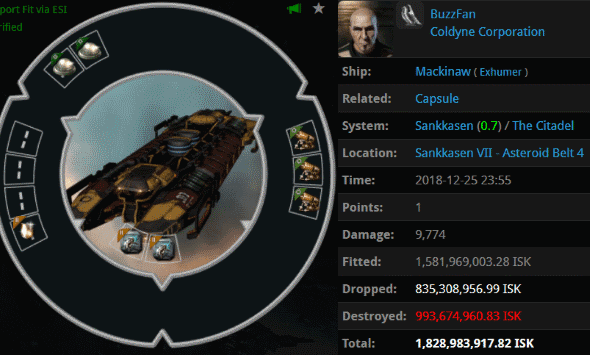 KILLMAIL
BuzzFan had two passions: Decadent modules and empty module slots. These two passions came into conflict, of course. The miner compromised by leaving some of his Mackinaw slots empty, while filling the others with bling. However, this arrangement left Agents Malagong Karagalan, Lewak, and Minx Mattel dissatisfied. They came up with a better solution: Enforce the Code and get rid of the Mackinaw entirely. 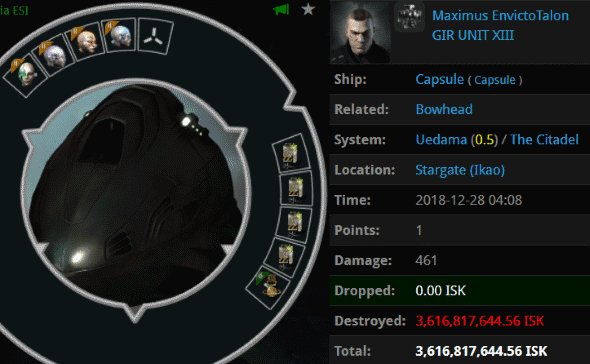 KILLMAIL
Oops! Maximus EnvictoTalon lost a 10 billion isk Bowhead, only to have Agent Demi Blanco gank his 3.6 billion isk pod, too. Despite everything going on in Jita these days, our Agents still keep a close eye on Uedama. 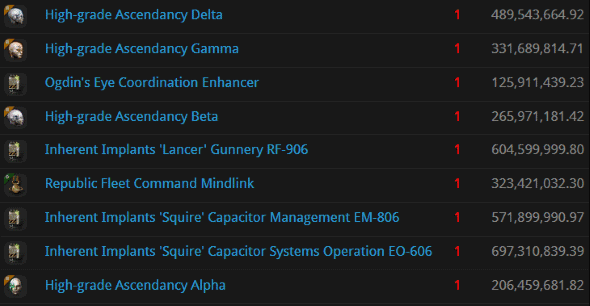 Silly Bowhead pilot. Should've bought a permit instead.
Posted by MinerBumping at 20:05