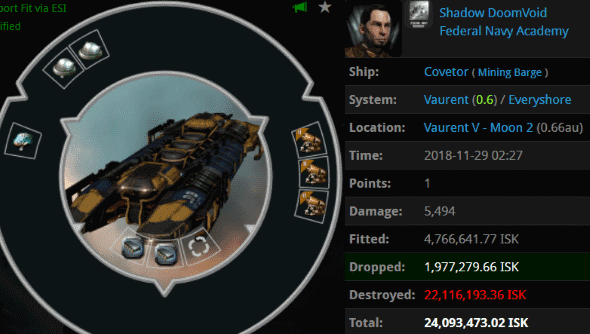 'Twas an ordinary day in highsec. Agent Guybertini scored a significant victory for the Code against an opponent in elite PvP. 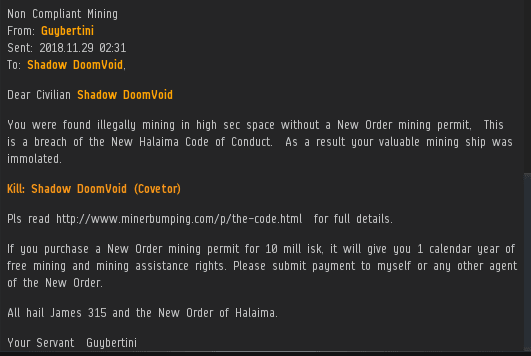 The machinery of highsec was working as intended. Now 'twas time for the miner to confess his crimes, apologize, and purchase a mining permit. All would be well then.

But no, Shadow DoomVoid had to go and make a big mess of things.

Our Agents are known for their extraordinary vigilance and efficiency. Sometimes they're able to gank a miner before he even completes his first mining cycle for the day. In this instance, Shadow DoomVoid didn't have the chance to collect a single unit of ice before his ship was destroyed. 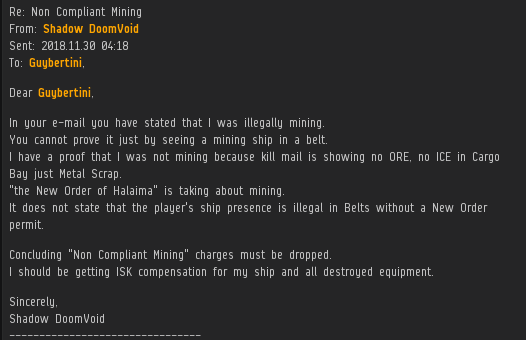 Perversely, Shadow tried to use Guybertini's superior performance against him! 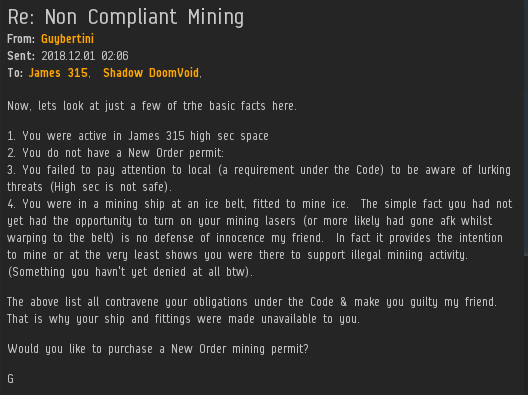 Our Agent was unimpressed by Shadow's argument. He refused to grant the miner's reimbursement request, but graciously offered to sell him a permit. That should have been the end of the argument. 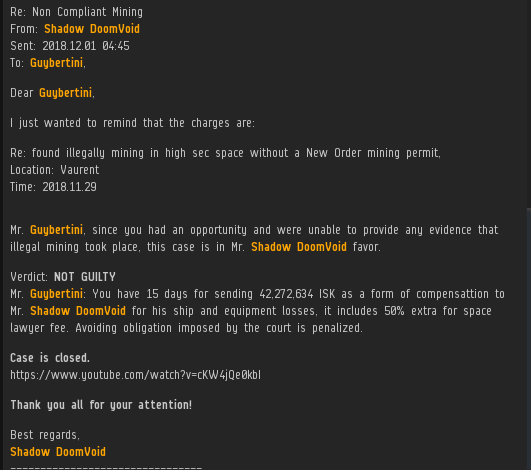 In a bizarre display, Shadow conducted some sort of show trial and ruled in favor of himself. We've seen plenty of miners play the role of space lawyer, but this Shadow character was on another level entirely: Space judge, of his own case? Talk about a conflict of interest. 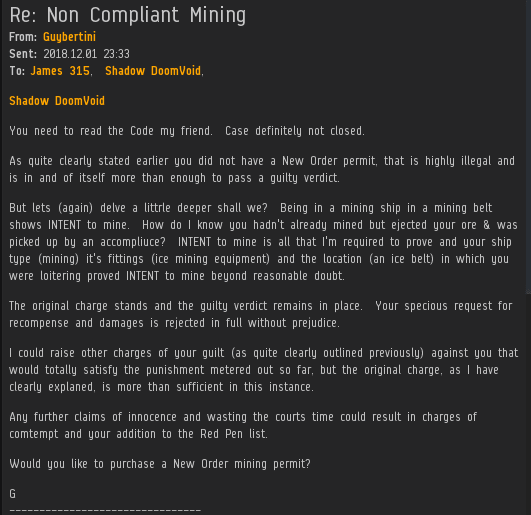 Guybertini wasn't fooled. Miners do not govern themselves; they're incapable of it. Our Agent was the representative of the law. 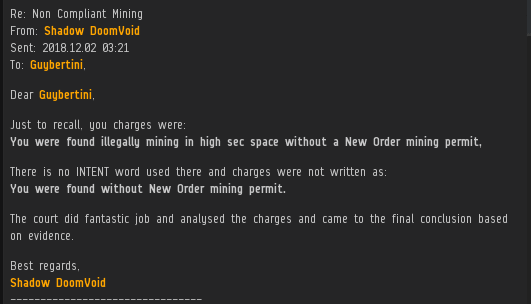 Shadow wrote a peevish reply, again attempting to assert the authority of his imaginary "court".

No matter how much the miner might wish it otherwise, Agent Guybertini was in the right. Shadow's intent to mine without a permit was undeniable. 'Twas a good kill. 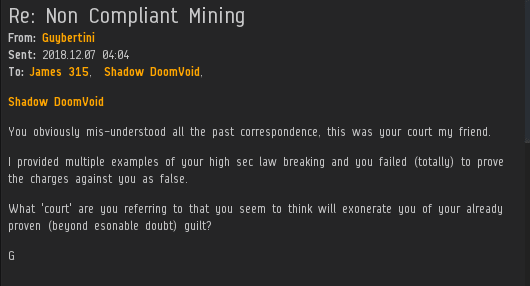 Finally, Shadow gave up. He was guilty--and he knew it.

"But James 315," says the space-lawerying carebear. "Since when was 'intent to mine' the same as mining? You're just making things up as you go along."

Oh, my poor, misguided friend. Intent to mine has always been treated the same as mining. And if you doubt, look no further than the perpetually useful New Order Bathroom Protocol, from way back in 2012:

Clearly this miner didn't read all the comments on a MinerBumping post from six years ago. His mistake.
Posted by MinerBumping at 18:02