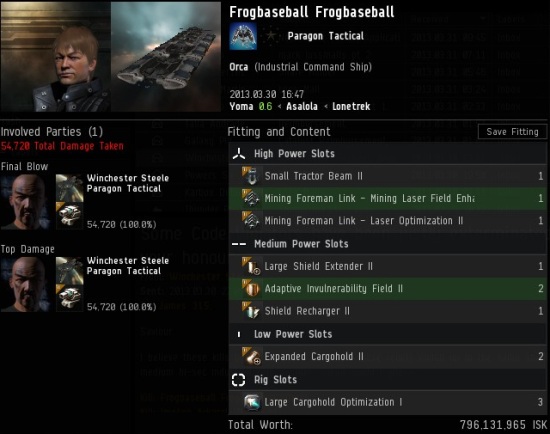 Even an anti-tanked Orca like Frogbaseball Frogbaseball's can't be killed by a solo Talos in highsec. Unless, of course, there's a wardec. Or an awox.

Agent Winchester Steele joined a highsec industrial corp in good faith. He was gobsmacked to see that rebel mining operations were taking place in the corp. Luckily, Concord does not interfere if you shoot members of your own corp, so Winchester unloaded on them. Everyone loves a whistleblower!

The art of awoxing has become more prominent, thanks to the various pro-carebear changes to highsec that have been implemented over the years. Agent Armstrong Geten, too, felt the call. 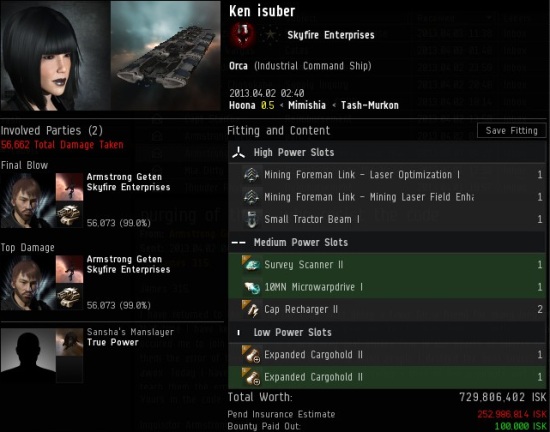 Armstrong showed up to the corp mining op in a Tornado and obliterated everyone in sight, including an Orca, three Retrivers, and (somehow) one of the pods.

The New Order brings life and activity to an otherwise dull, silent highsec. It's not just local that we liven up; we also spice up everyone's corp chat. Valen Caderante logged in and was surprised to see so many members of his and Armstrong's corp chatting.

Armstrong could have hit and run, but he chose to remain in the corp to explain his actions. The "victims" of his attack were tripping over each other to drop the H-bomb. 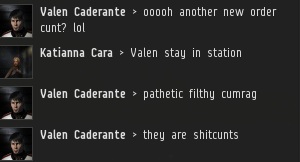 It didn't take Valen long to realize that the New Order was at work; our reputation always precedes us now. Was he going to take the fight to Armstrong? No, he was instructed to remain docked up. 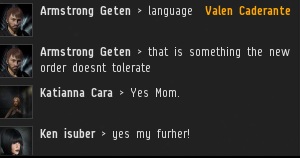 It's difficult to get miners to sit at their keyboards and learn about the Code. But the death of the miners was a great conversation starter. After all, the corp mining op was cancelled, so what else did they have to do? 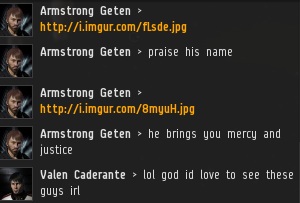 A picture is worth a thousand words. Armstrong passed along some New Order tracts. 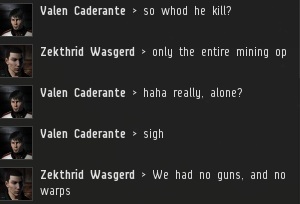 Old habits are difficult to change. The carebears blamed their lack of firepower and "warps" for their loss, instead of admitting that they were guilty of violating the Code.

Still smarting over his Orca loss, Ken isuber requested additional information about what went down. 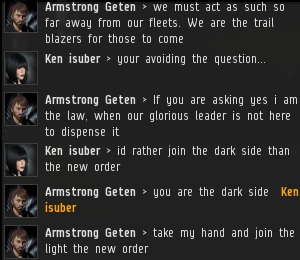 Armstrong explained that when James 315 is not present, his Agents act on his behalf with full authority to enforce the Code. The authority includes the death penalty for serious crimes. Of course, all violations of the Code are serious. 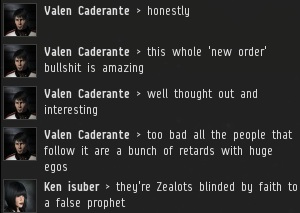 The miners debated whether their beef was with the Code, the Agents or the Saviour. 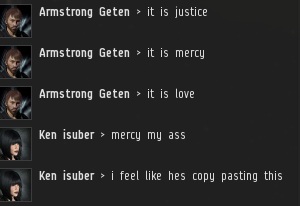 Sometimes it's difficult for miners to immediately see the loss of their ships as an act of mercy. It takes time. 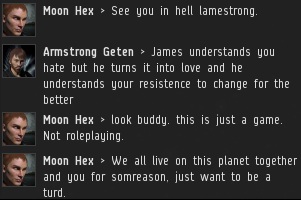 Having mostly watched the conversation in silence, the CEO of the corp rebuked Armstrong.

Like all awoxers, Armstrong eventually had to leave the corp. But there's no doubt that he will be remembered for as long as the corp exists, and that he went out with class. To all miners reading this, I would encourage you to bring a combat ship to your next mining op and destroy the Code violators in your corp. Do you want to AFK next to a bunch of people you don't even like, or would you rather become a legend?
Posted by MinerBumping at 19:53