After a long week, it's nice to sit back, relax, and reflect upon the death and destruction delivered to those who violate the Code. Here's some reflection fodder for you: Some fine kills made during the week of December 8th @ 00:00 EVEtime through December 14th @ 23:59 EVEtime. 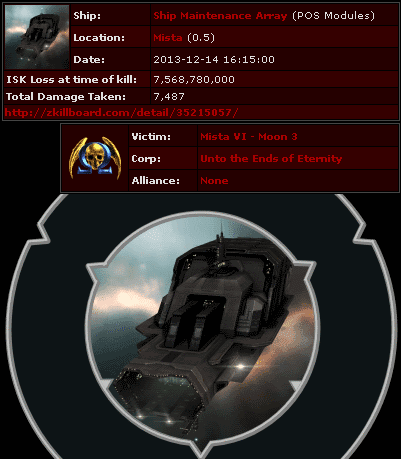 KILLMAIL
Unto the Ends of Eternity corp lost 7 and a half billion isk when its Ship Maintenance Array was destroyed during a wardec. Agent Fallen Angel III uses alts to conduct wardecs, which are very handy for removing pesky bot-aspirant structures. Prototype Mk3 and Rurik Torgaddon destroyed a POS and everything inside of it. I'd post a screenshot of what was inside the SMA, but the screenshot would need to stretch unto the ends of this post. I'll just describe its contents to you: Everything. 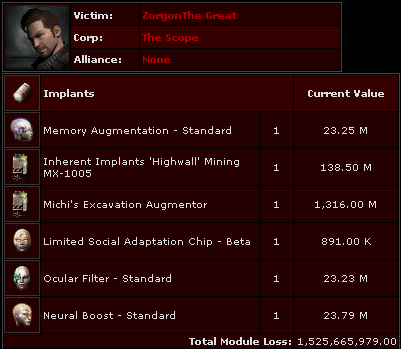 KILLMAIL
ZorgonThe Great thought he could get away with two bot-aspirant mining implants, but Agent Sara Arran was having none of it. Tough, but fair, she let the miner off with a warning. The warning was that she destroyed the miner's 1.5 billion isk pod. 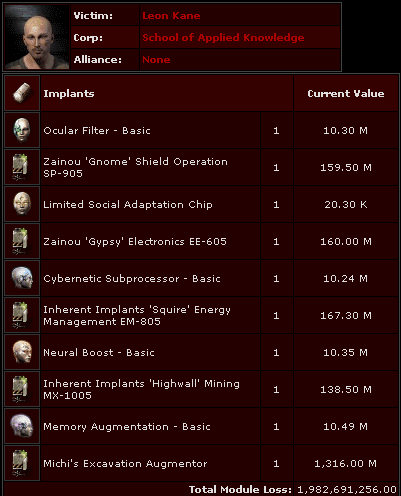 KILLMAIL
Can you believe it? Leon Kane made the same mistake! Agent loyalanon took a page from Sara's book and delivered a stiff warning in the form of bullets. Smashing a 1.9 billion isk pod isn't a harsh warning, when get right down to it: A miner can lose many pods in the future. Think of the money they'll save by getting compliant after they lose the first one. 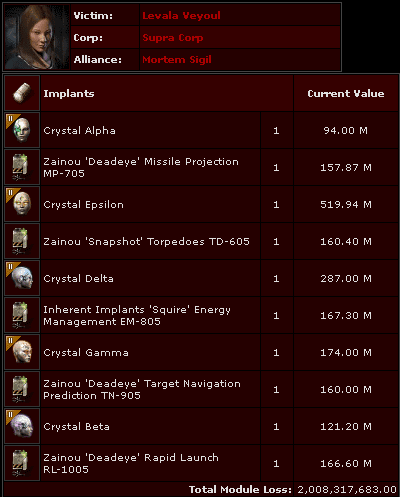 KILLMAIL
If you haven't guessed it already, this week has been podtacular. Levala Veyoul managed to top Leon's loss with a pod worth a hair over 2 billion isk. The Marmite Collective members HoleySheet1, Apiece O'pie, Da Umbala, Hellrush, Niclas Solo, Samantha Astuto, and smiling Raptor all got on the podmail, holding the the bot-aspirant in place and savoring every moment of it. Apparently they had some inkling of the pod's contents. Patiently, they waited for pod connoisseur D400 to join in on the killmail. He's like a lucky charm for pod killmails, and the pod was bountiful indeed. 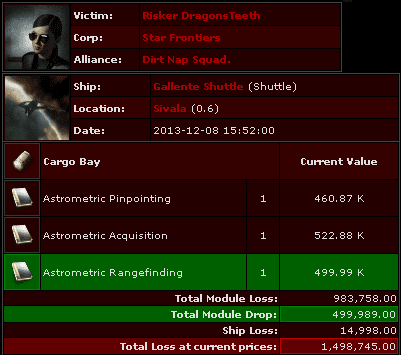 KILLMAIL
This brings us to Risker DragonsTeeth of Dirt Nap Squad., the alliance of notorious carebear spokesman Trebor Daehdoow. Risker apparently believed his friend Trebor had already succeeded in his mission of removing all risk from highsec. Therefore, he thought there was no harm in going AFK in a shuttle with a few boring skillbooks. Agent D400 popped the shuttle. From that point, Risker's risk increased considerably... 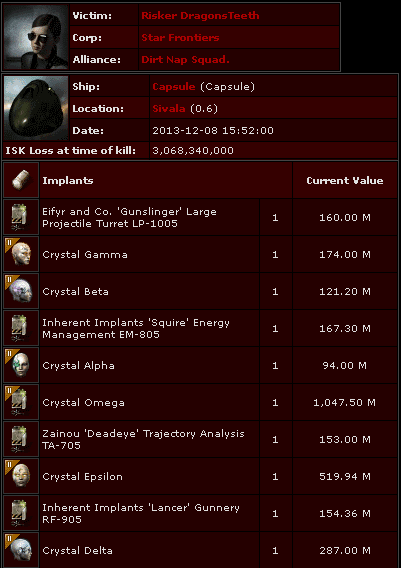 KILLMAIL
KABOOM! D400 gave the 3 billion isk pod a dirt nap and sent Risker back to nullsec on the pod express. It was probably the most expensive thing Risker ever lost. Nullsec dwellers, pay heed: Highsec is not a carebear theme park. Not while the Agents of the New Order stand guard over it.
Posted by MinerBumping at 23:27