Previously, on MinerBumping... Agents of the New Order came across a hive of bot-aspirants, the 80-member leckybaby Corporation. Our heroes immediately declared war. The leckybabies refused to surrender, and suffered from a series of disasters.

Even so, the leckybabies vastly outnumbered our small group of Agents. They contacted leckybaby Lauren Williams and encouraged her to show some backbone. 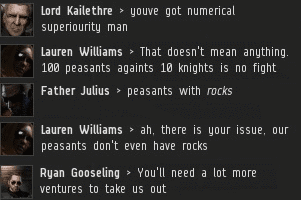 Despite mining endlessly in the asteroid belts, Lauren claimed her fellow miners had no rocks to throw at the New Order.

Agent Lord Kailethre was shocked by the carebears' lack of preparedness. Was there no one among the 80-member corp who was willing to fight? Could they not even send out a champion to represent the corp?

Finally, the leckybaby Corporation was able to muster the strength of two warships. Seeking a decisive engagement, they combined the forces of the two ships and steamed across highsec. Agents of the New Order were willing to give battle. It would be the first serious test of the leckybaby fleet. If they lost their "two main ships", there might not be anything left to test, though. 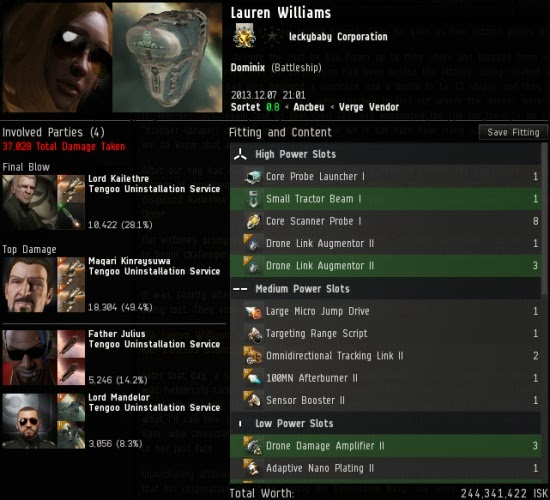 Lauren's Dominix went down easily. It all came down to the leckybaby Corporation's CEO. If the leckybabies had an ace up their sleeve, now was the time to play it. 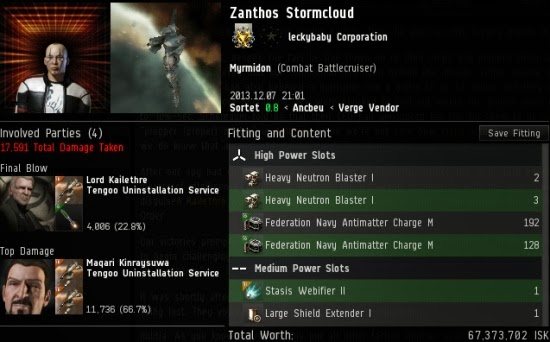 ...But the CEO's battlecruiser proved to be no match for the New Order. With the loss of the leckybaby flagships, their defense force was seriously eroded. There was little to prevent the New Order from preying upon the leckybaby Corporation's non-combatant vessels. 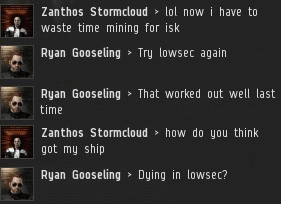 CEO Zanthos Stormcloud brushed off the defeat. Normally the loser would claim that the "loss has already been replaced", but he couldn't even manage that. He would mine for a replacement at some point in the future, he claimed.

It didn't take long for the leckybabies to feel the loss of their two combat ships. The miners had to go out and conduct their illegal mining operations unescorted. 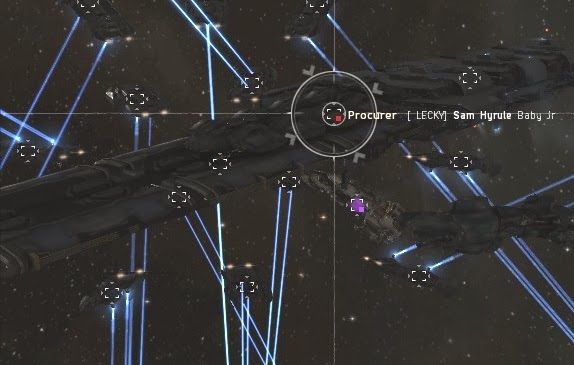 A leckybaby Procurer was quickly discovered and tackled. She sought cover amongst her fellow miners, but it was no use: She remained on everyone's overview. 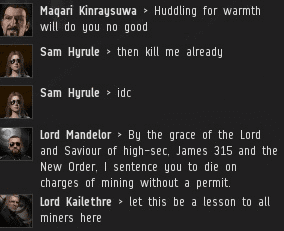 Utterly demoralized, she could only pray for a quick death. Agent Lord Mandelor showed mercy and granted her request. 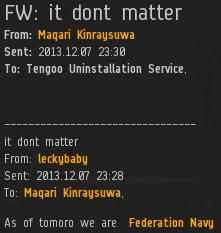 In a desperate bid to save the corporation, leckybaby himself sent a communication to one of our Agents. leckybaby wrongly believed that by joining faction warfare, everyone else in the Gallente faction would join the war against the New Order corp. His cries for assistance went unanswered. Instead, the corp simply made itself vulnerable to the rival factions, which assaulted them at every opportunity. 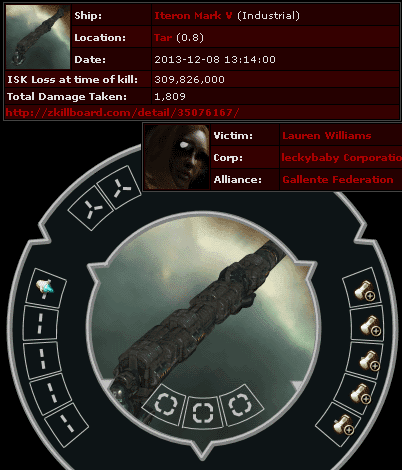 Sadly, there were no plans to reconstitute the leckybaby Corporation's fleet. The leckybabies started to lose faith. Lauren Williams packed up her things in an anti-tanked Iteron V and tried to escape while the getting was still good. However, the getting wasn't as good as she thought: Her life savings, worth 309 million isk, went up in smoke. 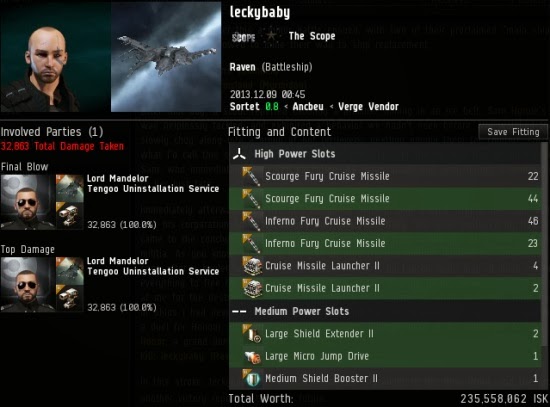 leckybaby brought his Raven for the duel. It was equipped with the latest in medium shield-boosting technology. But the New Order has never met a tank it couldn't break. Neither the fury cruise missiles, nor leckybaby's own fury, could save the corp. The New Order emerged victorious once more. 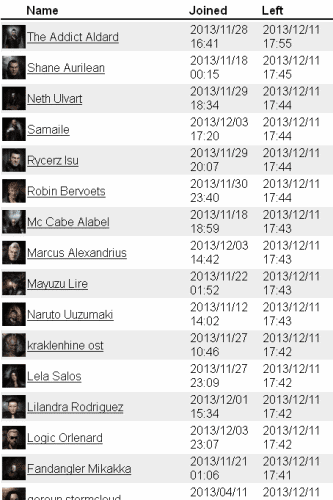 The leckybaby Corporation had been over 80 members at its height. As the EVE Who history shows, the deterioration of the corp ended with a final call for everyone to leave. Scores of remaining leckybabies departed. 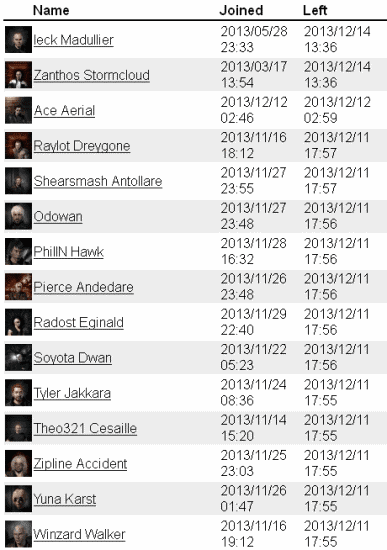 Zanthos Stormcloud, the CEO, and leck Madullier were the last to leave. The leckybaby Corporation was no more. The ex-CEO and "leck"-themed characters retired to their 4-member From Wastelands corporation, trembling in fear of future wardecs. But the empire of 80 miners breathed its last. There were recriminations, of course. The former leckybabies wanted to know whom to blame for their lack of military strength and for their dizzyingly swift defeat.

It's no mystery, though. Without the Code, they had nothing to build upon but a foundation of bot-aspirancy. The carebears can gather together into as big a corporation was you please, but when faced with Agents of the New Order, all they can do is topple over.
Posted by MinerBumping at 22:59