About one year ago today, I announced the creation of the Knights of the Order. My decision to encourage Agents to consider a career in suicide ganking was a fateful one. We've inflicted a couple trillion isk in damage to the Code-violators of highsec since then. Let's take a look at some of the death and destruction that befell our enemies during the week of December 1st @ 00:00 EVEtime through December 7th @ 23:59 EVEtime. 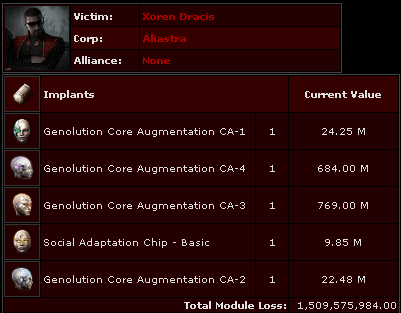 We're going to flip things around a little today. Xoren Dracis lost this week's big pod when Agent Agent 057 set him back 1.5 billion isk with one salvo. Carebears of highsec, try using your head before you fill it with implants. 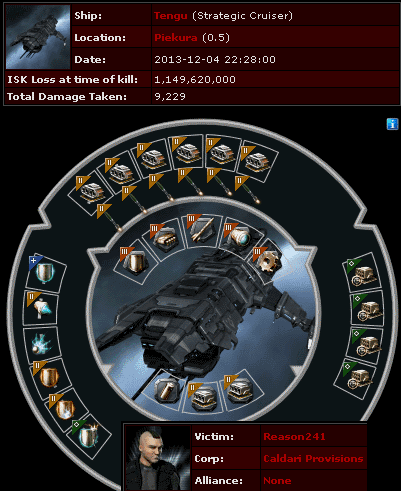 Reason241 is the latest victim in an epidemic of tech III cruiser pilots who have been going AFK at stargates. Apparently they assume they're perfectly safe in highsec. Agents Sophia Soprano and Cadica Do'Urden challenged that assumption when they landed on Reason241 with a pair of Tornadoes. Over a billion isk was lost, but Reason241 received a wake-up call worth so much more. 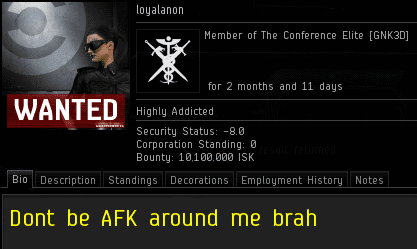 Agent loyalanon of The Conference Elite has a burning desire to save carebears from their AFK ways, even if it means burning the carebears themselves. As a fleet commander for the New Order, loyalanon has coordinated countless strikes against high-value targets such as Orcas, blingy mission bears, and even the occasional freighter. You've seen many of those kills in previous Kills of the Week posts, and today is no exception, as will become increasingly clear as you read this post. If you have an interest in ganking or scouting in fleets, contact loyalanon and learn how you can help. 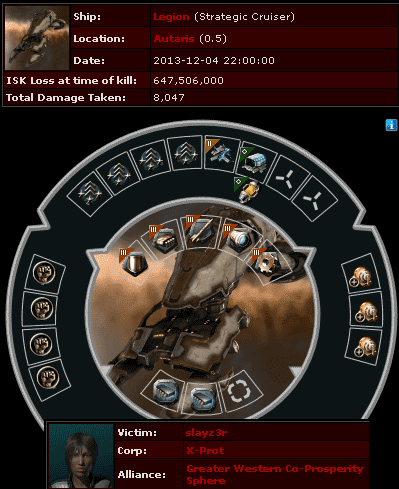 slayz3r filled his Legion with Warp Core Stabilizers. That might have been useful in enabling him to escape, except for one thing: You can't activate your warp drive from your kitchen, or your bathroom, or your friend's apartment, or wherever the heck slayz3r was when the gank occurred. Agents Cadica Do'Urden, loyalanon, and Sophia Soprano caught him idling at a stargate and took him down. 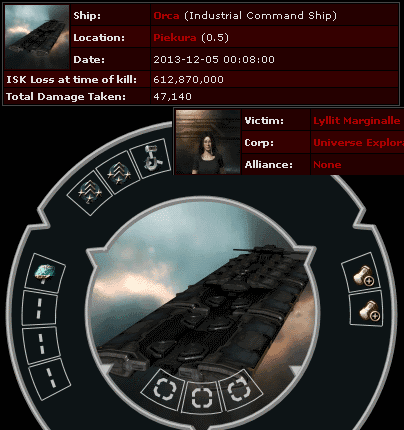 Lyllit Marginalle. Remember that name well, my friends. This week, Lyllit committed one of the worst acts of bot-aspirancy that I've seen in my long career. "Okay," you say, "She was flying a fail-fit anti-tanked Orca in a 0.5 system and didn't even bother to buy a mining permit. We've seen this before. What makes Lyllit so special?" 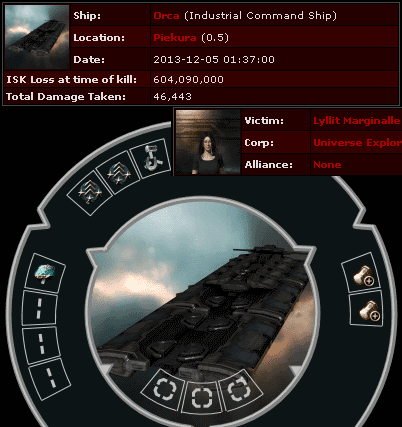 No, I didn't accidentally post the same PNG twice in a row. An hour and a half after Lyllit Marginalle lost her first Orca, she returned to the ice anomaly in the same system with the exact same fail-fit, anti-tank setup on a brand new Orca. loyalanon was still running an Orca-killing fleet in the area. It wasn't necessary to reinvent the wheel: Agents Maestro Ulv, Fap Angel, Sophia Soprano, Zazz Razzamatazz, Cadica Do'Urden, Janine Frost, Victor Von Vyvorant, and loyalanon came back and ganked Lyllit again! 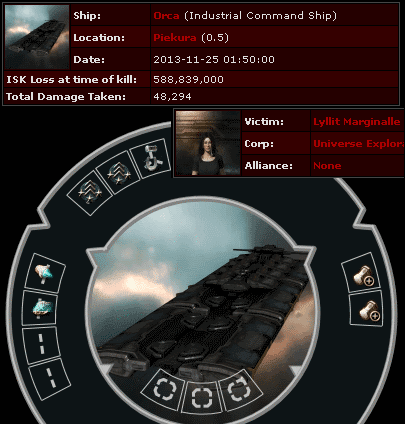 As it turns out, Lyllit Marginalle had encountered one of loyalanon's fleets before, ten days earlier. Lyllit just can't learn. In their first meeting, she'd been caught with the same anti-tank fitting, with one exception: Back then, she was also using a 10mn afterburner. Apparently she'd given her fitting a lot of thought since then and dropped the afterburner. That's all. (Agents Zane Arnolles, loyalanon, Eranicus II, James Haythem, Sophia Soprano, Victor Von Vyvorant, Gravydoo, Katarina The Despoiler, Cholo Dejesus, and Zazz Razzamatazz performed this gank.) 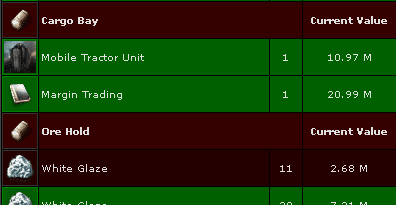 To give you some idea of just how preprogrammed this bot-aspirant Orca pilot is, here's a peek into the cargo bay that was destroyed when she lost her first Orca this week. See the Margin Trading skillbook sitting uselessly in there? Okay, now for the cargo that got blown up an hour and a half later:

Yes, when Lyllit was buying her replacement Orca, she made sure to buy an extra copy of the Margin Trading skillbook so it could sit in the cargo. Because you wouldn't want to get an Orca without one of those. A tank module, though? Nah. Never considered it. 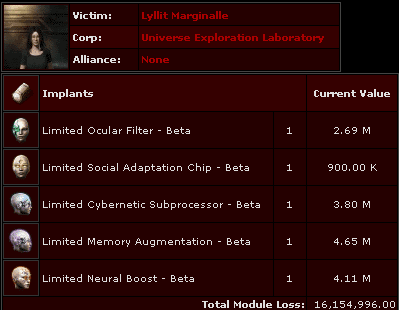 Lyllit was careful to keep her implants cheaper, though. On the day of her double Orca loss, as well as ten days earlier, she was podded with the exact same set of "Limited" learning implants. I don't normally advise miners to buy more expensive implants, but given how limited her ability to learn is, anything is worth a try.
Posted by MinerBumping at 22:11