Many a merry Christmas was had in highsec last week. But the New Order spreads holiday cheer all year. Here's a sample of the bliss shared by our Agents during the week of December 22nd @ 00:00 EVEtime through December 28th @ 23:59 EVEtime. 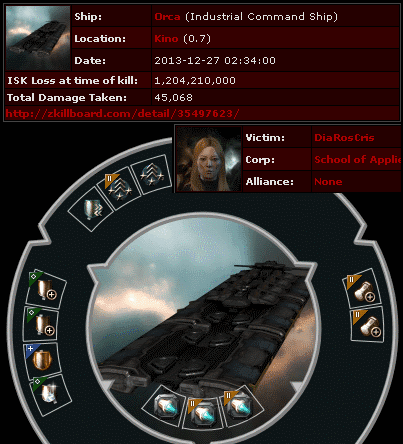 But wait. Does the name DiaRosCris sound familiar? Maybe? Here, let me help you: 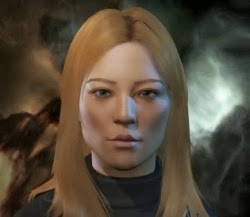 There's that thousand-yard stare again. Yes, DiaRosCris was the pilot who managed to lose a freighter by taking it through lowsec just to haul a single shuttle. The horrors of her life haven't ended, it seems. 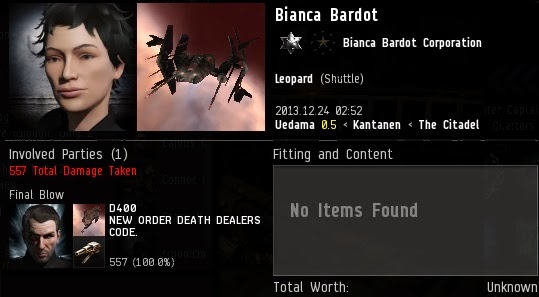 If you thought this was a Minmatar Shuttle, look again. Bianca Bardot lost her special Leopard shuttle almost immediately after receiving it from CCP. Agent D400 won the race for the first Leopard kill. 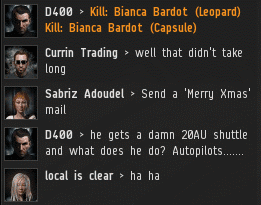 We've killed several more Leopards since then, and they're well on their way to becoming extinct. They have special warp speeds--as fast as a leopard. But how fast can the Code be enforced? Faster than a leopard! 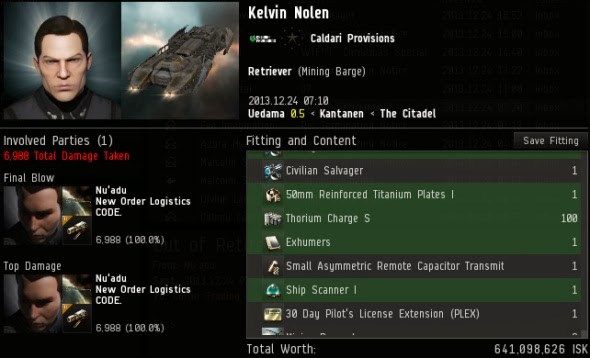 Soon after Agent Nu'adu returned to highsec to enforce the Code, he came across Kelvin Nolen's 641 million isk Retriever. That's a pretty pricey Retriever--the PLEX in the cargo probably has something to do with it. But at least Kelvin tried to tank his Retriever. 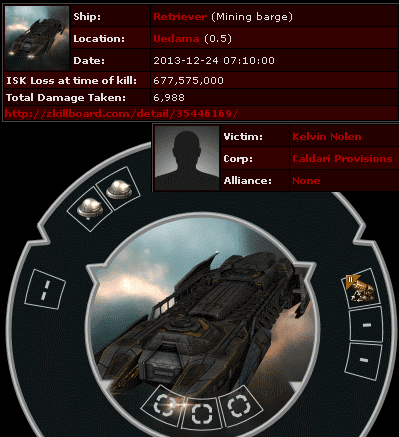 ...Or not. Mining in an untanked Retriever with a PLEX in the cargo, in Uedama system of all places. Sigh. So much work still to be done in highsec. 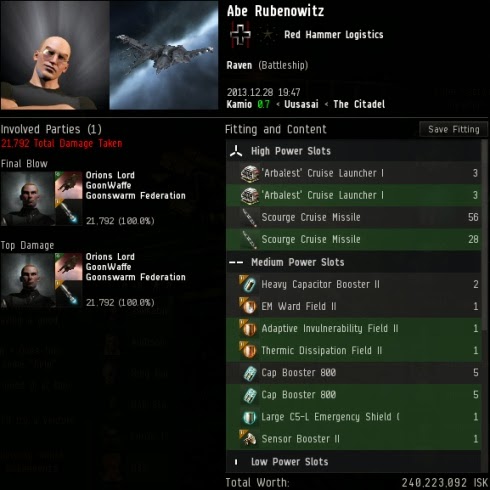 Abe Rubenowitz was a bit peeved when he saw Agent Orions Lord killing a Retriever. So he stepped up to the plate in his Raven, prepared to play the role of the rebel defender. It ended exactly as you'd expect: He went boom.

I was intrigued by Tul Breetai's EVEmail about a rebel uprising in the Yoma system: 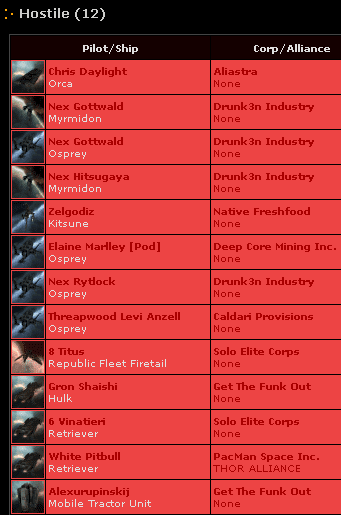 As best as I can tell, when the rebels tried to pile on a ganker's Talos, a bunch of kill rights were earned and all hell broke loose. The Insurance Fraud. alliance, including Dynomyte Saraki, Tul Breetai, Korben Kurvora, Kanninto Medicci, and The Rabbitman put the carebears in their place. Why did the carebears lose this battle without inflicting a single loss, you ask? Decadence: 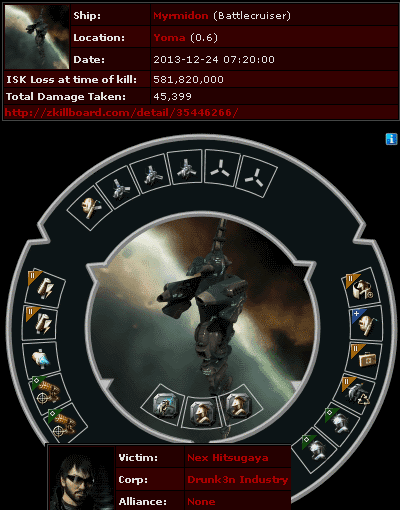 Anyone flying a battlecruiser worth 581 million isk obviously doesn't expect to lose it. So much for that idea. 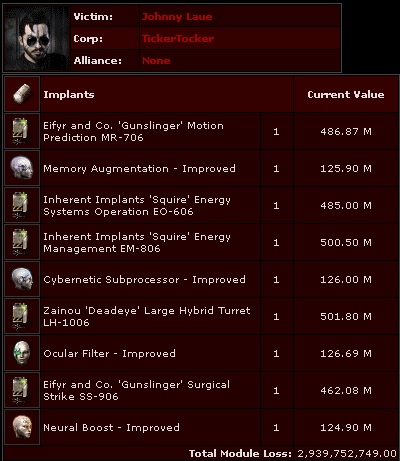 Johnny Laue was autopiloting on Christmas Day with a pod worth 2.9 billion isk. He might call Agent D400 a grinch for popping him. Actually, D400 was playing the role of Santa Claus. Johnny's dead pod was a gift to everyone else in highsec!
Posted by MinerBumping at 20:03