The allegedly pro-carebear people out there will tell new players that they need to spend a lot of time mining in perfect safety before they can get involved in the fun parts of EVE. Such advice does more to harm the new players than anything a ganker ever did. Indeed, ganks encourage EVE players to wake up, adapt, and rethink what they're doing. So this holiday season, give the gift of gank. Speaking of which, let's look at some ganks from the week of December 15th @ 00:00 EVEtime through December 21st @ 23:59 EVEtime. 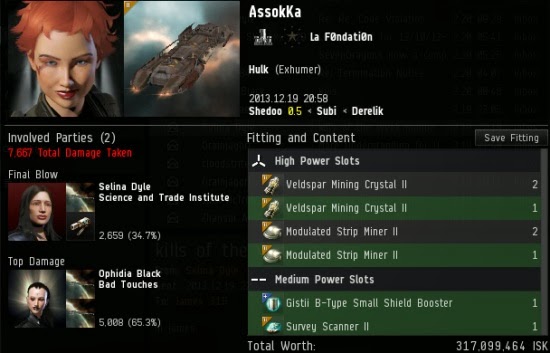 AssokKa put a Gistii B-Type Small Shield Booster on her Hulk and called it a day. Agents Selina Dyle and Ophidia Black had a few recommendations on how to properly tank a Hulk. Hint: Don't fly a Hulk. But AssokKa didn't get the message. Just after I was informed of her first death... 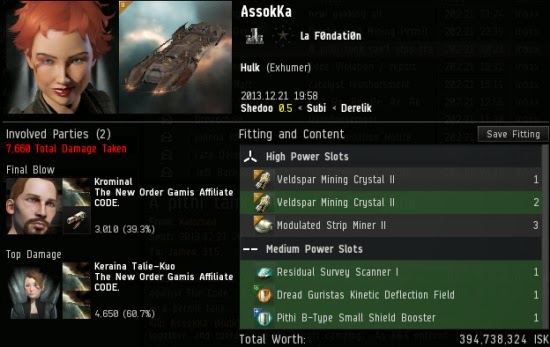 ...AssokKa appeared on a completely different report from Agents Krominal and Keraina Talie-Kuo. According to the report, some local rebels tried to save AssokKa. They failed. It wasn't just that the rebels were incompetent, though. AssokKa didn't exactly pull her own weight, having only "learned" to add a Dread Guristas Kinetic Deflection Field to her earlier Hulk fail-fit. 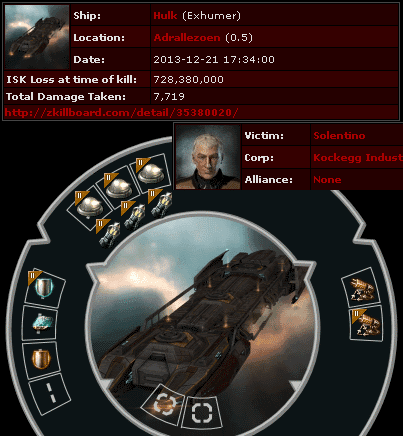 Is it "Lose a Hulk Week" or something? I thought miners had moved on from using Hulks. Solentino fit an expensive named mining upgrade to his ship and waited for the inevitable. Agents Rick Therapist and Brutal Anna played the role of the inevitable in this gank, sending 728 million isk into the ether. 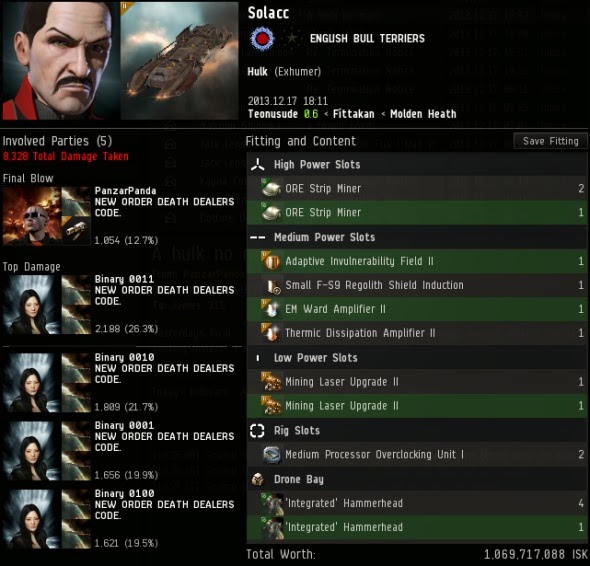 Seriously? Solacc lost a Hulk, too, worth over a billion isk! Agents PanzarPanda, Binary 0001, Binary 0010, Binary 0011, and Binary 0100 weren't impressed a bit. They'd have more respect for a cheap Retriever, as long as it has a 10 million isk mining permit. And don't let the Binaries fool you. They may have bot-like names, but their actions prove they're all heart. 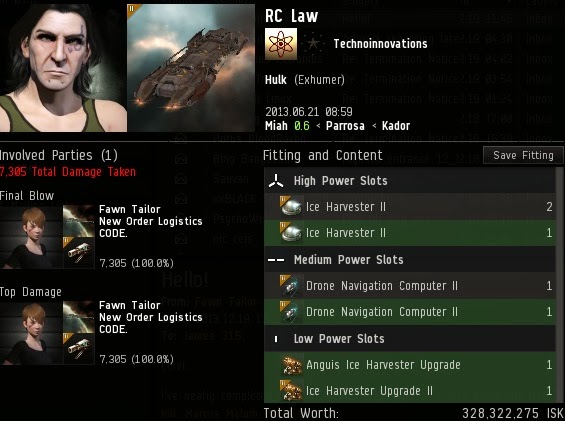 What's this old kill doing here? RC Law lost a Hulk back in June, thanks to Agent Fawn Tailor's efforts. She also popped his billion isk pod. What's the relevance of this kill? 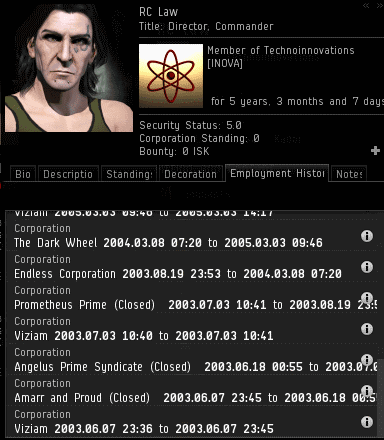 With all the talk of protecting "newbies" who mine in highsec, Fawn wanted to point out that these "new players" can date as far back as the summer of 2003. Don't let 'em kid you. That having been said... 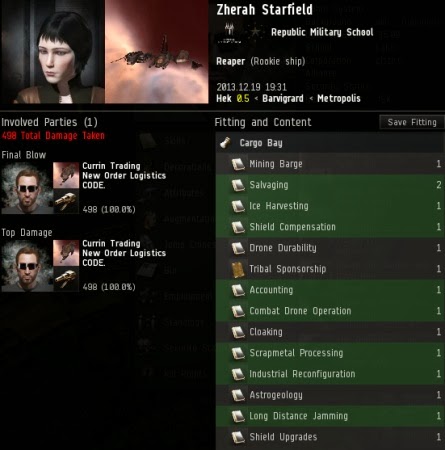 Zherah Starfield was only one day old when her rookie ship was popped by Agent Currin Trading. Normally that would be cause for minor celebration. But look at the 40 million isk worth of skillbooks and you can see that Zherah was already plotting a criminal career path. In the Star Trek universe, criminal tendencies are detected early on and dealt with. Perhaps this is how it's done: Gank them while they're still young and malleable. 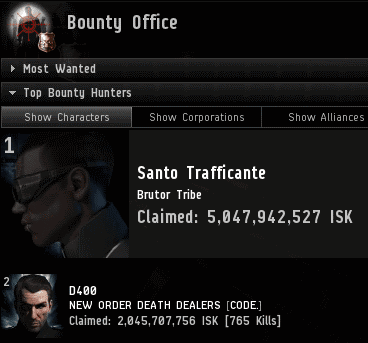 Speaking of crime fighting, Agent D400 is now recognized as the #2 bounty hunter in the entire EVE galaxy. Of course, not every criminal has a bounty. 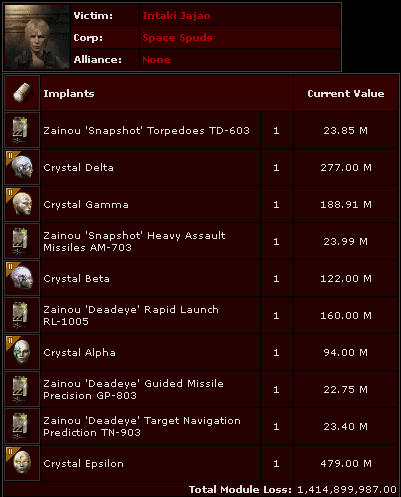 Case in point: Intaki Jajao, whose 1.4 billion isk in implants were pelted by Agent D400's phased plasma bullets. Don't let the sovereignty labels fool you. When it comes to highsec, it's all Order, all the time.
Posted by MinerBumping at 21:42