The Carebear Who Came in from the Cold, Part 2 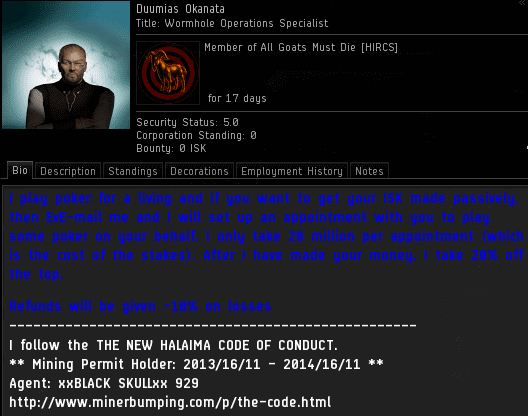 Ledrian's alt was Duumias Okanata. Ironically, in his bio, Duumias claimed to have purchased a mining permit from the same guy he was accusing of treason. 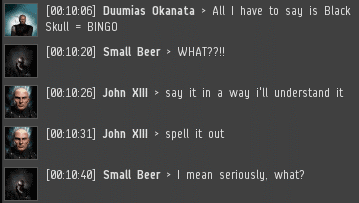 As usual, Ledrian was cryptic and overdramatic. In time of war, when truth is so precious, it must be attended by a bodyguard of hype.

Agents Small Beer and John XIII were ready to report this intel directly to me at a moment's notice. Small Beer was just about to send the evidence, until he remembered that Ledrian hadn't provided any yet.

Ledrian leveled another extraordinary accusation at the NODD CEO: All of his kills--hundreds of billions of isk worth of dead miners--were staged! It's unclear how Ledrian knew that xxBLACK SKULLxx 929 never botched a gank, "EVER". Maybe the same way CCP Navigator knew that SOMER Blink honored every blink played "without exception". 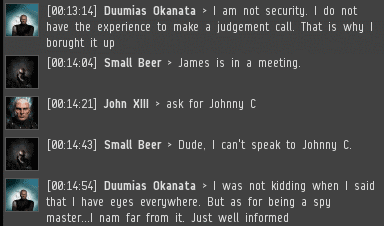 After unveiling his bombshells, Ledrian claimed to have eyes everywhere. This is impossible. I'm the one who has eyes and ears everywhere. So where would there be room for all of Ledrian's eyes?

Ledrian was convinced that xxBLACK SKULLxx 929 was secretly a traitor operating at the highest levels, putting the entire New Order in grave peril. For this most serious of crimes, Ledrian recommended a temporary suspension. Just like in real life. 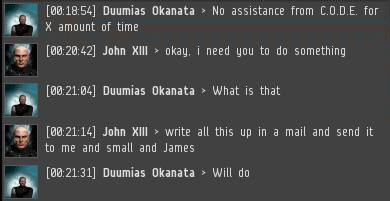 Given the severity of the accusation and the potential penalty, John recommended Ledrian draw all of this up into a formal memorandum. 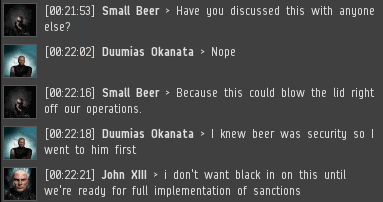 No doubt Ledrian was eager to be rewarded for his intel, but John knew it was too sensitive a matter to be rushed. A full investigation would need to be launched. In the meantime, everything must be kept quiet. 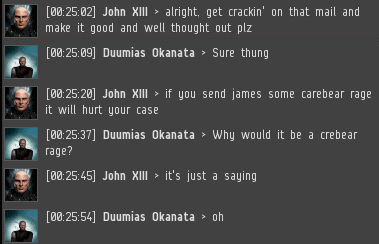 John cautioned Ledrian not to get too emotional. No need to worry; Ledrian had ice in his veins, especially after mining so much of it. 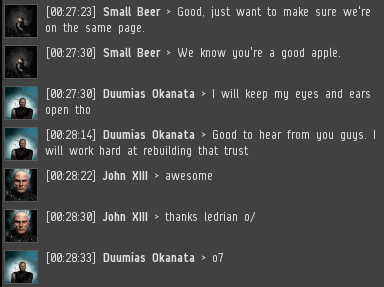 Ledrian was hopeful that this intel would rehabilitate his image among the New Order, putting to rest the memories of his promise to destroy us all on January 1, 2014. 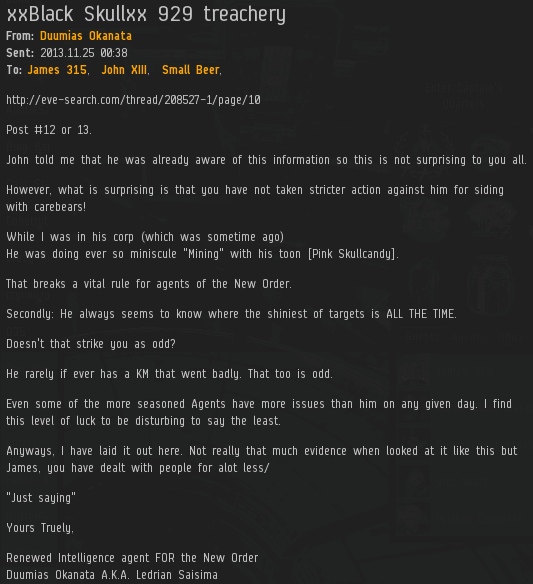 I received Ledrian's memorandum. In writing everything out, Ledrian realized, "Not really that much evidence when looked at like this," and offered the conclusion, "Just saying". I wonder how many intelligence reports in real life accuse someone of treason and end with, "Just saying"? 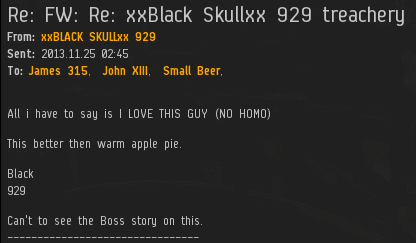 As a senior member of the New Order intelligence apparatus, the intel was immediately forwarded to xxBLACK SKULLxx 929, who was eager for more information. 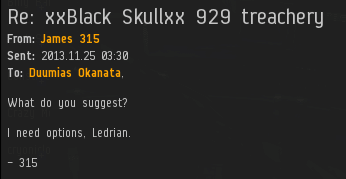 I attempted to contact Ledrian for more advice, but he went radio silent. As a result, no further action can be taken in this case. But I'm sure that at the very moment the New Order needs him most, Ledrian Saisima will return.
Posted by MinerBumping at 19:26