The bot-aspirancy was back in full force this week, so our Agents had to knuckle down and do the hard, honest work of killing people. Welcome to Kills of the Week for February 9th @ 00:00 EVEtime through February 15th @ 23:59 EVEtime! 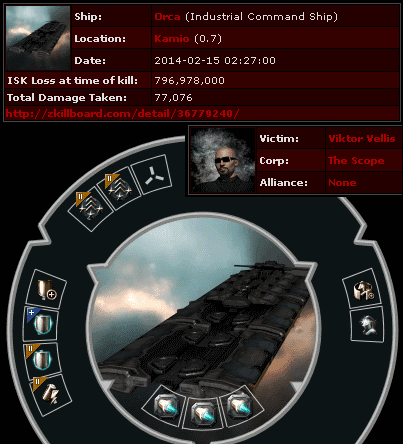 Viktor Vellis's wasn't the most expensive Orca killed this week, but it had my favorite fail-fit. Look at the lowslots. Nice armor tank, eh? That plate is a 200mm Reinforced Steel Plates I. According to EFT, assuming the Orca pilot had maximum skills, the plate took the Orca's hitpoints from 88,714 all the way up to 89,384. That's a bonus of almost 1%. I guess Jita was out of Damage Control Units? 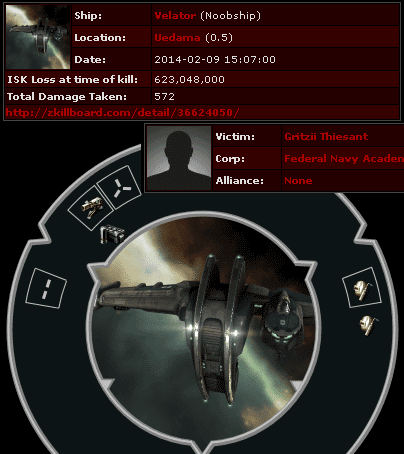 This week's theme is "Young and Old". Gritzii Thiesant played the part of a newbie with his bizarre Velator, popped by Agent Ario Drumall. A rookie ship worth more than 600 million isk? You don't need to be a psychic to guess the cargo...

...Yes, a PLEX. Well, that's one less month of bot-aspirancy we have to worry about. I also note that Gritzii had a so-called "Freedom of Operation License" in the cargo. Friend, there's only one license that gives you freedom in highsec, and that ain't it. 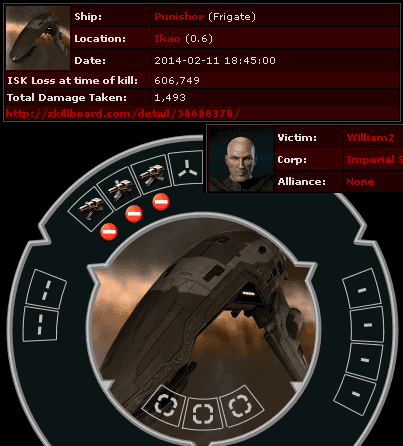 The other "newbie" ship belonged to William2, whose frigate was popped by Agent Ario Drumall for AFK autopiloting. Hmmm. It's untanked, but only worth 600 thousand isk. Not much to see here, right? 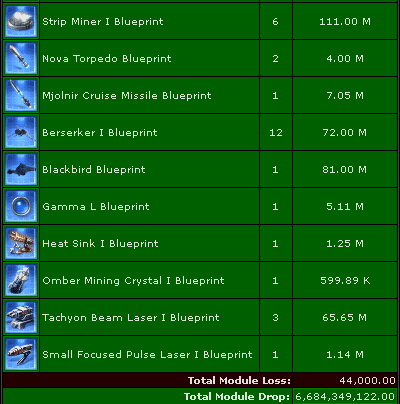 ...Until you see all of the blueprints in the cargo. There was quite a collection, including blueprints for illegal mining equipment. The total value is unknown, since we don't know which were originals and which were copies. Regardless, they were all burned to a cinder. 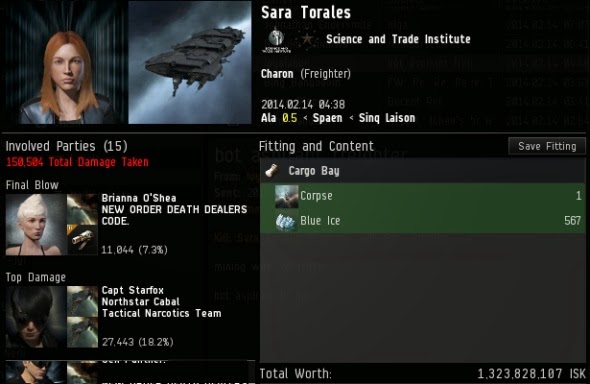 This is one of my favorite stories of the week. Sara Torales was running a mining operation with 20 Skiffs, which all dumped their ice into a nearby freighter. Sara thought the Skiffs' EHP would give her all the protection she needed. She never considered that the New Order might gank the freighter! The 100 million isk worth of illegal Blue Ice was all the cargo needed to justify the gank. 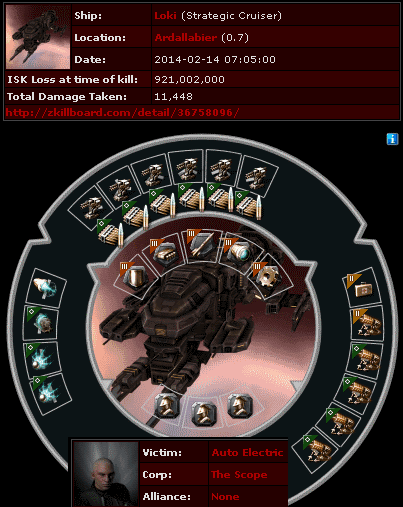 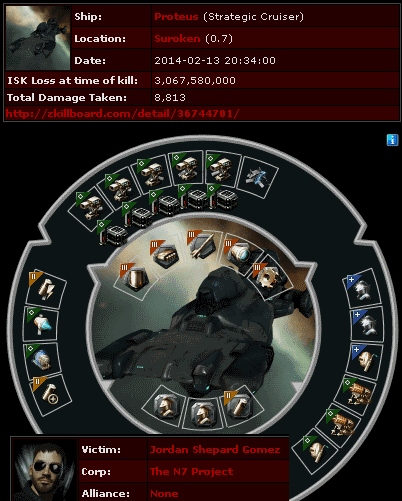 Another strategic cruiser! Jordan Shepard Gomez was less than a year old, yet he owned a 3 billion isk Proteus. It's very likely that he's been engaging in some form of botting or RMT. Even if he hasn't, he was found guilty of extreme bot-aspirancy with his decadent fit--a fit that proved Jordan assumed highsec is 100% risk-free. Since he was in a 0.7 system, Agents D400, Ario Drumall, moafle, WarBharr, WarDharr, Rahul Rah, and Zapper RPS-OK put together a collection of Thrashers and a Tornado for good alpha. Blammo! Victory was theirs. 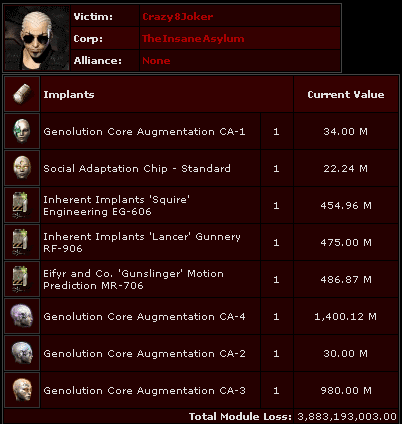 Crazy8Joker lived up to his name, losing nearly 4 billion isk worth of implants while autopiloting in a shuttle. Agent Ario Drumall won the pod lottery with this one. Crazy8Joker lost out on nearly four centuries' worth of permits, and for what? Carebears of highsec, if you follow Crazy8Joker's example, someone like Ario will make you famous.
Posted by MinerBumping at 21:43