The People's Front of Emolgranlan

As the Father of the New Order and Saviour of Highsec, I'm known for having vision, for seeing the big picture. To govern highsec, though, sometimes I am called upon to pay close attention to the details. This is particularly true when a dispute arises among the various factions who claim to be Agents of the New Order.

Concerned citizen Paladin X13Z21PTX7-1 breathlessly reported that a cell of New Order Agents had gone rouge. "Rouge"? It's none of my business what kind of make-up an Agent chooses to wear. (Provided, however, that the make-up was applied in a manner consistent with the Code and not in a manner that reflects a spirit of bot-aspirancy. Obviously.)

Actually, the context of the EVEmail suggests the Agents in question had not gone "rouge", but had gone "rogue". That's different. Rogue Agents are a highsec miner's worst nightmare.

I take all such reports seriously. The Father of the New Order wears many hats, and one of them is a deerstalker. I immediately launched an investigation to find out if the accusation was true. 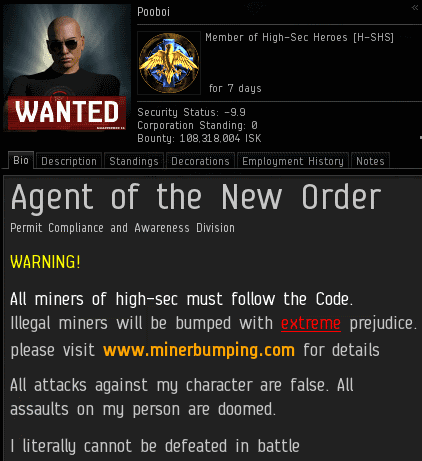 Pooboi said all the right things in his bio. His bio even specifically stated that attacks against his character were false. Not looking good for the accusation. 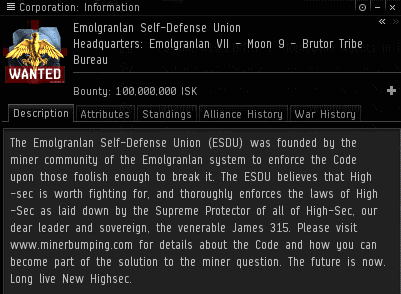 At the time of the report, Pooboi and the other Agents were members of the Emolgranlan Self-Defense Union, which proudly stood for the Code. And what about the accuser?

The accusation was false. Case closed. 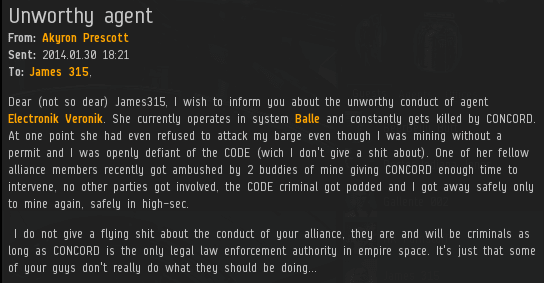 Next, I received a troubling report from Akyron Prescott, who claimed that one of my Agents was unworthy. Judging by the tone of the EVEmail, I was confident I could safely disregard this report, as well. But just to make sure, I did a little research.

Agent ElectroniK VeroniK was a member of one of the most highly respected corporations in EVE. In January alone, she destroyed over five and a half billion isk of illegal mining equipment. And she had a 99.15% efficiency rating--the mark of a truly elite PvP'er. 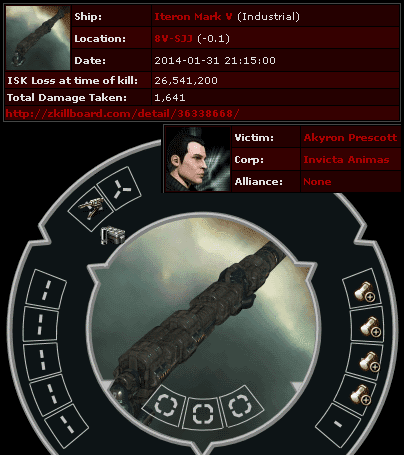 The accuser's killboard was less impressive.

No sooner had I closed this case than another popped up: 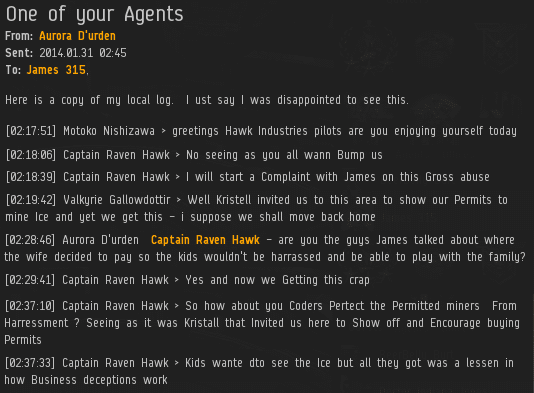 According to this report, an Agent was bumping a family of ice miners. Captain Raven Hawk clearly identified himself as being a member of the family that I wrote about in a recent MinerBumping post. 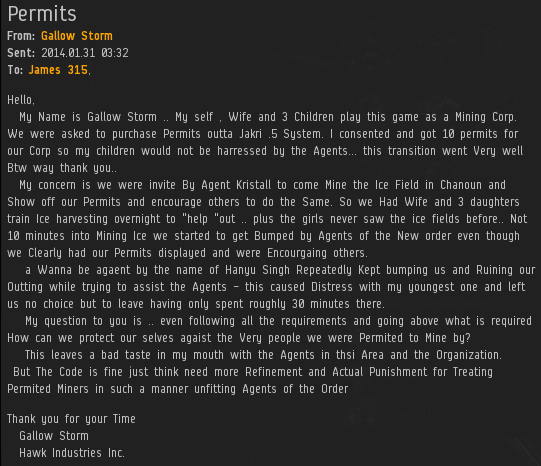 Gallow Storm, another member of the family, sent me a complaint directly. But then I noticed something--and this sort of thing is how I made detective at such a young age--Gallow and the other miners mentioned in these EVEmails were clearly not the names of the miners from the MinerBumping post. Moreover, this family of miners had three children, while the family in my MinerBumping post explicitly had two.

Thus, Captain Raven Hawk was either lying, or, more likely, didn't know about the MinerBumping post being referred to. Which means that he was not a regular reader of MinerBumping, which all Code-compliant miners are. (Not because it's required in the Code, but because all Code-loving miners read this blog voluntarily.)

Is it just me, or has there been a dramatic uptick in the number of families who mine in highsec with their children? Just in the last month, it seems. Did I miss a memo? I'm the Saviour of Highsec. I should be the first person to get any highsec-related memos.

But seriously, if anyone has trouble with an Agent or someone claiming to be an Agent, just follow the Code and you'll be fine. Have a little faith.
Posted by MinerBumping at 20:24