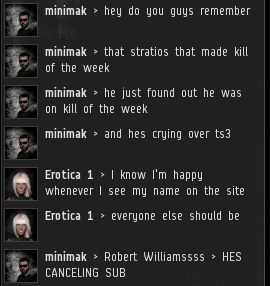 So many carebears lose such ludicrously-fit ships while violating the Code. I can't tell you how rewarding it is to know that we're making a difference. If you're a bot-aspirant and you end up being featured in one of these posts, please know that you have a golden opportunity to stop doing whatever it is you're doing.

With that having been said, it's time for the Kills of the Week, featuring kills from the week of January 26th @ 00:00 EVEtime through February 1st @ 23:59 EVEtime. 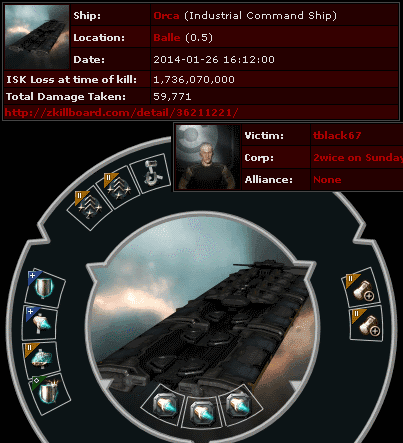 Nothing says "welcome to Kills of the Week" quite like a 1.7 billion isk Orca. tblack67 thought he was being clever by illegally mining with an anti-tanked Orca. Even more clever, he kept all of his possessions--including a sizable collection of blueprints--inside said anti-tanked Orca. Curiosity got the better of Agents Buck Futz, Jon 1, Loroseco Kross, Nerfbat Aldent, Nitetime Video, Dreadchain, dcomcnfg, and JINGKO BELLS, and they just had to crack open the Orca to find out what was inside. Scott Webb put a lot of time and money into his 2 billion isk Widow. And then he promptly went AFK in Uedama. This is where I might make a carefully-crafted pun about a black widow and its Webb, but like Scott Webb, I think I'll just go AFK for a few hours instead.

...Okay, I'm back. Agents Ario Drumall, Sozial Annetor, D400, Walter Kramer, and Ferdinand Ellecon destroyed the Widow. As for me, I wasn't logged in while I was AFK, so I didn't lose a multi-billion isk ship. Last week, Gantradies Dracos of Limitless Combat (still makes me laugh) corp lost a blingy Stratios. It was featured in the Kills of the Week post. When he found out, he started crying and maybe quit EVE. Gantradies, if you're still out there, I have some good news: You've lost only the second-worst Stratios I've ever seen. zandayus's 1.5 billion isk abomination is now the worst. Agent D400 did us all a favor and destroyed it. 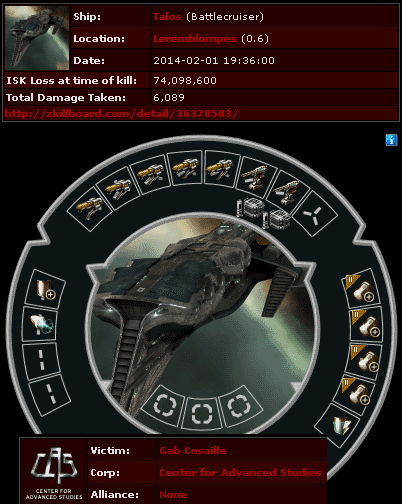 Gab Cesaille is the only carebear this week who lost a ship that offended me on a personal level: An anti-tanked mining Talos. As everyone knows, the Talos is a suicide ganking ship. Gab Cesaille, you disgust me. You took something beautiful and you turned it into something really, really ugly. Thankfully Agents Sarthana and unknown boat removed this perversion from highsec. 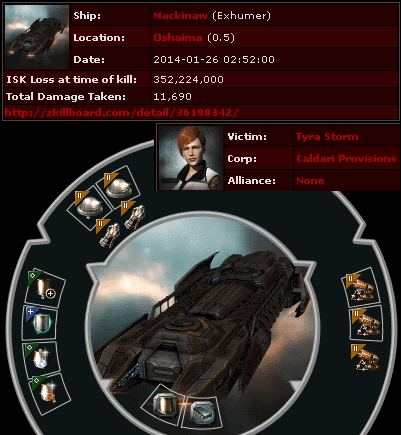 Tyra Storm put together your typical split-personality Mackinaw, filling it up with shield tank but reserving all the lows for mining upgrades. Agents Lydia vanPersie, Tainia Coragara, HHHNNNGGG, and Scrublord en Noobcake did their duty and destroyed it. Nothing new there, but something special was inside: 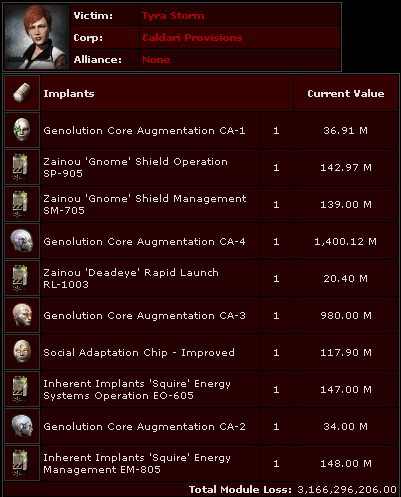 Agents of the New Order are getting quite good at locating and destroying expensive pods. It's been a few weeks now that D400 didn't get the pod of the week. You know what that means, though. He's got something special up his sleeve... 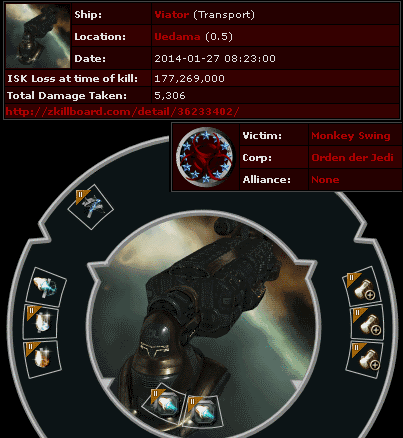 Monkey Swing deliberately purchased a hauling ship that can use a covert ops cloaking device, but he didn't bother enabling it while flying through highsec. After all, you can't cloak on autopilot, and highsec is 100% risk-free, right? Agents D400 and Ario Drumall busted the criminal and discovered blueprints inside the wreck. 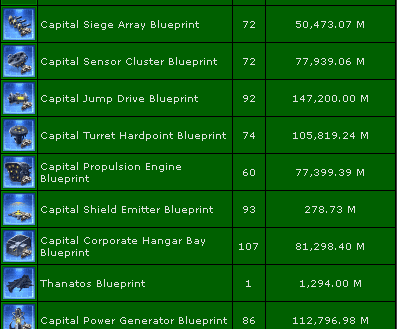 Lots of blueprints. Somebody was building capitals. Or they were going to try, anyway. Given the large quantity, obviously these are all or nearly all blueprint copies rather than originals. So let's see how ZKillboard estimates the value of the kill, assuming they're all copies: 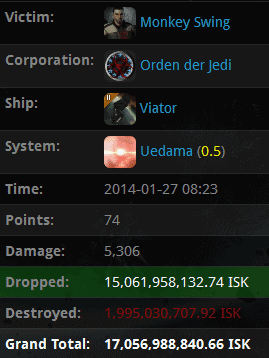 It's a highsec miracle! Seventeen billion isk worth of blueprints were destroyed, all because Monkey Swing couldn't be bothered to pay for a 10 million isk permit and remain at his keyboard while in New Order territory. 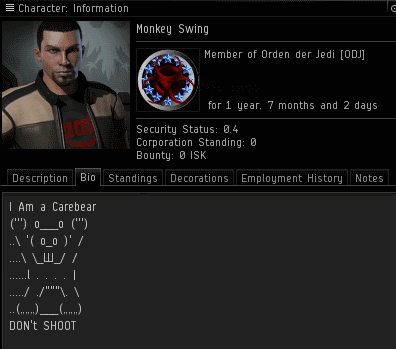 "Sandbox" or not, some ways to play EVE are just plain wrong. Please, if you have any questions about whether you're playing EVE the right way, contact your local New Order Agent today and they'll be happy to help you. Don't be the next Monkey Swing.
Posted by MinerBumping at 02:43