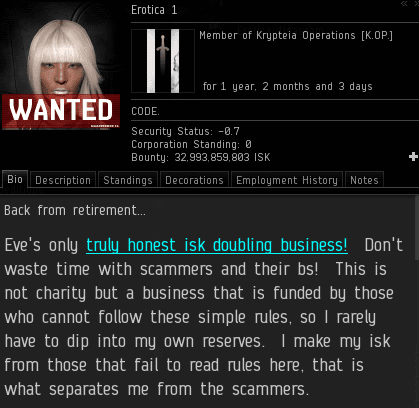 Erotica 1, EVE's most famous isk-doubler, is no stranger to controversy. Not everyone approves of her business practices. Erotica 1's decision to bring her corporation into the CODE. alliance made her an even more polarizing figure. But Jita is firmly within New Order territory, and Erotica 1 felt it would be wrong not to run a Code-compliant business there.

Over the many months that her business has been in operation, Erotica 1 has shrugged off the criticism aimed in her direction. The isk-doubling and bonus room events have continued. This is the story of one of them.

A young gentleman on the make named Nikul Naath decided to try his luck. By chance, he was selected for the bonus room.

As always, the bonus room participant was asked to demonstrate 100% faith in Erotica 1 by transferring all of his assets to her assistants. Nikul agreed and began the long process of methodically contracting away everything he owned. Erotica 1 found herself needed elsewhere, but her escrow agents picked up the slack and conducted the bonus room in her stead.

As I relate this story, things will be a little different. Agent KnowUsByTheDead and other escrow agents took over from Erotica 1 shortly after the event began. KnowUsByTheDead made a recording of the entire event. His TeamSpeak recording, despite being edited down to remove the breaks in conversation, stretches over two hours. This full recording is available for download, however, due to its size, I decided to select, for this post, a few smaller segments for easy listening on SoundCloud.

BONUS AUDIO! The first segment contains a few minutes from when Nikul joined the bonus room and met Erotica 1. In this recording, we learn some never-before revealed information about how Erotica 1 got her start in the isk-doubling business. I was also very impressed by the manner in which Erotica 1 set the rules and made sure her client was given ample disclosure about the nature of the recording being made. 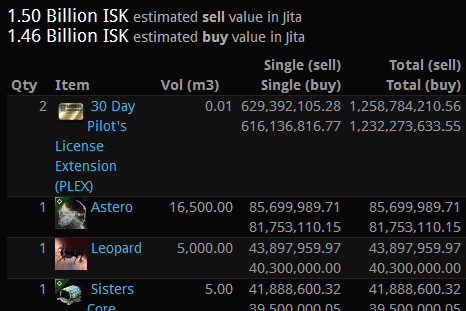 Nikul succeeded in contracting all of his in-game assets to the various escrow agents. Above is pictured part of the "Evepraisal" estimate for just one of the contracts. In all, several billion isk of assets were transferred.

BONUS AUDIO! As part of the event, Nikul was also required to perform certain tasks for KnowUsByTheDead and other escrow agents. Nikul complied by singing along with recordings of many songs. But KnowUsByTheDead wanted to ensure that Nikul was educated as well as entertained, so he required him to read the text of the Code aloud in a fake accent.

The above segment is actually fairly lengthy, and doesn't even include the entire Code. I guess the Code is longer than I remember it being. If you know someone who is visually impaired or who has not yet learned to read, you might want to forward them that audio recording.

Everything was going swell until it was discovered, among the assets transferred, a large quantity of mining equipment. Nikul and his fellow corp members did not own any mining permits. Astonishingly, the bonus event supplied an occasion for an illegal mining operation to be busted. Karma! Because no one wants to see a bonus event end with a loss for the participant, Nikul was given extra chances to win by answering trivia questions about well-known EVE events, such as the loss of the first titan. Nikul failed.

BONUS AUDIO! KnowUsByTheDead had the unenviable task of breaking the news to Nikul that he had lost the bonus round. As punishment for his violations of the Code (none of which Nikul had seen fit to confess until caught, by the way), all of his assets were confiscated by the escrow agents. You can listen to the tragic ending of the bonus round here. It's an emotional conclusion to a normally happy event. KnowUsByTheDead sounds like a disappointed parent, and Nikul, at length, realizes the gravity of his crimes. 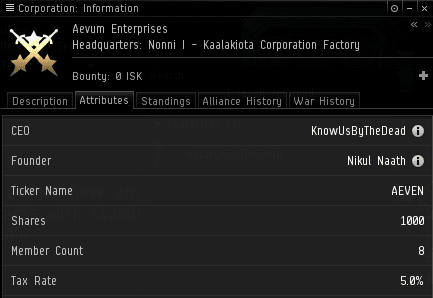 Nikul Naath happened to be the founder and CEO of a corporation, Aevum Enterprises. As part of the event, Nikul was required to show his faith by transferring ownership of the corp to KnowUsByTheDead. The corp, too, was confiscated, so that it would not pose any further threat to highsec. 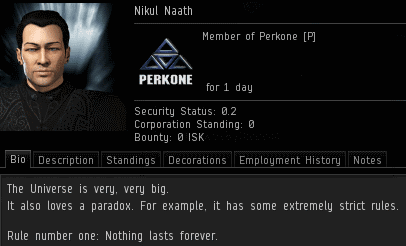 In the end, Nikul agreed that an important lesson was learned. It's not enough to be aware of the Code, or to read the Code. It's not even enough to agree with the Code, which Nikul said he did. To get the benefits of the Code, one must follow the Code. And if you're not willing to do that, there is no place in highsec for you.
Posted by MinerBumping at 21:32