Spooked by the Code, Part 2

Previously, on MinerBumping... An illegal miner tried to suicide gank an Agent using this Raven: 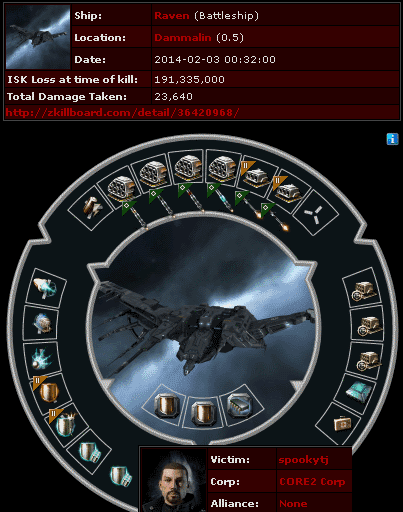 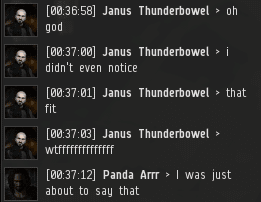 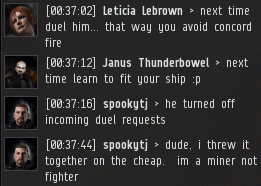 spookytj casually dismissed the idea that he should learn how to fit a ship, because he's a miner, not a fighter. Or as we in the New Order like to call fighters, "EVE players". 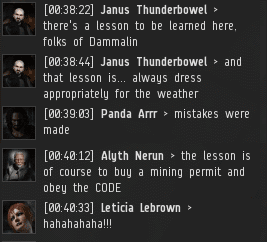 The New Order does nothing in secret. We do all our work in public view, for all highsec to see. This is efficient because it allows multiple players to simultaneously benefit from the lessons that our Agents teach. The next day, Alyth returned to the system to check up on the progress of his Raven-less new friend. 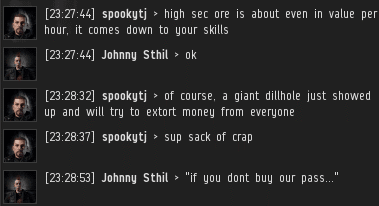 spookytj was back to his old tricks, illegally mining with a Hulk. Upon seeing Alyth enter local, the miner greeted him in a scandalous manner. 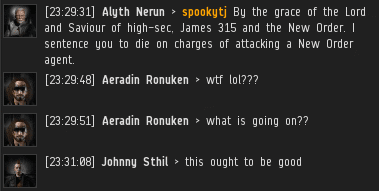 Alyth saw with his own eyes that the carebear had not turned from his bot-aspirant ways. He had no choice but to sentence spookytj to death. As Alyth was a bumper rather than a ganker, spookytj didn't take the threat very seriously. But you see, when spookytj performed that fail-gank the day before, Alyth earned a kill right. spookytj forgot about this.

...Alyth was only too happy to remind him. Upon receiving this reminder, spookytj's tone and attitude changed markedly. 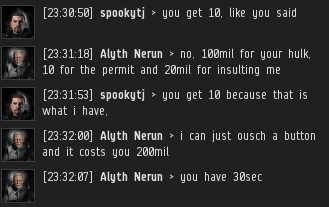 Alyth opened fire on spookytj and brought him to half-structure. Then he gave spookytj the opportunity to purchase a mining permit and save his ship. Even at half-structure, the miner wanted to negotiate. He couldn't bear to part with his precious isk. 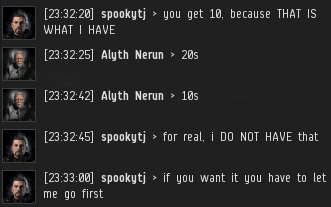 Anyone who has ever held a ship for ransom will find spookytj's behavior here familiar. The day before, he was suiciding a 200 million isk Raven. Today, he was mining with a 300 million isk ship and didn't have 100 million to spend on a ransom. Since spookytj was pinned down by Alyth's warp disruptor, Alyth took some time to perform a background check on the carebear. He claimed to have only 10 million isk. Was the claim credible? spookytj was a 2007 character. The guy had been playing EVE for more than six years. Carebear apologists would tell us that he was a "newbro".

Alyth didn't buy spookytj's poverty routine. To his last, dying breath, spookytj was insisting that he only had 10 million isk. 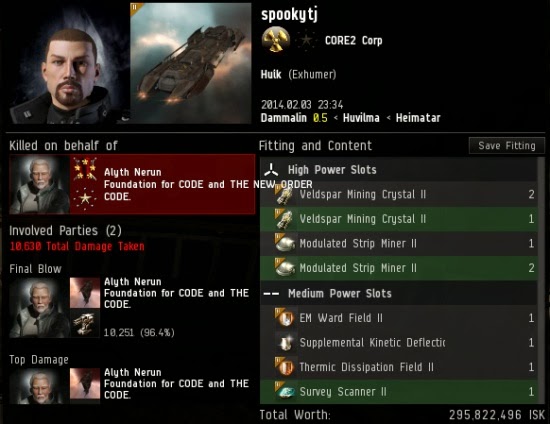 Scratch one enemy Hulk. Alyth killed the rebel on behalf of himself. 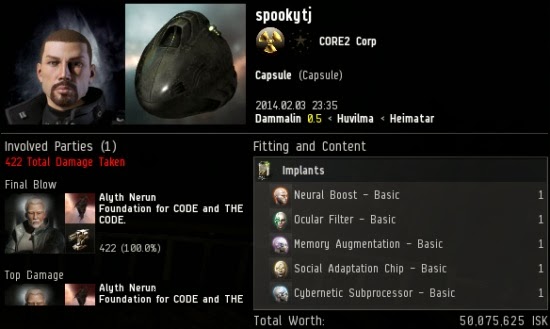 Alyth was also permitted to destroy the enemy pod without CONCORD interference. Luckily, Alyth was still in a convo with spookytj, so they could keep in touch. 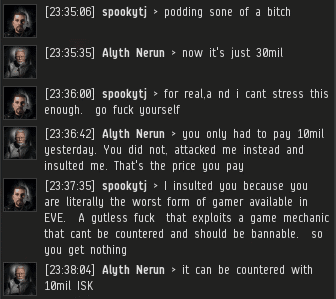 In the heat of the moment, spookytj earned himself a spot on the Red Pen list. Instead of apologizing, spookytj doubled-down on the rebel rhetoric and insisted that miner bumping can't be countered. Yet the day before, he was saying that bumping was ineffective and didn't bother him. A good gank is like a shot of truth serum! 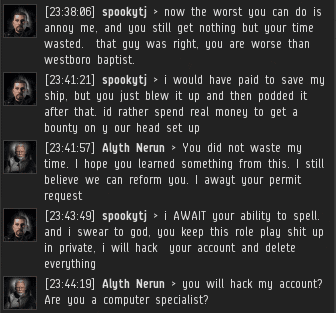 The truth serum quickly wore off, and spookytj returned to his old bluster about bumping being ineffective. Before he ragequit, spookytj threatened to break the EULA by hacking Alyth's account. No need to worry. A carebear could never convincingly impersonate an Agent of the New Order. You can't fake the level honour and courage we possess.
Posted by MinerBumping at 21:40