Nearly eight years ago, CCP accidentally permabanned me for "trial abuse" (I didn't have a trial account). I petitioned the ban. After a week, I was allowed to return the game--perhaps the only EVE player to have survived the experience. I wasn't done with EVE just yet. When Erotica 1 sent me a screenshot of the "Banned" pop-up from her EVE client, some of those memories came rushing back. 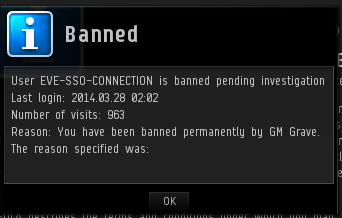 In particular, the "number of visits" stat that you get when banned. I hadn't thought of that in years. There's such a finality to it. Yeah, and I noticed GM Grave's reason for banning Erotica 1 wasn't very persuasive.

The greatest thing that can be said of an EVE player is that he or she has a legacy that lives on after he or she is permabanned.

The reason-less ban of Erotica 1 sent a shockwave through the EVE community. But it also reminded us of the importance of serving the Code while we still can.

And for those leaving the game, I will happily see to it that your remaining assets are put to good use in highsec. (For the record, I don't know if Piter Bakunin's departure from EVE had anything to do with the recent controversy, or if it's just a coincidence.)

I would like to share an inspiring story from a gentleman named Kegan Bjornson. He is a former rebel. 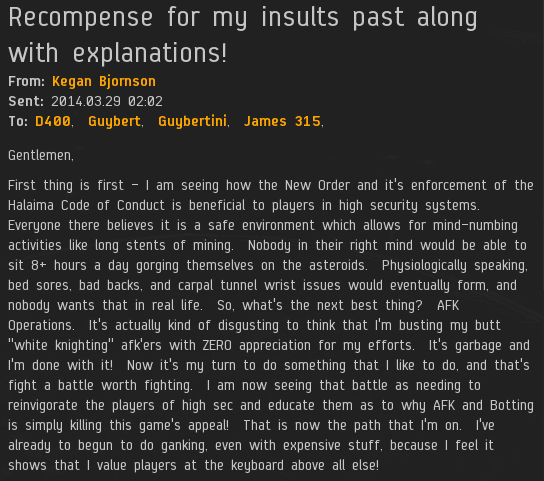 Kegan didn't just rebel against the Code, he acted as a white knight, trying to interrupt ganks to save the AFK bot-aspirants. Until he couldn't take it anymore. He knew in his gut that the New Order was right and the carebears were wrong. 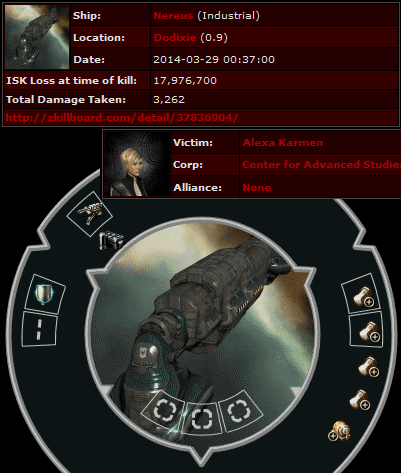 Kegan knew he had to make up for his crimes against the Code. To start with, he suicide ganked a fail-fit hauler with an Apocalypse. But that was only the start. 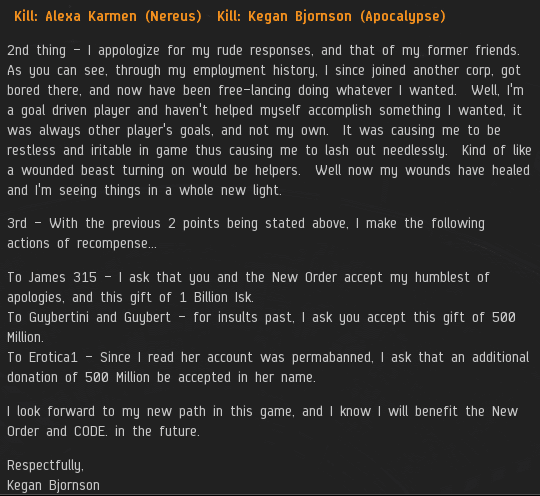 The former rebel apologized to those whom he harmed, and he sent in a bunch of money to show how serious he was. Kegan, on behalf of highsec, I forgive you. 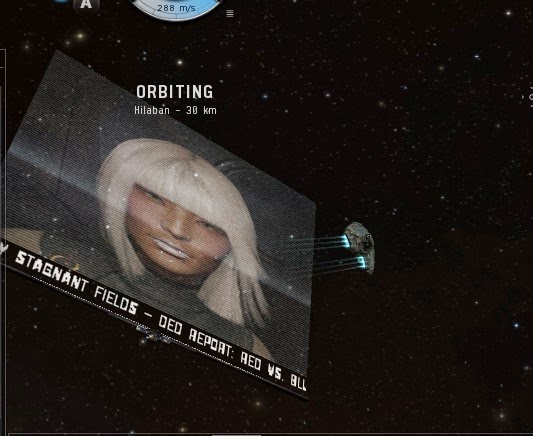 It's notable that even permabanned players are not biomassed by CCP. They remain in the game, even if they can't be logged into. Agent Zazz Razzamatazz took the photo seen above. As a character with one of the highest bounties in the game, you can still catch a glimpse of Jita's favorite isk-doubler on the "WANTED" screens near stargates in highsec.
Posted by MinerBumping at 19:22