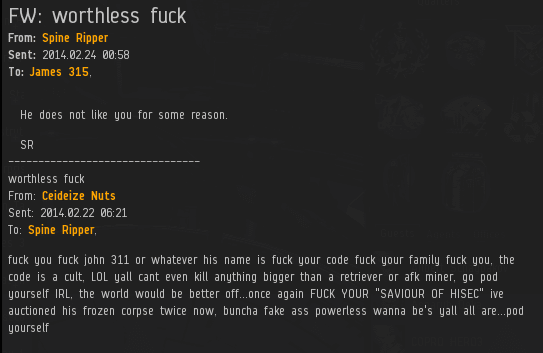 I often receive forwarded EVEmails from my Agents. These are especially useful because Agents can provide context along with the forwarded mail. For example, Agent Spine Ripper, alt of Bing Bangboom, was able to explain that Ceideize Nuts doesn't like me for some reason. I was then able to read Ceideize's "worthless fuck" EVEmail with a new appreciation. But then there are the mails that I receive directly from the source--ones with no context:

liberty sent me a perplexing EVEmail. She blamed me for something. As an EVE rock star, I am often presumed to be responsible for things. I am alleged to have thousands of alts. FYI, unless the thing you're accusing me of is "saving highsec", I probably didn't do it. 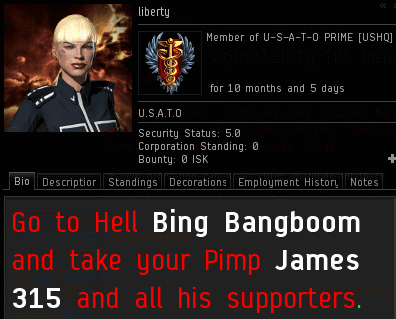 You know liberty, of course: Highsec miner, rebel leader, word-smasher. She has been featured in MinerBumping on numerous occasions. Her feud with Bing Bangboom is the stuff of legends. Here's a sample from a recent post: 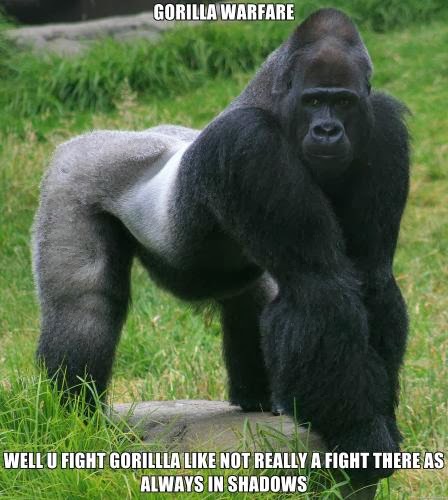 Centuries from now, soldiers learning about guerrilla warfare will still go back to liberty's basic analysis for fresh insights.

liberty's latest bizarre EVEmail held more significance than any of us knew. Bing Bangboom, the other recipient, launched an investigation after he was notified of U.S.A.T.O alliance's surrender. Bing reported on this at length in his celebrated "Cry 'Havoc,' and let slip the dogs of war" thread on the MinerBumping forum. 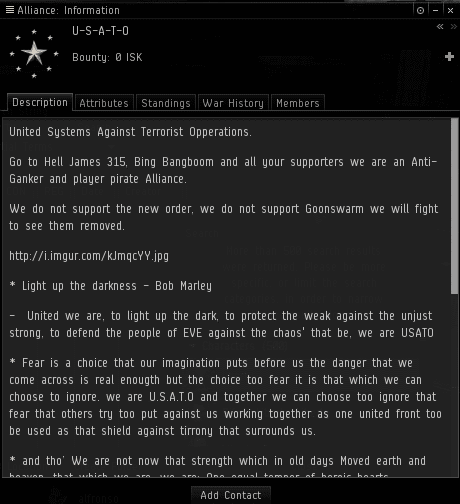 liberty's corp is a member of U-S-A-T-O alliance. It's nonsense. But it's not exactly the same nonsense as before: 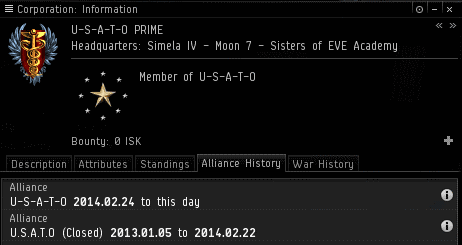 Hyphens instead of dots. What happened to liberty's alliance? liberty's most trusted lieutenant, one of the few players who hadn't yet abandoned her alliance, sent Bing this message:

"opps" I wonder what happened to liberty's alliance

Bing my friend im not one to gloat your war victory is yours but know this I have destroyed the alliance and lib will be crying when he next logs in.

I Kicked all the corps out and disbanded U.S.A.T.O

Bing was amazed to hear this news. What would drive Syrax to do such a thing? Had he finally embraced the Code?

Very simple really i got bored being mostly alone when i was online liberty is a nice guy very trusting. (his downfall)

I have been offline fo a couple of weeks and thought i would come on and see what was happening and again im in solertary so stuff it.

He now knows the feeling of karma as they say what go's around comes around.

There was an additional motive. Syrax decided to confiscate all of the assets of liberty's alliance. That would be the "close to 30-50 bil isk invested in BPO's, items, ships, materials" and "possibly close to 100 billion with 45 billion isk in build project BPC's" that liberty referred to in her cryptic, unsolicited EVEmail. liberty discovered the destruction of her alliance when she logged into one of her alts, Chimp-ang-zang. (Can chimps also do "gorilla warfare"? Never mind.) liberty immediately dashed off an EVEmail to Syrax, who helpfully forwarded it to Bing:

yea festing greetings allright here from liberty thats for sure been hard xmas n harder first month or so but then to find out you just did us over syrax why dude just tell me that why is it pure greed or it case u been payed off by new order too try and close us down just a simple understand is all request liberty.

As a man of honour, Bing felt it was appropriate to eulogize liberty's dead alliance. Here is the full text: 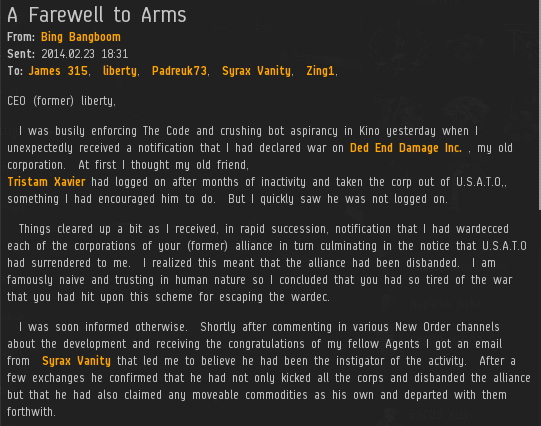 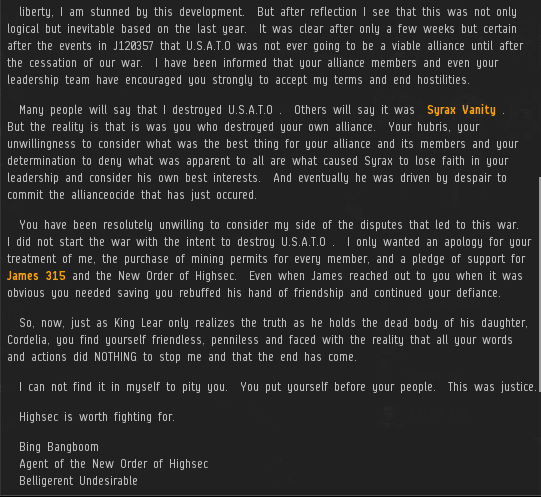 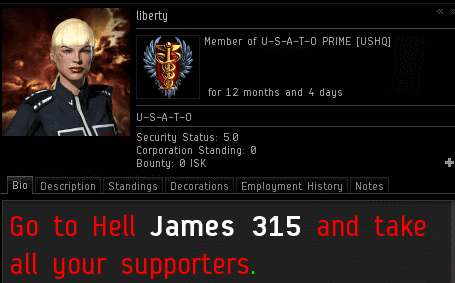 Interestingly, liberty changed her bio to remove the reference to Bing Bangboom. Could it be that she's finally learned to give up a little bit of her hatred? Maybe she finally respects him as a worthy adversary? Well, technically, since Bing is a supporter of mine, he would be included in the condemnation. Still, perhaps the death of liberty's alliance was an opportunity to mend fences. The war was over. Was peace a possibility? This would be put to the test just a day later, during a chance encounter between Bing and liberty in Kino...

To be continued...
Posted by MinerBumping at 20:51