Kills of the Week: Orca Edition

All I can say is, I hope you like seafood. If the title of the post didn't give it away, there are going to be some Orcas today. Without further ado, the Kills of the Week for March 16th @ 00:00 EVEtime through March 22nd @ 23:59 EVEtime. 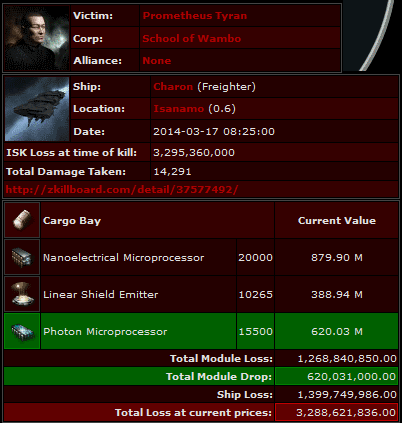 Bot-aspirant freighters are still dying. The most expensive of the week belonged to Prometheus Tyran, who lost 3.2 billion isk because he couldn't be bothered to play EVE while logged in. He was destroyed by Agents Greggles Midboss, Orr Gallente, Captain Thunderwalker, unknown boat, IbanezLaney, Sophia Soprano, Schlampa, Vic Jefferson, and Mischievous Andy. This killmail is a bit puzzling. Note that he only took 14,291 damage, and was killed by just nine Thrashers. I'm assuming he was suffering damage from an earlier gank attempt or something, and was finished off. If so, he must've been really AFK. 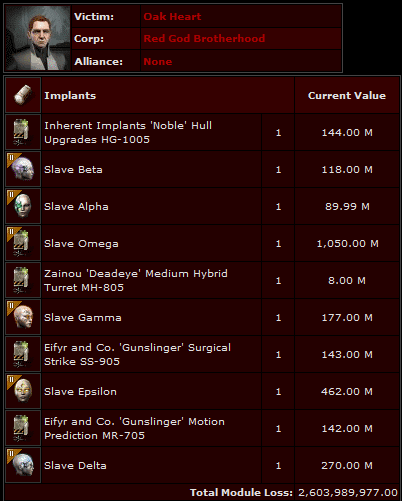 Agent D400 returns to form this week by earning the Podkill of the Week. Oak Heart lost a Leopard and 2.6 billion isk worth of implants. The "Slave" theme is fitting. Bot-aspirants are a slave to their greed and laziness. D400 set this one free. Let's hope he doesn't have to set Oak Heart free again. 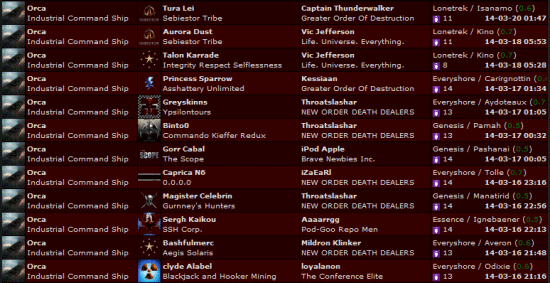 So, about that seafood. This week saw the most terrific slaughter of Orcas. You want to see some fail-fit fish? It's a buffet this week. Take your pick. It's all about what you have an appetite for. 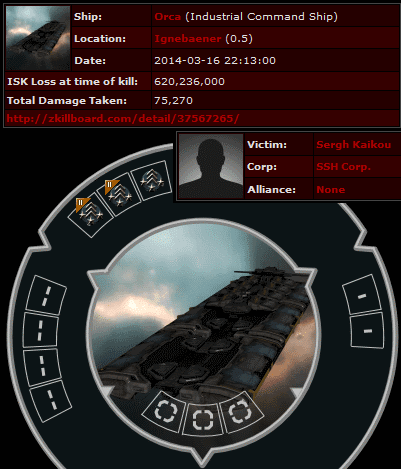 Here we have a minimalist fit... 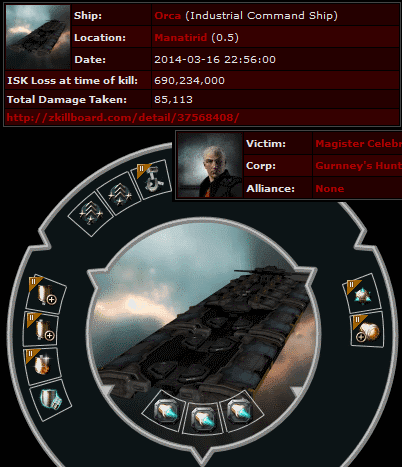 A speed-fit Orca with no propulsion module (not that it would help)... 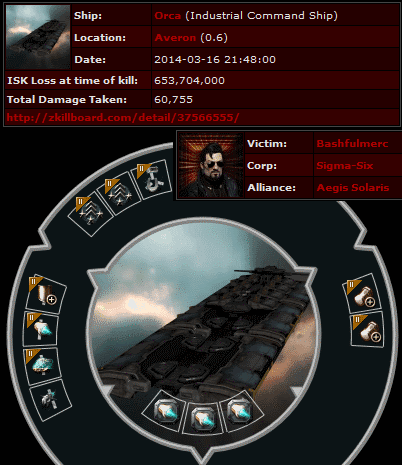 Speaking of not helping, an afterburner-fit Orca with mining drones... 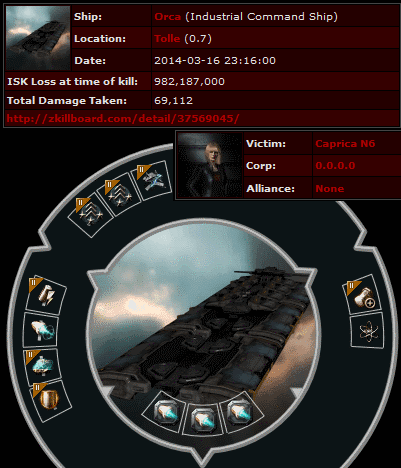 A cloaky "kitchen sink" Orca... (Does EFT have a "fit random mods" button?) 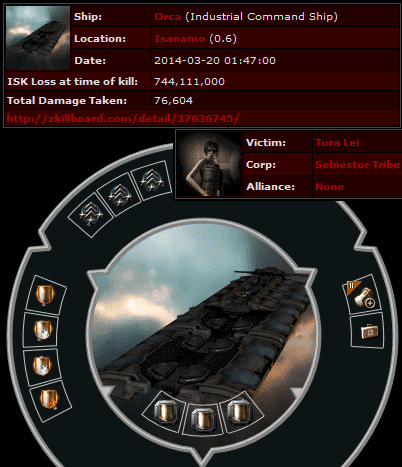 An Orca that proves shields and a Damage Control are no substitute for a mining permit... 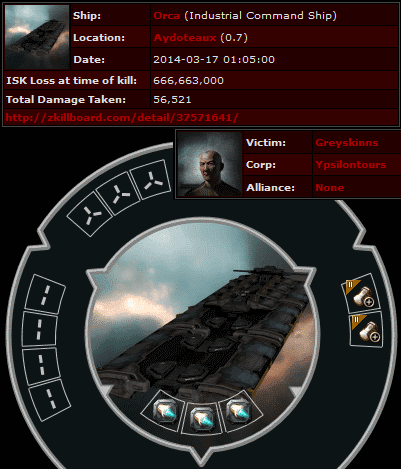 ...and an Orca that literally only uses modules that reduce its hitpoints.

This is how change occurs in highsec--the destruction of billions and billions of isk worth of bot-aspirancy. If you're a highsec industrialist, you have a choice to make. It can either be your billions and billions of isk or someone else's. If you want my advice, I'd recommend finding your local Agent and getting set up with a New Order permit right away.
Posted by MinerBumping at 01:41