MinerBumping posts aren't all sunshine and rainbows. They're mostly that, but I don't hide the truth of highsec from anyone. My job is to open the eyes of a public that doesn't always take the time to get to know highsec. I do so again today. The shocking truth is that highsec is filled with ships that get abused and mistreated by their owners. 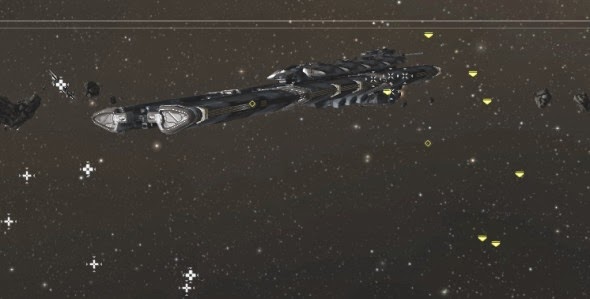 Look at this. Disgusting, right? Fortunately, there are people in highsec--brave men and women--who are willing to do something. Agents Jer'ith Bodas, Lenda Shinhwa, and Selina Dyle saw rebel miner Raijun Kaijun Bleuz abusing his Orca privileges. They didn't hesitate to act. Jer'ith explains:

Jer'ith and his friends didn't look the other way. They sprang into action. Our heroes ganked Raijun's Retriever and podded him. That way there was a nice, relaxing atmosphere while Jer'ith helped the Orca through its transition into the New Order family. Look at that camera angle. Doesn't the Orca look happier already? 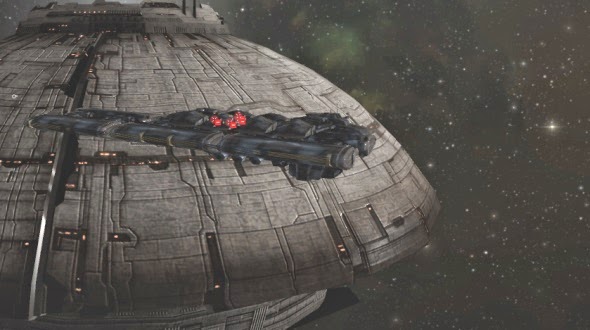 As Jer'ith piloted the Orca back to station, he saw Raijun undock in a Hurricane. Raijun wanted revenge, and he showed he meant business by launching his drones. Jer'ith wasn't intimidated--he locked Raijun's Hurricane. A duel between a Hurricane and an Orca? Did Jer'ith stand a chance? You'd better believe it--he's an Agent of the New Order. Raijun panicked and redocked, leaving his drones behind. 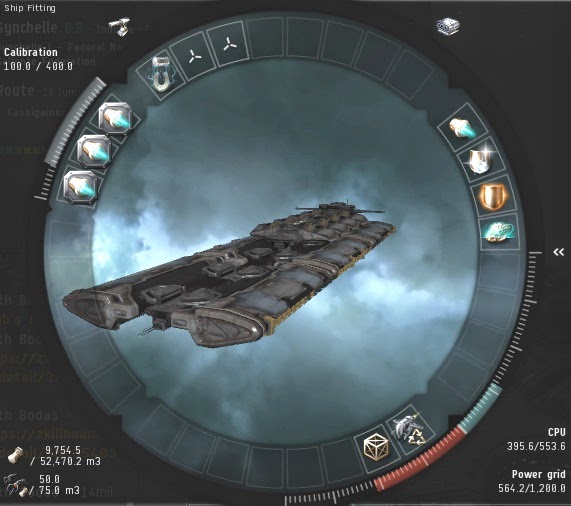 Once in station, Jer'ith took the Orca to the fitting screen and immediately recognized the tell-tale signs of an abusive owner. Just look at that fail-fit. Don't look away. This goes on in highsec every single day. 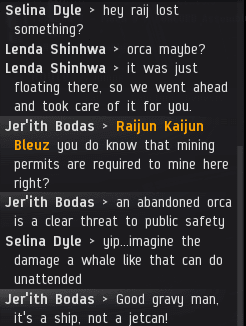 After winning such a glorious victory, our Agents were well within their rights to gloat. But instead, they treated Raijun to some respectful criticism, rather than mockery. 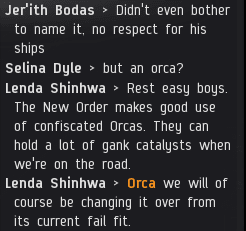 Our Agents reassured everyone in local that the crisis had passed. Things were looking up for highsec and the unnamed Orca. 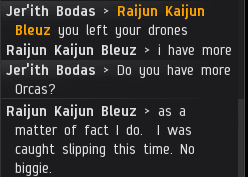 Sadly, Raijun was unreptentant. The loss had already been replaced, he claimed; he had plenty of spare Orcas just sitting around in his hangar in case one was stolen. (They were probably given to him by his powerful friends in nullsec.) Although Raijun was lying about having more Orcas, he might eventually get his hands on another one. When he does, you can be sure the New Order will be looking for opportunities to rescue them.
Posted by MinerBumping at 20:03