Meet Shadowlightt, the CEO of Apex Innovations. He went to EVE-O and posted a declaration against the gankers. He can't stand the cowards. Shadowlightt is no wimpy carebear; he's an elite PvP'er. He'd love a straight-up fight with the gankers, but they would never face him in battle.

...Or would they? Agent Malcolm Shinhwa jumped into the ring. On behalf of Bad Touches corp, he offered to meet Shadowlightt on the field of battle. 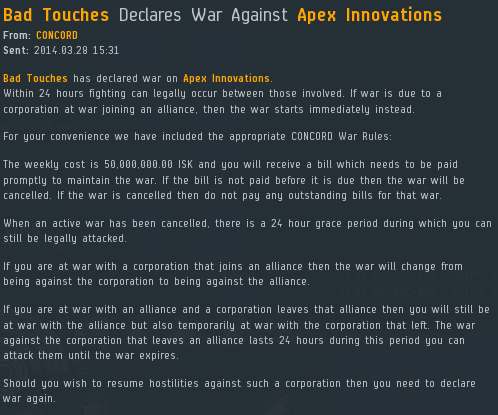 It was the ultimate showdown: A war between representatives of the New Order and representatives of the forum-dwelling carebear community. Who would win? Prior to the wardec, Malcolm watchlisted members of Apex Innovations and monitored their activity. They were "online, flitting about the galaxy without a worry in their carebear hearts." Malcolm noted that Shadowlightt was online frequently. Then came the wardec. What would Shadowlightt do? 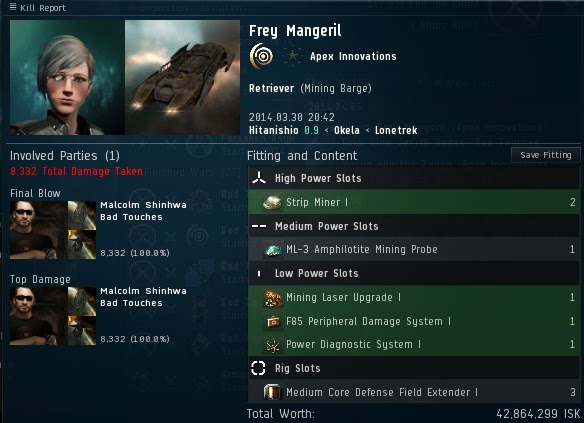 The first of the Apex Innovations miners fell, intercepted in 0.9 security space. 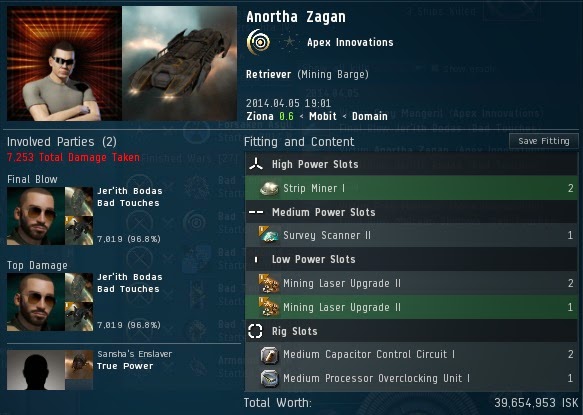 Another miner died. What about Shadowlightt and the wrath he would bring upon the gankers? 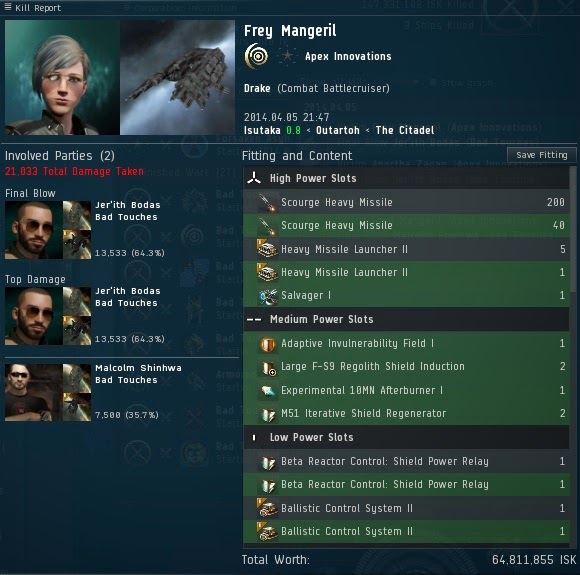 The Bad Touches crew continued killing members of Shadowlightt's corp, but the man himself was nowhere to be found. Then, at last, Shadowlightt took action...

Malcolm writes: "Wait, I'm sorry, how did that get in there? Where are the killmails showing Shadowlightt bringing great justice to the gankers who are 'too chickenshit to fight'? They must be around here somewhere... Hang on... Still looking... Well, I did find this..." 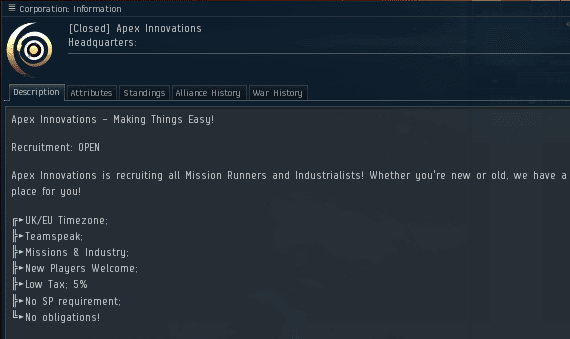 Shadowlightt threw in the towel and dissolved his corporation without a fight. The New Order was too powerful for him. Could his forum post have been an idle boast? 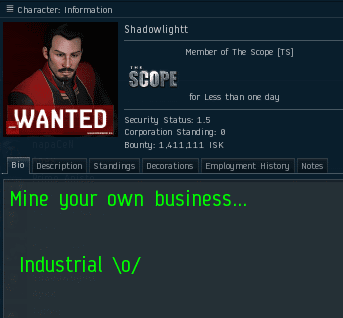 Malcolm mused, "Some pilots dream of there one day being a way to get their war targets to undock. We at Bad Touches rubbed all the lamps in the house hoping for a genie to grant us just one wish: That our targets would LOG IN. Shadowlightt was itching for A fight with the 'chickenshit gankers', he just wasn't itching for a fight between HIMSELF and the gankers. Apparently that was for the rest of Apex to fight."

Each time a locator agent was assigned to find Shadowlightt, he was offline and docked up in Dodixie, all while his corp members were dropping like flies. Malcolm observed, "When the chips are down and a fight is brewing, you can be certain of where Shadowlightt will be. Docked and logged off. Scumsucker indeed."

Shadowlightt returned to EVE-O, his old stomping grounds. He started a thread called "high sec is not the same as it used to be", blaming the New Order for his troubles. Shadowlightt is right about one thing: The New Order has changed highsec. That's something the rebels should consider before engaging in reckless talk on the forums.
Posted by MinerBumping at 18:12