All the way back in October 2012, I warned the rebels against misinterpreting the new crimewatch and bounty systems slated for release in the next expansion. Clearly, they didn't listen. N3d Flanders, for instance, wasted 500 million isk to put a bounty on CODE., an alliance full of -10 sec status characters.

But that was nothing. Later that same day...

I was startled to learn that someone named Ms Launa, a character I'd never heard of before, had placed a 5 billion isk bounty on James 315's 1-man alt corporation. Apparently she hadn't read all of the posts I've made about how I can fold and re-open my corp at will to dissolve wardecs--or corporation bounties. 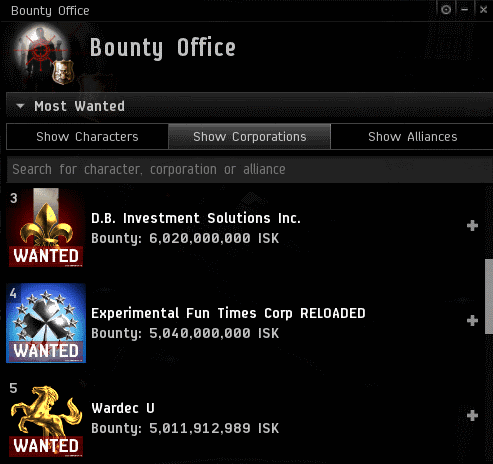 To put this into perspective, my corporation now has the fourth-largest corp bounty in all of EVE. What was Ms Launa thinking? Curious, I looked up my own profile to see all of the bounties added together. 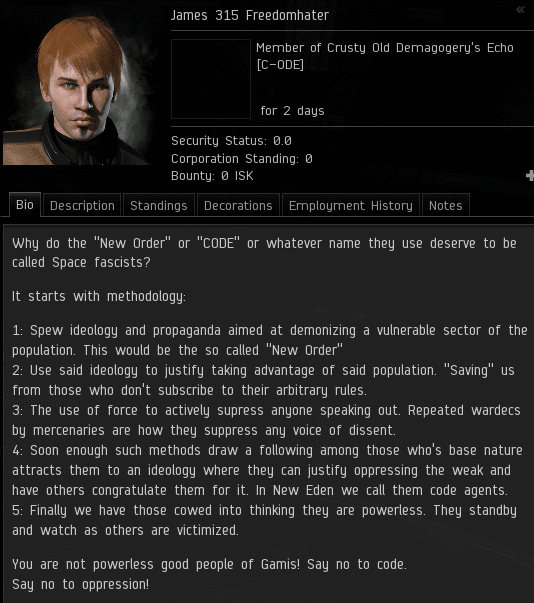 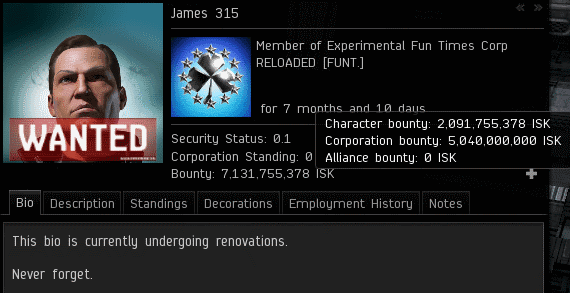 Incredibly, tallying the different kinds of bounties, over 7 billion isk has been wasted on me. Not a single isk has been collected from all the bounties added since the new system was introduced. All of this madness could've been avoided, had the carebears only listened to me. 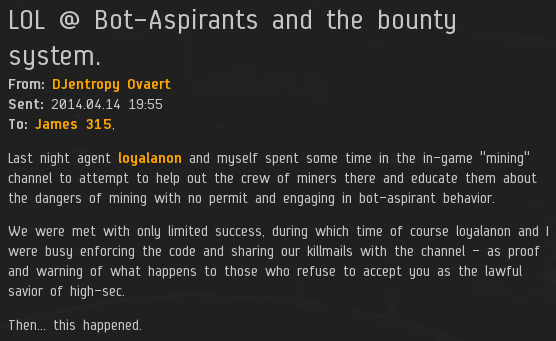 Agents DJentropy Ovaert and loyalanon visited the in-game "Mining" channel, which is open to everyone who hasn't been banned yet. It's mostly filled with a handful of miners who aren't AFK (at least, not when they're typing nonsense into the channel), plus Agents of the New Order trying to make them see reason. 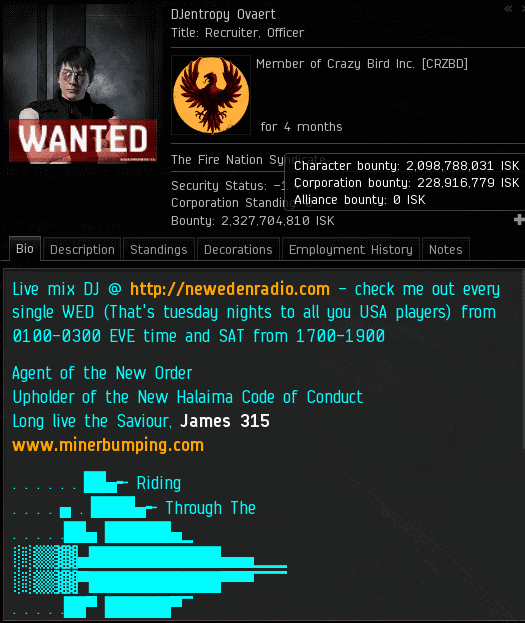 Out of nowhere, someone put a 2 billion isk character bounty on DJentropy.

It was Ms Launa. The latest rebel plot to destroy the New Order: Throw money away.

As always, the New Order tried to help its enemies understand the error of their ways. Sometimes this works. The Ms Launas of the world, however, are slow to learn.

During the argument, Ms Launa was inspired to place the extraordinary 5 billion isk bounty on my 1-man alt corp. 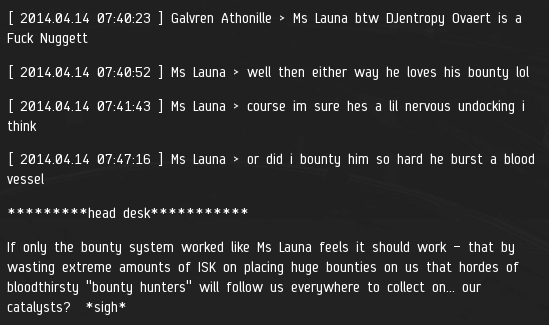 You know, we've all had a good laugh at the carebears who waste billions of isk on worthless bounties. But let's not forget that it's an equally absurd practice to fly expensive ships in highsec without a permit.