Another week, another buncha dead carebears. I wonder how many were persuaded to follow the Code? As long as the answer is greater than zero, we're making progress. Fractional carebears (those who need to be ganked more than once to learn their lesson) count. Let's review some of the fallen bot-aspirants from the week of April 13th @ 00:00 EVEtime through April 19th @ 23:59 EVEtime. 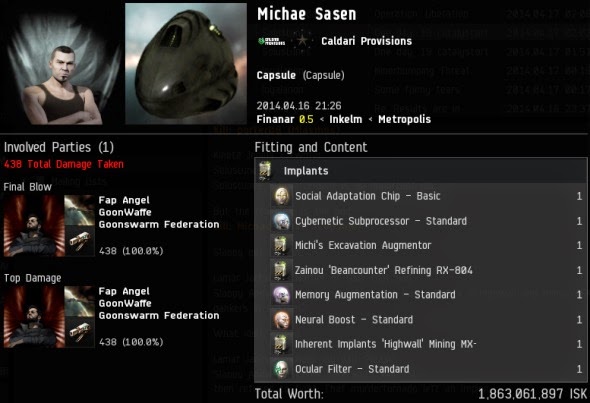 Michae Sasen had one less egg this Easter when his pod got destroyed by Agent Fap Angel. 1.8 billion isk of implants were lost. Naturally, this included a Michi. Our Agents are getting very creative at rooting out the Michis, as seen below: 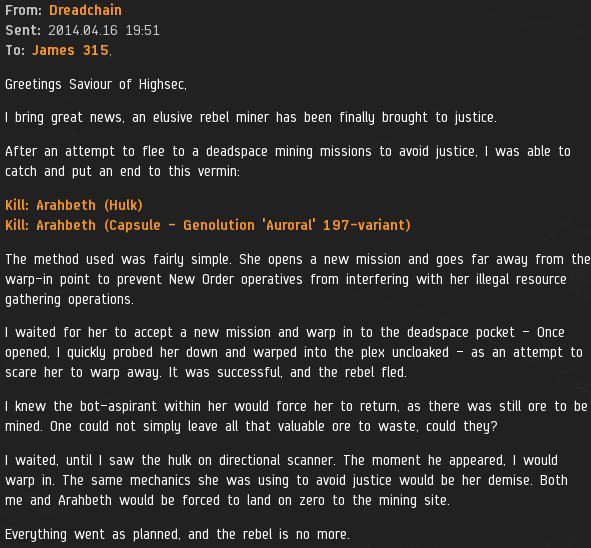 It's a beautiful thing. Even deadspace is no place for a carebear to hide. It's just a longer trip to oblivion. 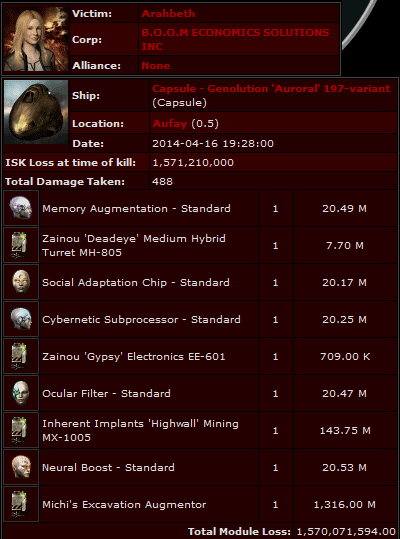 The deadspace victim, Arahbeth, belonged to the fittingly-named B.O.O.M ECONOMICS SOLUTIONS corp. Agent Dreadchain showed her why it's called "deadspace". 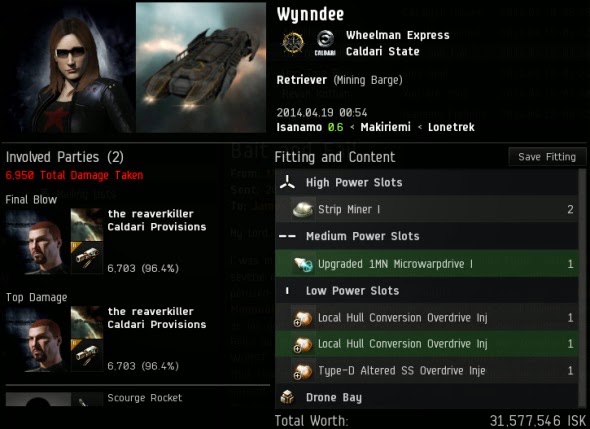 Wynndee learned there's no running from the law--or an officer of the law like Agent the reaverkiller. The thing about speed fits is that you need to go all-in. Wynndee was willing to sacrifice tank, sure, but she didn't fill her rigs or buy a snake set. No wonder her Retriever was only going very slowly instead of just slowly. 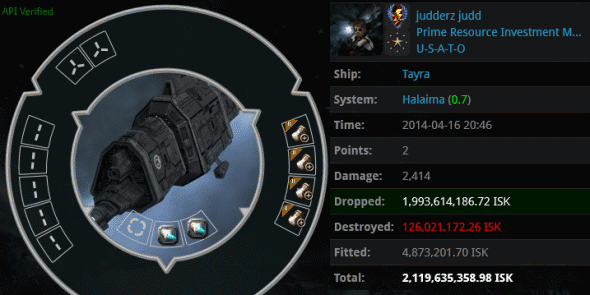 judderz judd, one of the few members of liberty's U-S-A-T-O alliance, lost a 2.1 billion isk fail-fit industrial to RaiderMoon. I'd say liberty's new/old alliance isn't off to a great start. Appropriately, the disaster took place in Halaima.

...and most of the loss came from a Retriever BPO. If anyone else is in U-S-A-T-O, how many more omens do you need? 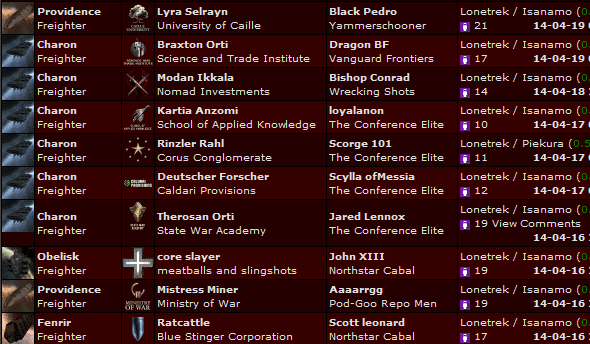 The freighters continue to drop like flies in the Isanamo system, where Agent loyalanon has been leading fleets for weeks now. When will these carebears learn? 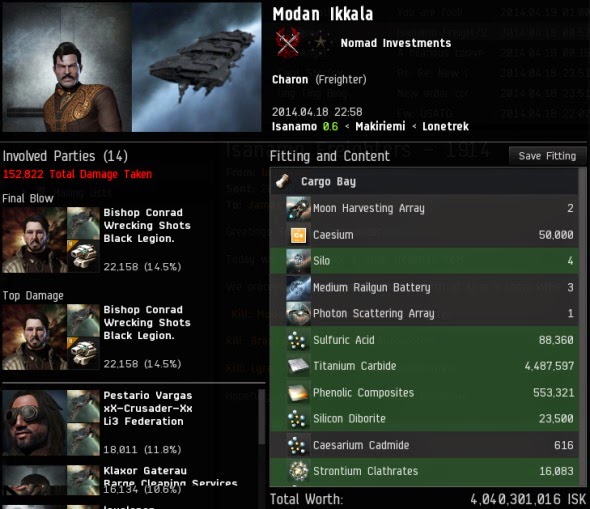 Among the dead was Modan Ikkala, who lost a 4 billion isk Charon. Judging by his cargo, he does business outside of highsec. However, just as highsec residents must follow the rules of nullsec when they venture to 0.0 space, everyone in EVE must abide by the Code when in highsec. Agents Bishop Conrad, Pestario Vargas, Klaxor Gaterau, Jared Lennox, loyalanon, Dragon BF, unknown boat, iZaEaRl, Jebediah Phoenix, kidkoma, Scylla ofMessia, Tyr Dolorem, Paz Heiwa, and Black Pedro delivered the lesson.

You might ask, if so many freighters continue to die in Isanamo, why isn't anyone doing anything to stop it? Where's the resistance?

...They were completely ineffective. Indeed, our brave Knights, encouraged by the overflowing New Order Treasury, have so much firepower at their disposal that they can allocate additional DPS to nearby rebels. 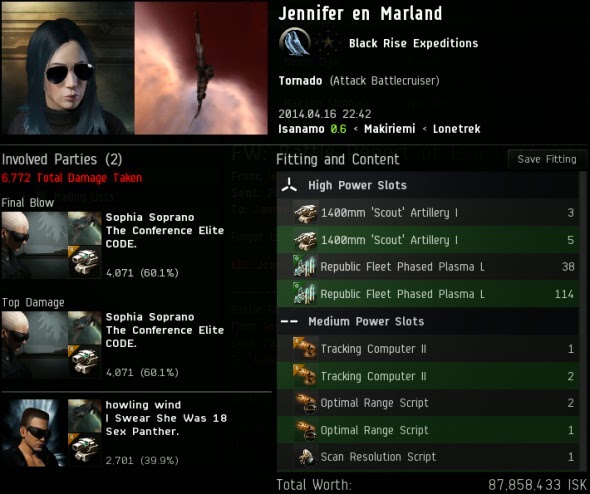 Jennifer en Marland, who has been trying and failing to stop the New Order for many months now, was repaid for her cynical attempt to get on CONCORD killmails with her Tornado. She was popped by Agents Sophia Soprano and howling wind, at the very moment the gang was also killing this freighter.

Ten million isk and some common sense, people. Is that too much to ask?
Posted by MinerBumping at 22:00