The Colossal Mistake of Rodes

Everyone who knows me knows that I'm a big believer in freedom of speech. That having been said, there are limits on that freedom. One can't shout "fire" in a crowded theater. Nor can one say anything that suggests a disrespectful attitude toward me, my Agents, the New Order, or the Code. I have a thick skin; I can take it. But the broken windows theory says that even slight infractions of the Code can spread disorder. For the good of highsec, I cannot allow that. 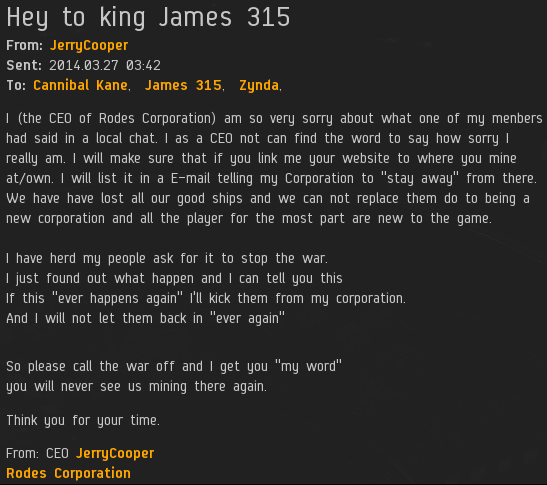 I received a nice apology from JerryCooper, the founder and CEO of Rodes Corporation. It seems one of the members of his corp said something in local that violated the Code. It cost his corporation dearly. 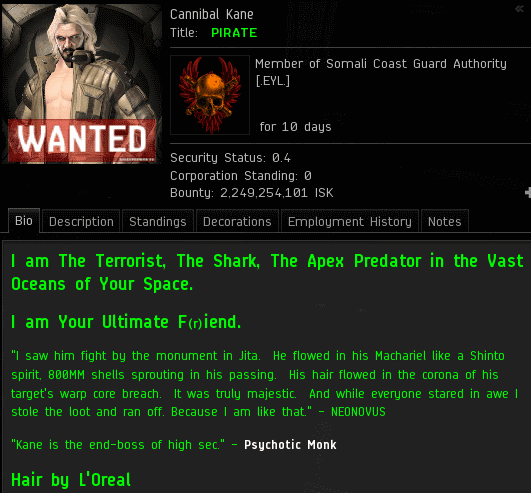 Like many other good citizens of highsec, Cannibal Kane has lost patience with the bot-aspirants. He can't understand why they refuse to see the wisdom of the Code. After weighing his options, Cannibal decided the most reasonable thing to do was wardec the carebears and kill them until they open their eyes. 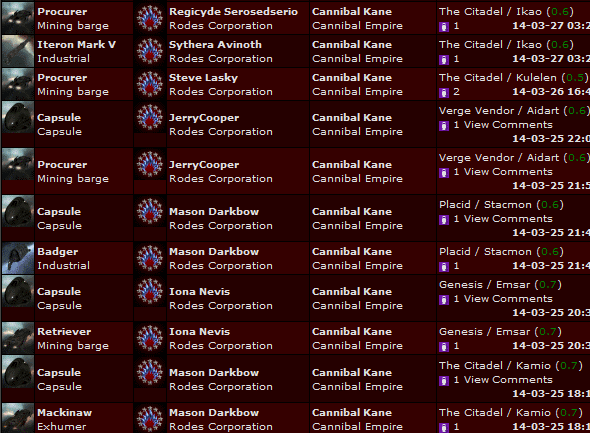 When Cannibal learned of a Rodes Corporation member's negative attitude toward the New Order, he hunted down and slaughtered everyone in the corp. Hence, the apology EVEmail from JerryCooper. 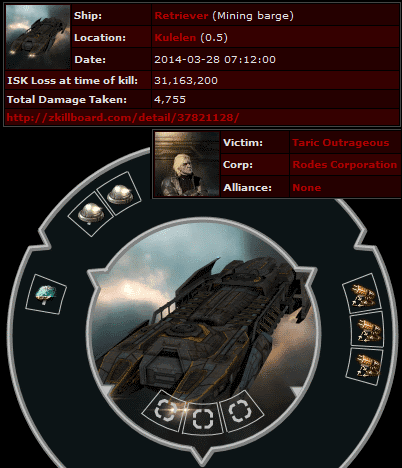 At first, everything was going great. Despite the CEO's change of heart, however, members of his corp continued in their bot-aspirancy. While touring highsec, Agent DJentropy Ovaert found a Retriever with only 5% armor remaining. Concerned about the possibility of an AFK miner in New Order territory, he tried to speak with him in local. A few minutes later, he tried a private convo. No answer. The Retriever was then bumped 30km from the belt. Still no response. DJentropy found the miner guilty and killed him. 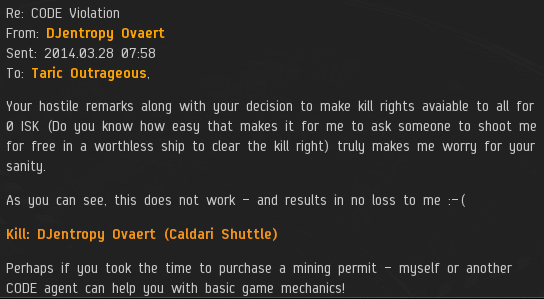 To make matters worse, when the miner finally returned to his keyboard, he insulted our Agent and made kill rights available. DJentropy recommended the purchase of a permit.

The miner was a member of Rodes Corporation. He knew all about the Order. He even claimed to have purchased some mining permits. Yet he was clearly violating the Code every chance he got. 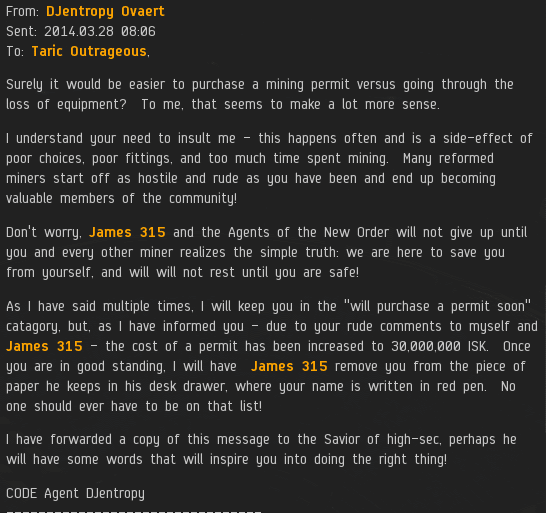 If miners know how to do one thing, it's to dig. The carebear dug himself into a deeper hole, so DJentropy put him on the Red Pen list.

It didn't take much prompting for the miner to confess his crime: He was AFK to eat food. And he continued to make it obvious that he had no respect for the valiant warrior who ganked his ship. 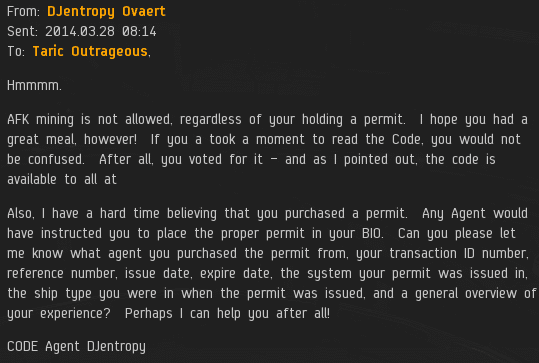 DJentropy Ovaert is a relatively new Agent, but he kept his cool. The New Order is successful because every Agent is, frankly, a better person than all of the carebears. That's just the truth. 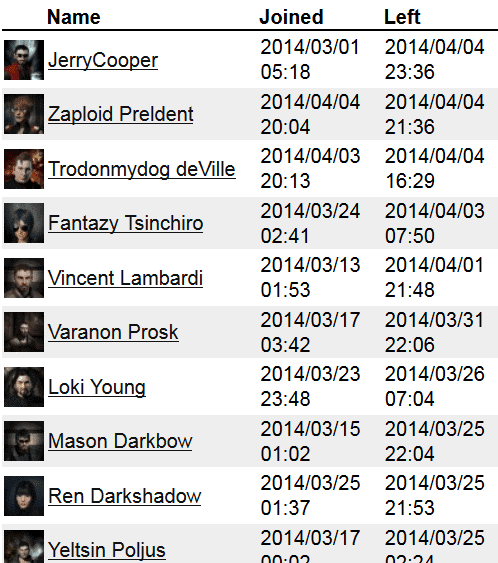 Although its founder/CEO, JerryCooper, surrendered and apologized, Rodes Corporation continued its decline because he couldn't keep his corpmates under control. Members continued to leave. A few days later, JerryCooper left, too. 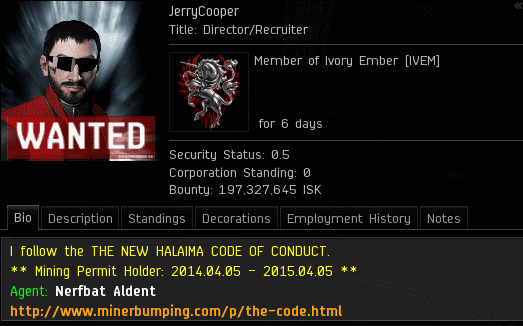 Rodes fell, but JerryCooper is no dummy. The next day, he purchased a mining permit for himself. Perhaps this story will inspire the next generation of highsec miners to follow the Code. Why speak against the New Order and invite destruction, when it's so easy to think good thoughts about us instead?
Posted by MinerBumping at 18:42