The thing about me is, I'm not a butcher. However, the worst thing that can happen to a carebear in highsec is not to have a ship roasted by an Agent of the New Order--it's for the carebear to waste his life away without experiencing the pleasures of emergent gameplay and creative content. Once we understand this, we can see that a gank "victim" should not only offer a "gf" in local; they should offer their ganker a "thank you" and a tip of the hat. Here are some people who didn't do this, during the week of April 6th @ 00:00 EVEtime through April 12th @ 23:59 EVEtime. 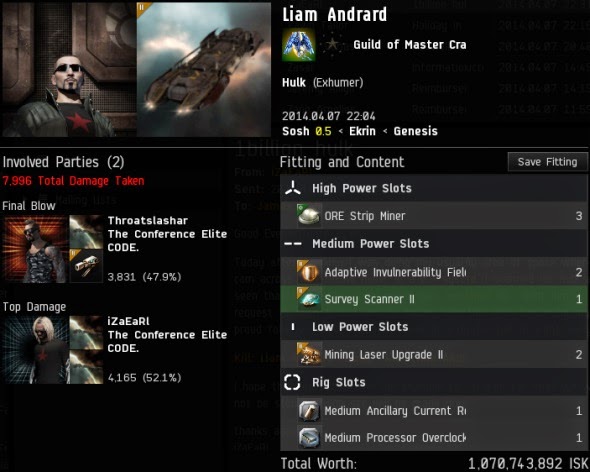 Liam Andrard didn't get the memo that people aren't flying Hulks anymore. Agents Throatslashar and iZaEaRl are like noble postmen who won't let anything prevent them from the swift completion of their appointed rounds. Unfortunately, Liam's memo cost him a billion isk. The 10 million isk version is more affordable, though it requires the carebear to be at least engaged in EVE enough to read the Code. 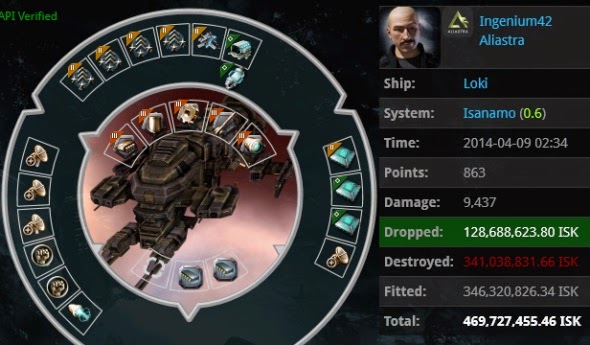 Ingenium42's CPU-heavy Loki was destroyed by a pair of Agents who were willing to go the extra mile to enforce the Code. Actually, Agents loyalanon and Sophia Soprano traveled significantly longer than a mile for this gank: Ingenium42 was sitting AFK more than 800km from the gate! 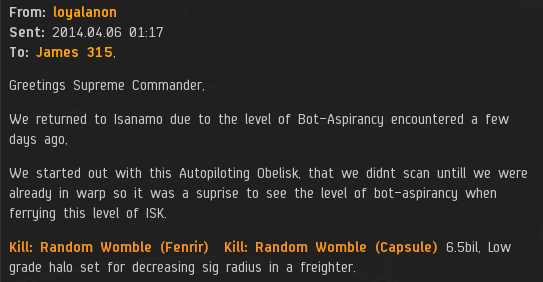 Let's get down to business. At the turn of the week, Agents of the New Order conducted another slaughter of Code-violating freighters. 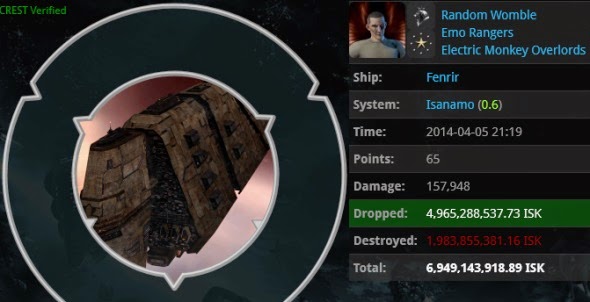 As the freighters continued to die on the same gate, rebel forces lazily gathered together and attempted to use ECM to prevent the freighters' deaths. 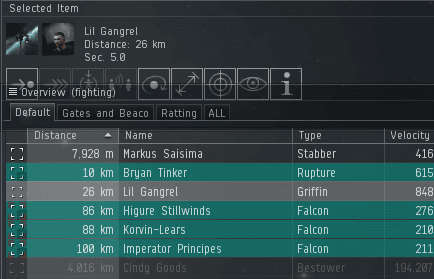 There was only one problem for the rebels: Without the Code to direct their cause, they were totally lost. Their ECM proved useless. 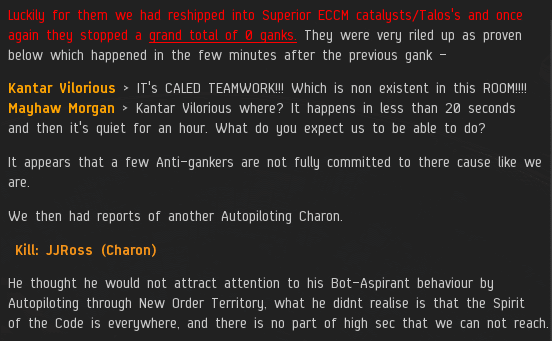 Freighters continued to die, and the rebels started yelling at each other in their "secret" channel. That must be the least fun resistance movement ever. 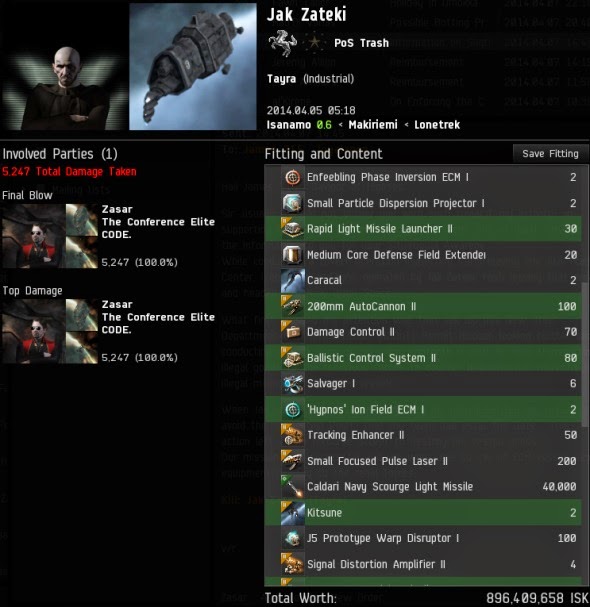 Speaking of rebels, just prior to the event, Jak Zateki was spotted hauling a bunch of ECM equipment in a lightly-tanked Tayra. Agent Zasar had no qualms about destroying the rebels' ships while they were still in transit. Nearly 900 million isk popped instantly. That saved the rebels the trouble of trying to rescue their fellow carebears. 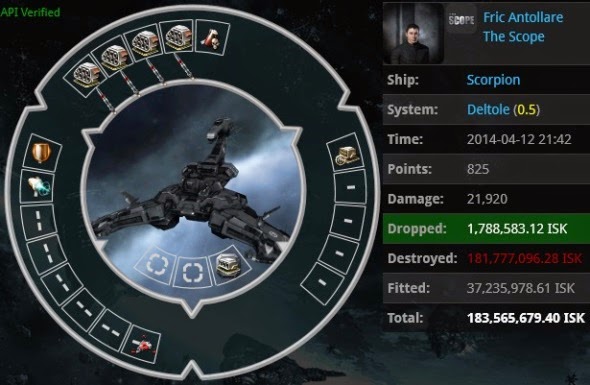 Fric Antollare may or may not have been intending to lend his Scorpion to the rebel cause. It wasn't equipped with ECM, or much else. Despite having full access to MinerBumping, Fric never bothered to embrace the Code. Maybe he thought he didn't need it. Agents Dreadchain and Galaxy Pig showed him why it was necessary. 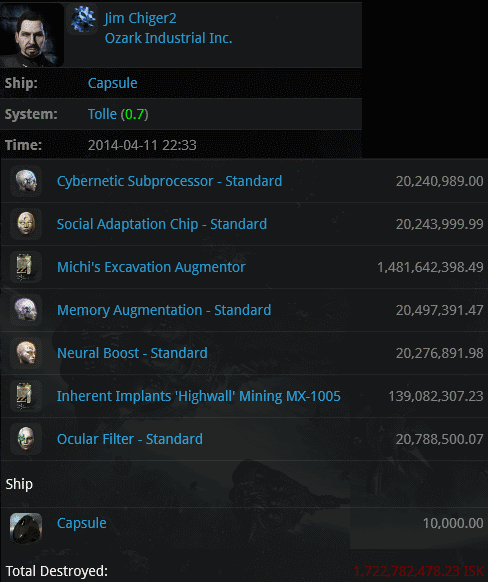 Jim Chiger2 got popped by Agent iZaEaRl in a single, 1.7 billion isk salvo. Whoever this "Michi" fellow is, he has a lot to answer for.
Posted by MinerBumping at 20:15