And now for a very special edition of the Highsec Miner Grab Bag. We've had fun observing the crazy, irrational, rage-driven carebears of highsec. Today we honour the sensible, rational, moderate rebels. 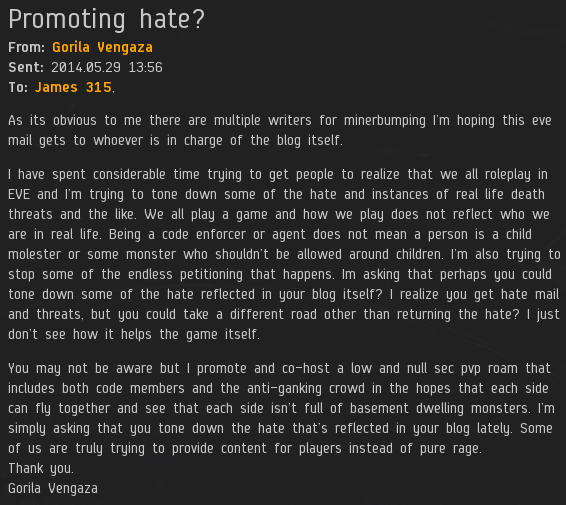 Gorila Vengaza is one of the new crop of self-proclaimed "rebel leaders". Though he indulges in a conspiracy theory about MinerBumping having multiple writers, he urges calm and mutual respect. Unlike the "Ganking Is Bullying" extremists, Gorila calls for an end to the hate.

On the other hand, our Agents have access to all of the anti-gankers' private channels... 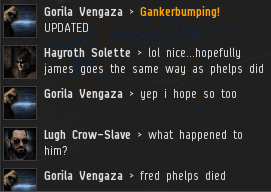 ...and thus ends today's celebration of the sensible, rational, moderate rebels. When we find some, we'll let you know. Back to the rage-driven ones, I suppose. 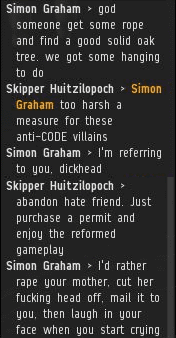 Simon Graham spotted some Code enforcers in his system and called for real-life lynching, rape, and murder. Just imagine what these miners would be like if our permits cost more than 10 million isk! 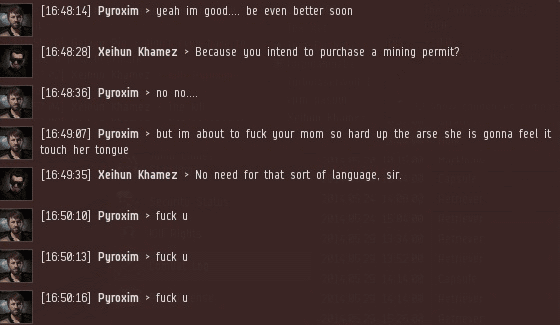 Considering the way some anti-ganker activists compare shooting spaceships in highsec to rape, they're surprisingly comfortable including it in their own arsenal. 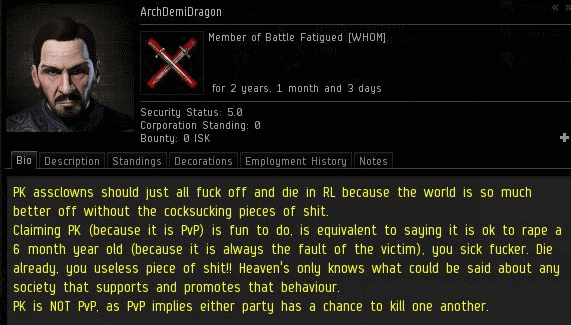 In case you're unfamiliar with the term, "PK" stands for "player kill", which apparently is a bad thing. ArchDemiDragon believes that if one player in a PvP engagement has no chance of winning, it's not real PvP. I guess that means the New Order never engages in PvP, because we always win? 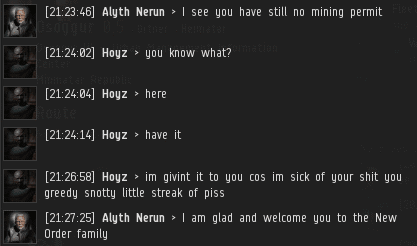 Hoyz purchased a few mining permits from Agent Alyth Nerun, but he was really grumpy and disrespectful about it. He was one of the angriest customers I've seen in some time. 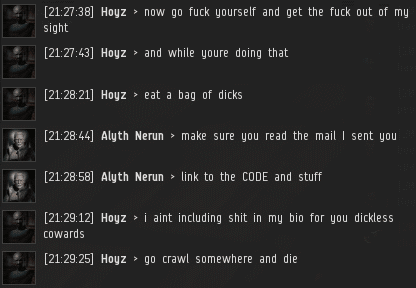 As a result, all of Hoyz's permits were revoked simultaneously with their purchase. I prefer miners in my territory to be cheerful. We're trying to make highsec awesome.

At this point, I wonder if the "ganking is rape" carebears and the "I'm going to rape you for ganking" carebears should host some kind of a debate about the future direction of their cause.

Reddit was abuzz when miner Juru Jabari threatened to report a New Order Agent directly to The Mittani. What a privilege for a random 1-month-old character to have The Mittani's ear. 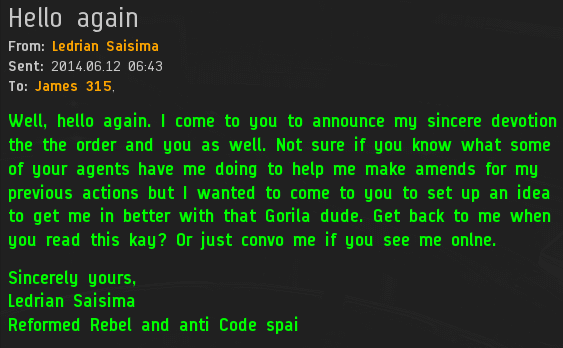 After I reported Ledrian Saisima's 24-hour shift in allegiance, he EVEmailed me to let me know he was switching sides again. I'm not sure even Ledrian knows which team he's on these days. 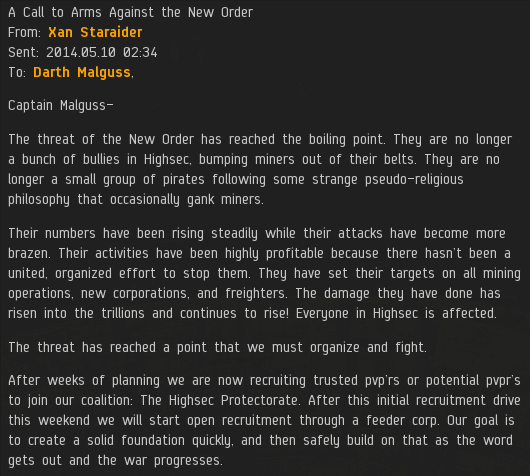 Yes, this EVEmail was the result of spam by Xan Staraider, who was recruiting people to fight the New Order. As regular readers know, he later biomassed and dissolved his rebel organization. 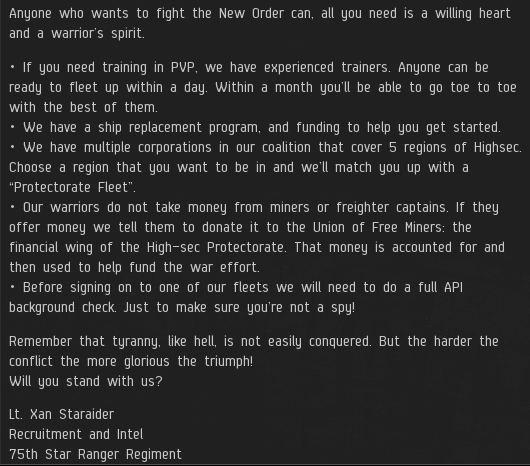 From day one, there was a big flaw in Xan's plan: He was looking for pilots with a willing heart and a warrior's spirit. Those pilots are already in the New Order. It's no mystery why good EVE players are unwilling to associate themselves with the resistance. The rebel culture is just a little toxic.
Posted by MinerBumping at 18:27