Learning and Not Learning 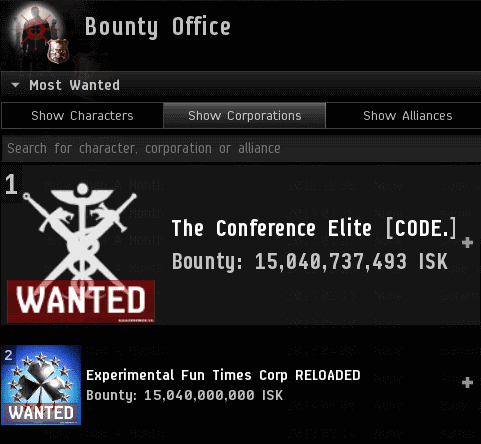 Rebel carebear Ms Launa famously wasted billions of isk on pointless bounties against the New Order. She didn't learn her lesson from the mockery she received after putting a sizable bounty on my 1-man corp, Experimental Fun Times Corp RELOADED. Instead, she doubled down (again) by placing a 15 billion isk bounty on The Conference Elite. 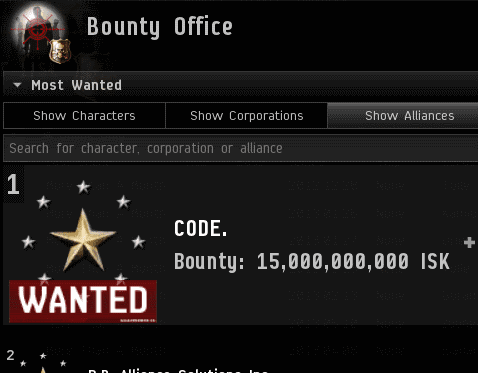 ...after which she placed another 15 billion isk bounty on the CODE. alliance as a whole. The Conference Elite and CODEdot now stand at the top of the corp and alliance bounty leaderboards for all EVE. When will Ms Launa learn her lesson--before or after she runs out of isk?

Now let's talk about learning. The notorious rebel "spy" Ledrian Saisima first came to prominence a year ago after being featured in a MinerBumping series, "Sins of a Solar Spymaster". Though Ledrian failed to gather any intel on the New Order, he kept up the spymaster routine for a while before he quit EVE. Then he came back and requested a permit. Was this for real, or just another trick? 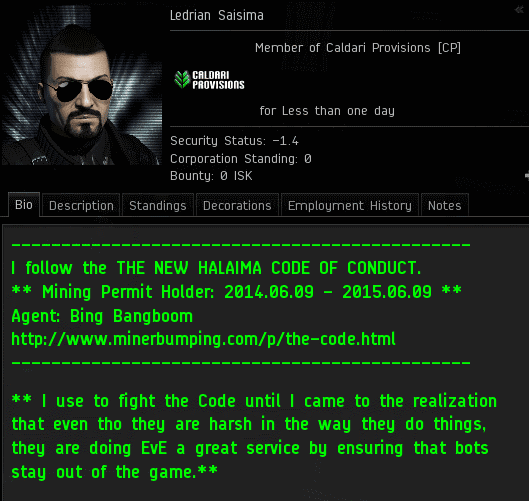 It was real. Ledrian sent Agent Bing Bangboom the necessary 10 million isk and vowed to uphold the Code in all things. At last, Ledrian learned it is impossible to defeat the New Order. 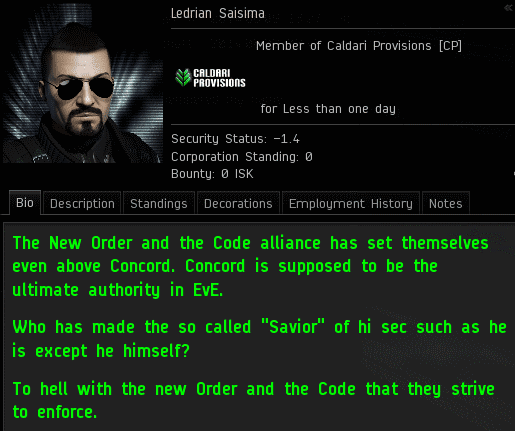 Less than 24 hours later, Ledrian pulled a 180 and declared himself an enemy of the New Order.

Carebears of highsec, learning and not learning. Don't be discouraged; some miners just need a little extra help. And some need a lot.
Posted by MinerBumping at 18:35