Highsec is a well-populated place. More EVE players live in highsec than in all of lowsec, nullsec, and wormsec combined. No matter how many people choose to make their home in empire space, the New Order never forgets a face. 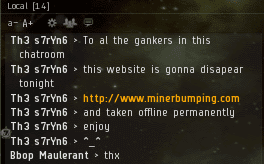 As you'll recall, in retaliation for a Retriever gank, Th3 threatened to take down MinerBumping once and for all. 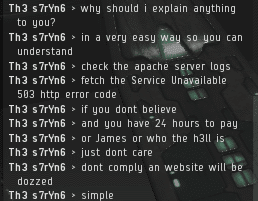 Th3 believed he had forced the site offline several times in a row, but that only someone with high-level access to the website's infrastructure would be able to notice the attacks. As with all of the other doomsday threats against the New Order and its resources, nothing actually happened.

Eventually, Mildron and Agent Zane Arnolles caught up with Th3 again. Once again, Th3 lost a Retriever. This time, however, things were different.

Since abandoning his cyber-attacks, Th3 had read MinerBumping and perused the Code. The more he read, the more he began to appreciate the Code's potential for improving the quality of life in highsec. 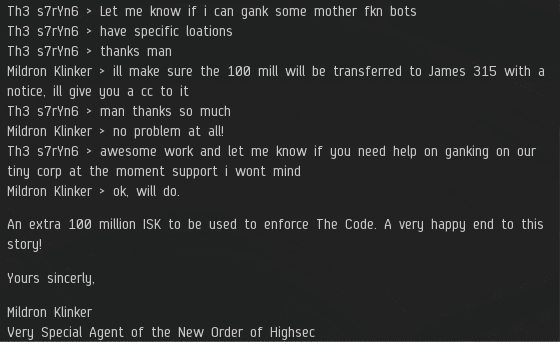 Th3 eventually decided to purchase a mining permit, and to send an additional 100 million isk gift to the New Order. 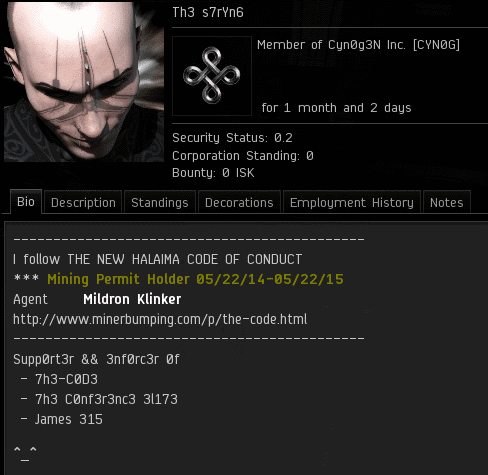 This is yet another example of a recent trend: rebels joining the New Order. Unlicensed miners of highsec, if a "dozzer" knows to buy a permit, what's your excuse?
Posted by MinerBumping at 20:57