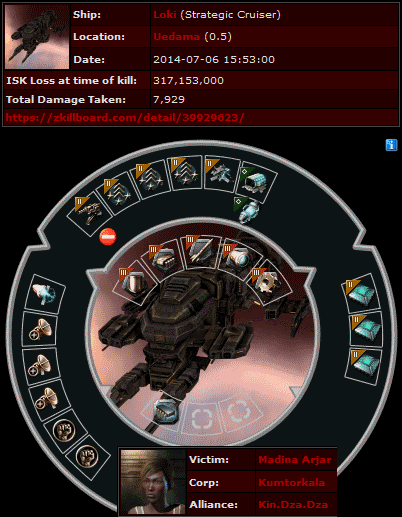 Do you ever get the feeling that you care more about a ship's fitting than the owner does? I certainly felt that way when I saw what Madina Arjar had given birth to in my highsec. Agents IREALLYHOPETHISNAMEWILLF and D400 didn't need to be told what we do to abominations in New Order territory. Madina's grotesque Loki will no longer disturb the good citizens of empire space. 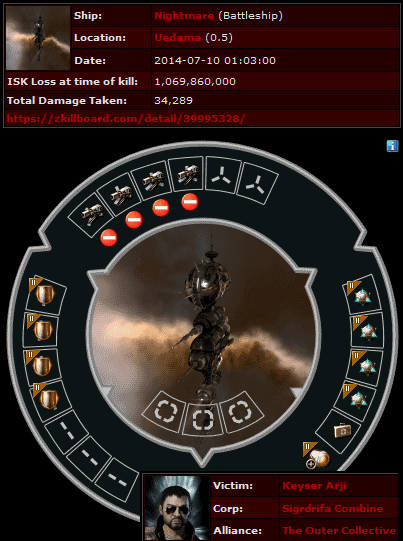 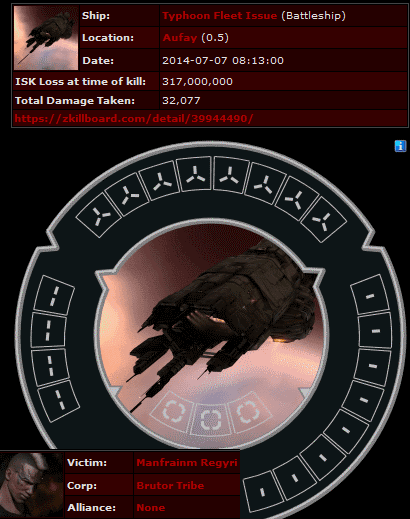 Manfrainm Regyri purchased a faction battleship worth 317 million isk and called it a day. Nothing in the highslots, midslots, lowslots, rigslots, or permitslot. For all you anti-Order rebels who squawk about us killing "ships who can't shoot back", it might be easier for them to shoot back if they had weapons equipped. Agents unknown boat, Alttwo Nicko, Mad Fatchick Killer, Amyclas Amatin, Jaxi Wreckful, Dalmat Madullier, Big C Chelien, Princess Suicide, Amarr Puhkastu, Lincoln Eff Sternn, loyalanon, and V-ktor Dolus reminded the carebear that highsec is no place to go around naked. 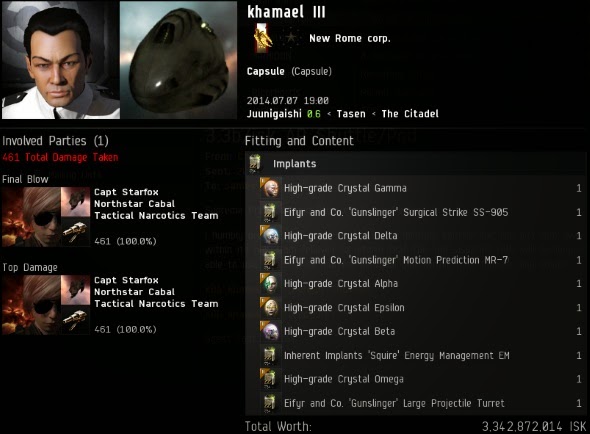 khamael III bought a full crystal set and a bunch of other expensive implants, totaling more than 3.3 billion isk. He was all set, except he forgot to buy a New Order permit. Oh yeah, and he forgot to buy a ship with hitpoints. Agent Capt Starfox found khamael loitering AFK in nothing but a shuttle, so he removed the shuttle and the pod from highsec. Luckily, Starfox is an official New Order diplomat. I have no doubt he broke the news to khamael gently. 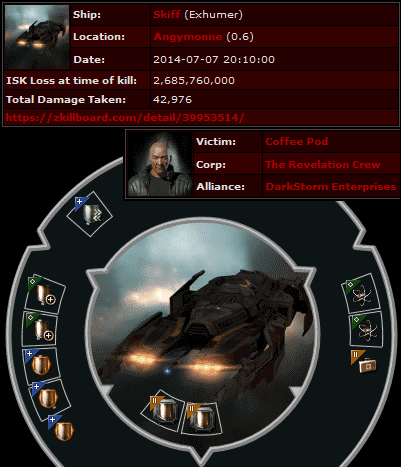 I'm often praised for my keen understanding of the carebear mentality, but sometimes the beasts do things that even I can't explain. Coffee Pod was flying a Skiff worth 2.6 billion isk. It was packed with shield hitpoints--a total of more than 150,000 EHP. And what was this über-tanked Skiff used for? It was a platform for a single, small remote shield booster. 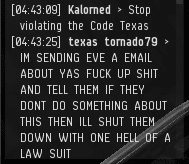 To be continued...
Posted by MinerBumping at 21:24