Telling someone to strangle himself? If angry Russian miners created their own EVE organization, it might be called "Broadcast 4 Threats". Just as surely as the water will come, it's time for another edition of the Highsec Miner Grab Bag! 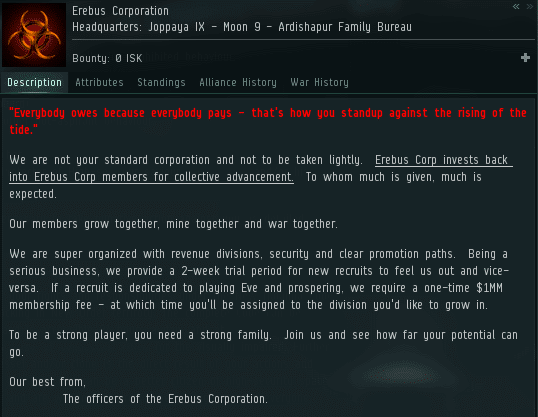 Which is worse: Admiral Foxbolt charging corp members $5/month, or Erebus Corporation charging an entrance fee? You might assume this is a one-man corp, but apparently two dozen people were willing to pay an entrance fee to join a highsec mining corp. 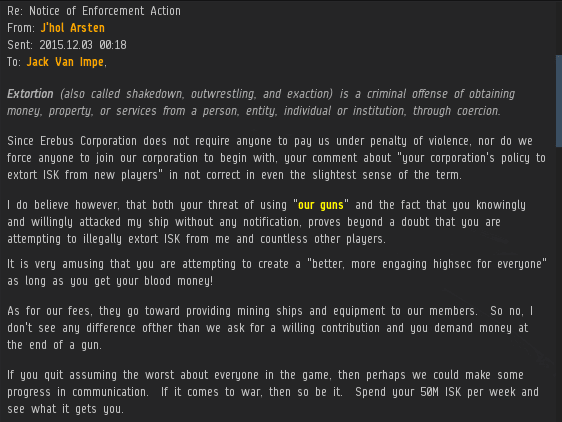 The Erebus Corporation soon attracted a wardec, as you'd expect. And its CEO accuses the New Order of being greedy!

Translated from a combination of Russian and broken English: "I'm not ready to obey the Code yet. Please continue ganking me."

It doesn't take many words to precisely communicate an emotion. Here, anger and indignation in the first sentence; a combination of anger and helplessness in the second sentence. Perfect!

EVE has a steep learning curve, but don't worry: You can learn a lot about the game just by reading local chat.

Click for full-size
Sam Gold suffered a 6.7 billion isk gank. (Actually, make that 7.5 billion isk with the pod added in.) Sam concluded that game's mechanics are flawed. I'm not one to give CCP a free pass on anything, but it looks to me like everything worked as intended. 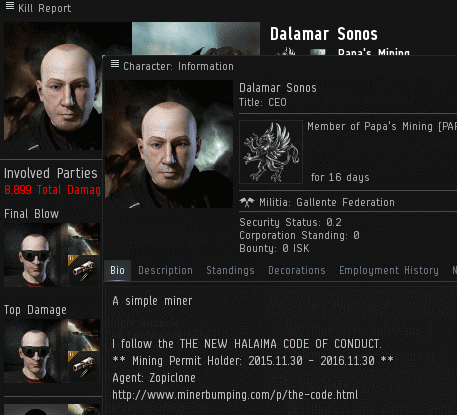 Somebody call the Anti-Gankers! Dalamar Sonos is a confirmed case of a New Order permit holder actually being ganked! Could this be it--the proof they've been searching for all these years?

Even Gallants make mistakes sometimes. But unlike Goofuses, they take responsibility. 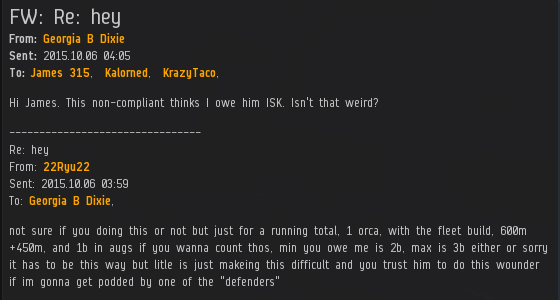 I'll be honest with you, miners. Carefully tallying up what an Agent "owes you" usually isn't worth the effort.

Dragonu Demonic suddenly showed his true colors once it became clear he wasn't going to be reimbursed. However, when Agent Zopiclone invited him to another convo...

As long as a miner hasn't quit EVE yet, there's still time to rescue him.

Who says EVE is stagnant? Highsec is changing for the better, every day.
Posted by MinerBumping at 21:30