They Say It Never Happens

Let's change things up a bit, dear reader. How about a mystery? 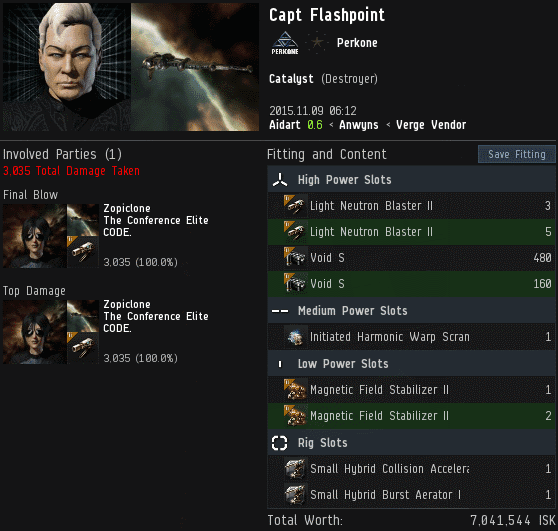 Gank Catalyst ganked by gank Catalyst in highsec shocker! Capt Flashpoint was closing in on a miner in Verge Vendor when he was unexpectedly ganked--by an Agent of the New Order? Had Zopiclone turned Anti-Ganker?! 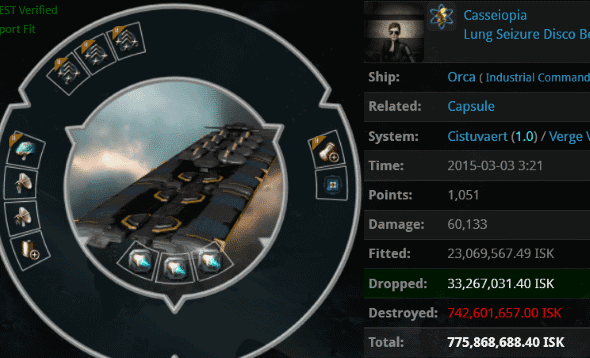 To untangle this perplexing incident, we must go all the way back to March of this year, when a fail-fit Orca was destroyed by Agent Big G Chelien during a wardec. 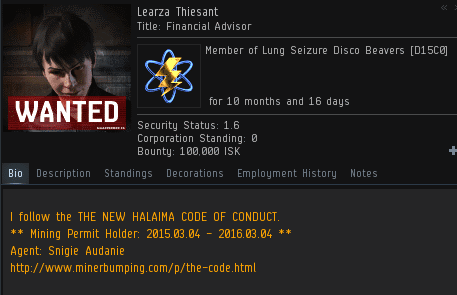 In response to the fruits of that righteous war, the Orca pilot and her corpmate and/or alt bought mining permits. Learza Thiesant vowed to be a compliant from then on. His mining ship was the one that had been almost attacked by Capt Flashpoint, before Zopiclone intervened.

Flashpoint joined the MinerBumping channel, where he was met by Zopiclone.

The young ganker's heart seemed to be in the right place, but he was confused. He needed guidance, the kind that the New Order is in the business of providing.

Zopiclone and Agent HotShotX Warcastle agreed to sponsor Flashpoint's next gank operation. They felt he was a good investment.

Unfortunately, Flashpoint returned from PvP to report an unsuccessful gank.

Young gankers are filled with passion, but they need someone to help direct their fury, to channel it toward a productive goal.

Flashpoint had tried to gank the permit-owning miner again. He was flying a Mackinaw, not a Retriever, and--like all Gallant miners--was very heavily tanked.

According to the Anti-Gankers, the New Order is filled with a bunch of lying, sociopathic extortionists who would never dream of honoring a permit. As usual, the Anti-Gankers are wrong.

In truth, the New Order isn't about destroying highsec; it's about saving highsec. Everyone who plays the game in good faith benefits from what we do. Bot-aspirants, on the other hand... 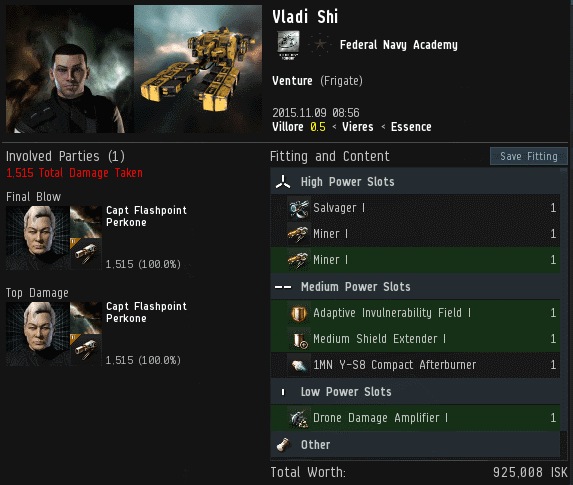 With help from his mentors, Flashpoint was able to return triumphantly from battle. He'd learned a lot about elite PvP from our Agents--enough to perform a little elite PvP of his own. If you're an Anti-Ganker, you've probably been told that mining permits are worthless. It's time to open your eyes to the amazing truth!
Posted by MinerBumping at 19:01